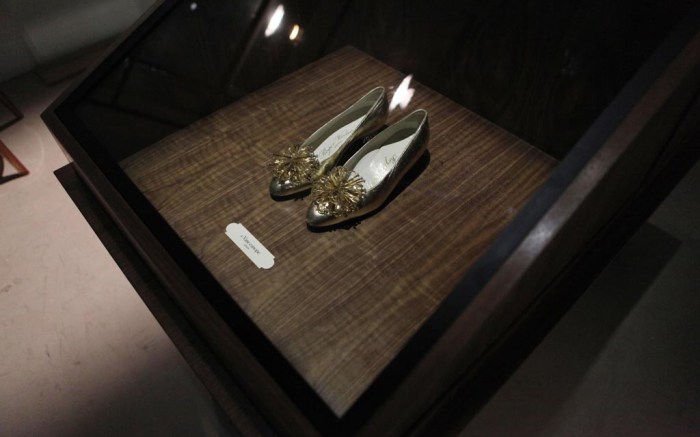 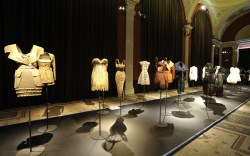 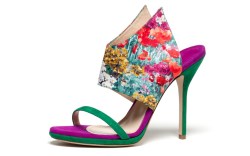 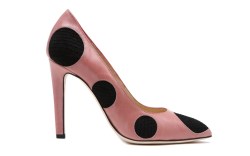 On Exhibit
There’s nothing more perfectly Parisian than taking a journey inside the world of Roger Vivier. The Paris Fashion Week pack got to do just that on Monday night during a cocktail party to fete the label’s new retrospective, “Virgule, etc … in the Footsteps of Roger Vivier.” The exhibition celebrates the work of the label’s late founder and namesake. “He was a genius, doing all of these crazy, beautiful things,” brand ambassador Inès de la Fressange said during a spring ’14 preview over the weekend. De la Fressange, Vivier Creative Director Bruno Frisoni and brand President Jean de Loisy hosted the Monday event at the Palais de Tokyo, drawing guests including Carine Roitfeld, Alber Elbaz and Leandra Medine, among many others. The exhibition is designed as a replica of a museum dedicated to shoes. It spotlights many of Vivier’s inspirations, from Africa to the Orient to 18th-century French and English artists. The display officially opens Wednesday and runs through Oct. 18.

Christian’s Agenda
While Christian Louboutin kept a low profile during Paris Fashion Week, he couldn’t miss one event: the opening of the Azzedine Alaïa exhibition, a must-see for many other insiders. “He is a uniquely talented designer and couturier,” Louboutin told Spy. “The exhibit is a perfect vision of his work.” The show opened on Saturday and will run through Jan. 26.

Juggling Act
For any young designer, keeping up with the frenetic pace of the footwear world can be a challenge. Paul Andrew now knows that firsthand. During his spring collection preview (in an elegant apartment with stunning views of Notre Dame), the British-born designer gave Spy a glimpse of his schedule. After New York Fashion Week, he hit Milan, where he was celebrated as a “Vogue Talent.” Following his Paris presentation, he is headed to Dubai next week for the first-anniversary celebration of Level Dubai. And, yes, pre-fall collection deadlines are looming, too, as well as several collaboration commitments, including a gig with Stefano Pilati at Agnona. “It’s a bit overwhelming,” Andrew said with a smile.

Next Steps
Chrissie Morris is thinking beyond footwear. The designer, who has been quietly nurturing her namesake label for several years, said she’s ready to add new categories. Handbags are first on the agenda, but kids’ shoes might be close behind. “I feel like it’s finally the right time,” said the mother of three. While she resides much of the year in Italy, Morris told Spy she’s looking forward to spending more time in London this year. “I miss being there and it will be nice to be back.”