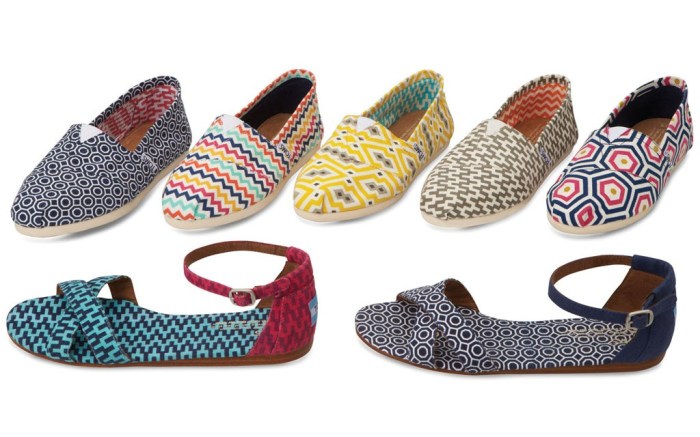 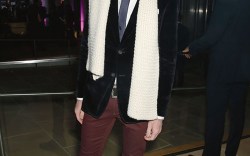 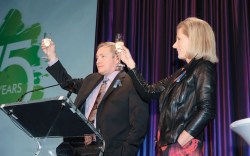 New Pair
Jonathan Adler is now in Toms shoes, too. During a visit with brand founder Blake Mycoskie in Los Angeles last week, Spy got an exclusive look at the latest collaboration up Mycoskie’s sleeve. Specifically, he’s taking the Toms x Jonathan Adler eyewear collaboration to the next level, by adding shoes for spring ’14. Mycoskie said the idea was an organic one, similar to his work with fan favorite Tabitha Simmons. Toms also plans to take a similar approach, replicating the same kind of buzz with consumers and media, said Mycoskie. The collection will include five women’s and unisex styles and two sandals, retailing for $59 and $64, respectively. Toms.com and Nordstrom will showcase the looks starting in late February. And the line, which features bold patterns and bright colors, is sure to get some added attention from Adler’s husband, Simon Doonan, a major fashion player as Barneys New York’s creative ambassador-at-large.

Punk Rock
Let’s rock ’n’ roll, says Ken Downing. “I’m having a rocker moment,” the Neiman Marcus fashion director told Spy when asked about his personal footwear style. So what music coincides with his rocker taste? “I’ve been listening to a lot of punk from the late 1980s and rap from the late ’90s. Rap music is where it’s at!” Downing also had some favorites in the women’s shoe market. “I’m loving what Paul Andrew, Charlotte Olympia and Gianvito Rossi are doing,” he said.

Runner’s World
Meb Keflezighi believes in customer service. The marathoner and Skechers pitchman is a co-owner (with fellow Olympic runner Bob Kennedy) of the three San Diego Movin Shoes stores, and while he might not be there every day, Keflezighi said he knows how to treat the shoppers right. “I make surprise visits,” he said. “[Recently] I was there and a lady who was buying my book and some shoes for a fundraiser for that night said, ‘Is it too much to ask you to come to the fundraiser tonight?’ So, you know, customer service at its best: I went and made an appearance.” Aside from his retailer duties, Keflezighi is prepping for the spring marathon season. The goal: Run Boston or London, “but hopefully Boston.”