FN Spy the Magazine: Up Close With Nicole Richie 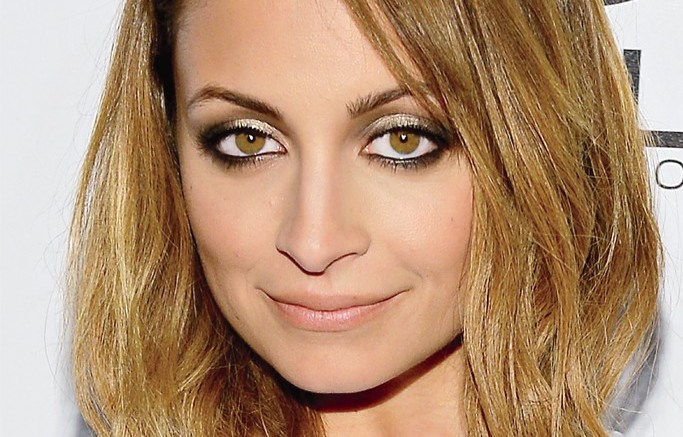 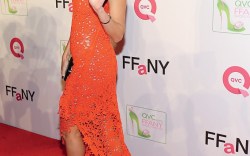 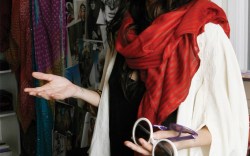 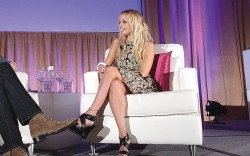 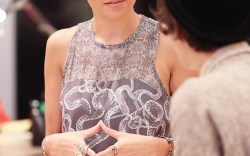 Between her growing lifestyle collections and a high-profile mentoring gig on “Fashion Star” — which enters its second season on NBC next month — life can get a little hectic for mom of two Nicole Richie.

But the designer approaches it all with a sense of humor. “I cry from laughter every single day. I’m easy to please [when it comes to having fun],” she said.

That lighthearted spirit and inherent knowledge of what’s cool and current comes through in the fall ’13 House of Harlow 1960 footwear collection, showing at FN Platform this week with partner Modern Vintage.

The rock-star casual silhouettes, ranging from booties and flats to moccasins, feature skulls, chains, spider motifs and beading, along with metallic, architectural heels. The designer takes the same relaxed-yet-edgy approach to her House of Harlow accessories, which include sunglasses and handbags, as well as the apparel offerings for contemporary label Winter Kate.

The inspiration for Richie’s collections centers on her personal tastes, particularly an unwavering love of music, and the designer said her jet-setting lifestyle also had a heavy influence on the season’s footwear. “I’ve pretty much been everywhere this year, [including] Australia and the Caribbean,” she said. “You are definitely going to see, [reflected in] the beading and the artwork, my inspiration from travel.”

While tight-lipped about the new season of “Fashion Star” — in which Richie mentors contestants through the reality design contest — she did offer up some advice for emerging talent.

“I am always encouraging my customer to let go of trends and really just dress for themselves, be inspired by whatever they are inspired by and express themselves through fashion,” Richie said.

She added that each season presents challenges, but they ultimately have helped her to develop the brand. “I view challenges as positives, and it’s all about learning and growing,” the designer said. “You have to study your craft, and I’m learning every day.”

For fall, Richie is building a bigger international presence for House of Harlow and growing the footwear assortment (the fall ’13 collection is the brand’s largest to-date, with about 90 SKUs). Later this year, she will debut apparel under that label as well.

“The growth of the brand has been beyond our expectations,” said Modern Vintage CEO Rick Cytrynbaum, adding that it has seen substantial gains in Europe, Canada, the U.S., Japan and Australia, and is in talks with potential market partners for China, South Korea and South America.

“We are really expanding on the categories that have done extremely well for us, [primarily] the world of casual,” he said. “After the last few years, we understand who our customers are and what they expect from House of Harlow.”

Cytrynbaum noted that both Richie’s upcoming shoe collections and her House of Harlow apparel will build on that casual vibe.

“[Nicole] is a designer, creator and influencer with a very distinct point of view,” he said.

Tia Powers, buyer for Shopbop.com, which has been carrying House of Harlow since its inception in 2010, said the line embodies “what Nicole herself loves to wear.”

“[It is] an effortless mix of boho-chic and vintage pieces with a modern twist,” Powers said. “Similarly, her footwear offers classic styles infused with vintage-inspired elements that make each pair feel special. The line is successful because she designs a collection that can appeal to all aspects of a customer’s lifestyle.”

Besides her own designs, Richie’s eclectic closet includes pieces from Saint Laurent, Balenciaga and Zara, as well as vintage looks.

“She’s not a clothing snob, which I love,” said Hollywood stylist Cher Coulter, who dresses Richie and other stars such as Kate Bosworth, Sienna Miller and Scarlett Johansson.

“[Nicole] is just a super girl, and her style reflects that. She’s willing to try new things and she loves fashion,” Coulter said. “She’s a big fan of prints and is not afraid to mix them, which is refreshing and  modern.”

Richie added, “You have to be able to have fun and take risks.”

Nicole’s Vegas Views
First memory of Las Vegas: “I live about an hour flight from Vegas, so I have been there a ton, but my first real memory of it was going and seeing a show called ‘Starlight Express.’ I was really excited.”

Vegas gripe: “I like to be outside, and in Vegas everything is inside.”

Craziest story: “It isn’t anything I can share today!”

Wildest outfit seen in Vegas: “It’s really hard to narrow it down. Most people are wearing close to nothing, so I don’t know if I would even consider that an outfit.”