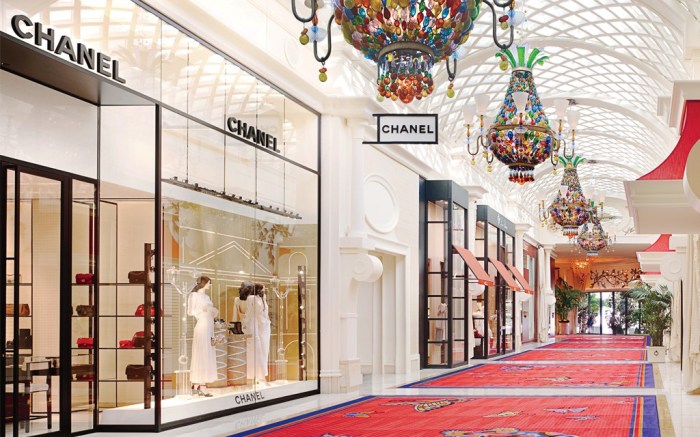 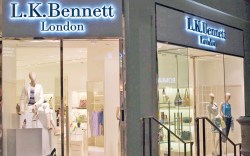 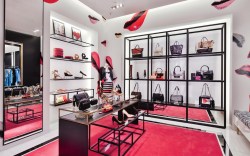 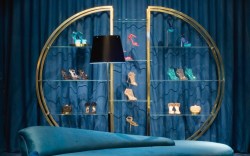 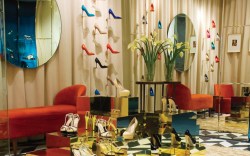 Las Vegas shows no signs of losing its retail luster. While some areas of the country have slowed in terms of store openings, upscale designers and labels continue to debut new doors in the city at a rapid pace.

This year alone, Diane von Furstenberg, Henri Bendel, L.K. Bennett, Nicholas Kirkwood, Sandro and Sergio Rossi have bowed locations on the Strip. Earlier this month, Valentino debuted a boutique at The Shops at Crystals. In February, Macy’s opened a new men’s store at Fashion Show Mall. Rapper Nas is setting up a sneaker shop in the city later this year, as is women’s label M Missoni. And Havaianas has announced plans to debut a store here in 2014.

At the same time, existing brands are increasing their footprints. Michael Kors, Bebe and Tod’s, among others, have recently expanded or remodeled locations at The Forum Shops at Ceasars.

RELATED STORY: Tales From the Forum >>

“There is such an energy in Las Vegas,” said Tim Crout, president of Sergio Rossi Americas. “As long as it maintains a buzz, it’s a hard thing to replicate. You don’t feel that in other gaming-centered cities.”

“Vegas continues to be a hot spot for retail, primarily due to the mix of desirable brands and stores located in a relatively small area,” said Maureen Crampton, director of mall marketing and business development for The Forum Shops at Ceasars. “The diversity of brands has helped Las Vegas provide visitors an unequaled shopping destination.”

Furstenberg, L.K. Bennett and Rossi chose the Forum Shops as their home bases, while Kirkwood’s boutique is located in The Wynn. All said the city as a whole is attracting an array of shoppers — and what they buy isn’t always what you’d expect.

Crampton pointed out that Vegas represents a unique retail proposition because the consumer base rotates every three-and-a-half days as tourists arrive and depart.

“You always have fresh eyes looking at your product,” said L.K. Bennett’s VP of marketing, Mark Lukas. “The international shopper is there … so we’re introducing our brand to the global shopper as well as the American shopper in that store.”

“It’s such an international city, with a whole new crowd every week,” Kirkwood said, adding that the diverse consumer group is drawn to a wide range of products. “We’ve seen responses in all our different categories.”

Crout agreed: “It’s also a very sophisticated clientele. They know designer very well. Of course, we sell a lot of cocktail and a lot of evening, but also a lot of daywear and pool shoes and day/evening.”

Still, there’s no denying that bling reigns supreme on the Strip. Most designers offer products specially made for the Vegas market since so many shoppers buy with the intent to wear their purchases that night on the town.

“It’s very much a buy-now, wear-now experience,” Lukas said, noting that L.K. Bennett designed two shoe styles specifically for the Vegas store — the Carmen and Sophia stilettos. Encrusted in crystals, the heels are priced at $795 and $1,275, respectively.

“Those price points are considerably higher than our normal $295 to $395, but the shoes have performed really well,” Lukas said.

Kirkwood said he drew on some of his past experiences selling to retailers in Las Vegas before opening his own boutique.

“I had some knowledge about certain types of product that had done well there in the past — bright colors and high heels,” he said. “So I made sure we offered some special pieces in different colorways that aren’t the same as the other stores. It will be an ongoing thing.”

Sergio Rossi’s Crout cited the brand’s Mermaid style — a sandalized bootie on a 4-inch heel — as a hot seller in the new store. And while the Vegas boutique doesn’t feature exclusive product this season, that will change. “Because we opened at the end of the season, we didn’t get to do something special,” Crout said, “but we’re looking to do that next year.”

While the fashion labels stressed the importance of appealing to tourists, all agreed that the local customer is essential, too.

“We do focus on tourists, but we also do reach out to local women via special events,” Lukas said.

Crout agreed that Las Vegas-based consumers are essential to the store’s success, and he will expend considerable effort to attract them. “You still have to speak to a local base because tourist patterns can change, and [tourists] can go somewhere else,” he said, noting that Sergio Rossi will host events in partnership with local women’s charities.

“As a brand, we’ve been very focused on charities that empower women, so that’s something we’ll be working on going forward,” he added.

But no matter the customer, brands benefit from the fact that shopping sprees have a become a major part of the Vegas retail experience.

“It’s not unusual for someone to buy eight to 10 pairs at a time,” Crout said.

“It’s the nature of the town,” Lukas said. “I have women come in and pick up seven pairs at a time, which is really fun.”

Kirkwood said his store also has seen some big shopping excursions. “We have a customer who buys 10 pairs and wants them shipped back home,” he said. “We’re still getting used to it. It’s still pretty new.”

And in true Vegas form, the designer’s boutique has hosted some late-night adventures. “We’re open until midnight, so after a certain time, the customer gets a little more … friendly,” Kirkwood said with a laugh.