FN Spy: The ‘Heat’ Is On… Toms Hearts Tabitha 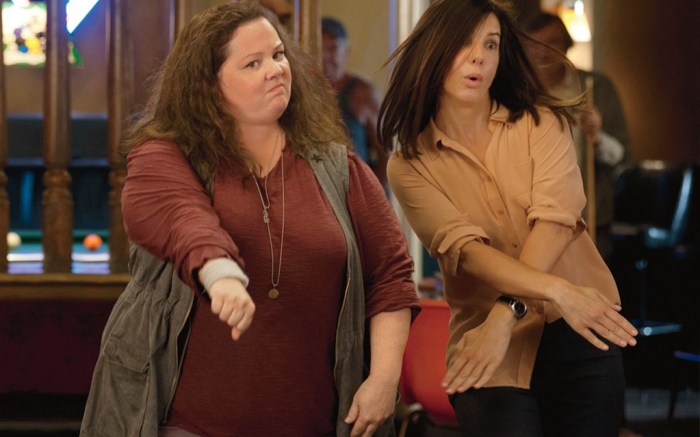 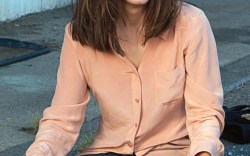 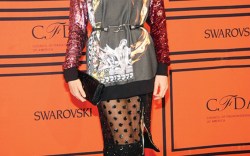 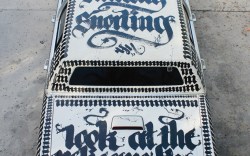 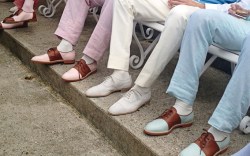 Heat Stroke
Sandra Bullock and Melissa McCarthy know how to turn up “The Heat.” The actresses play FBI agents in their new movie, and their footwear serves them well. “I often start with what they wear on their feet,” said Catherine Marie Thomas, costume designer for the film, which hits theaters Friday. “Especially if they have to run [and perform] physical activity, like in this film.” Here, Thomas talks about mastering the balance between masculine and feminine style, and provides a behind-the-scenes look at working with two powerhouse celebs.

What footwear brands have a starring role?
“For Melissa, it was Adidas, with black-on-black stripes. For Sandra, we chose a Chloé ankle zip-up boot with a chunky heel that was a little feminine, but not too feminine. And when they go to the club, Sandra wears these tall pointy Prada boots, which were sexy and fun.”

What about looks for the male characters?
“The bad guys in the film have a bit of a cheesy element. There [is one moment] where their boots are too long and pointy — it’s certainly very funny. There [are also] Nike Air Force 1s, great classic shoes.”

What was it like working with Sandra and Melissa?
“They are completely willing to transform themselves. They really respond to the wardrobe [choices]. They are both strong and so silly and hilarious to work with. Melissa’s character lends [herself] well to the Adidas shoes. She’s just so physical and always putting her foot up or tripping over things or running. It was very important that she could do that.”

New Pair
It wasn’t all work and no play when Tabitha Simmons teamed up with Blake Mycoskie. “I rode down a slide during my first tour of the Toms Shoes office [in Venice, Calif.],” said Simmons, who worked with the brand on a line of women’s and children’s shoes. “This is my first time designing kids’ shoes. As a mother and designer, it blends my two worlds perfectly.” But that wasn’t the pair’s first encounter. They actually met in 2012 at the FN CEO Summit in New York, where both were speakers. “I thought [Blake] was brilliant. He has such amazing energy and is so incredibly passionate about the work he does,” Simmons said. And the feeling was mutual: “There is only one Tabitha,” said Mycoskie. The Toms + Tabitha Simmons collection, which hits stores in November, features design elements such as polka dots and paisley prints. “Tabitha’s talent speaks to a more fashion-forward and luxury consumer, so we instantly thought of her for our premium Toms+ collection, which aspires to attract this shopper,” he added. “What she has brought to this collection is unlike anything we’ve done before.”

Kool Ride
Footwear might be Rem D. Koolhaas’ main passion, but cars aren’t far behind. “When I was a kid, I would always draw cars,” said the United Nude creative director and co-founder. “I thought I was going to be a car designer.” And in a way, he is. Koolhaas and team recently commissioned graffiti artist Niels “Shoe” Meulman to paint a 1984 Cadillac limo for promotional events. That car is now in San Francisco, as part of Meulman’s July solo exhibition at White Walls gallery. It later will be chopped into pieces and sold as individual artworks. “You are buying a piece of history and a piece of the [United Nude] story,” Koolhaas said. “It’s a really exciting project.” And that’s not the designer’s only auto-related endeavor: Koolhaas is creating a new United Nude car, set to be unveiled during Beijing Design Week in September. But that vehicle won’t be cruising the expressway — its speed and power are comparable to a golf cart. “It’s more like a drive-able sculpture,” he said.

Common Threads
Manolo Blahnik is excited about the energy in the men’s market, especially around shoes. “Men want to have fun, too. They are becoming more discerning and demanding when it comes to footwear, and they want more interesting styles in great colors,” the designer said. He collaborated with Savile Row tailor Anderson & Sheppard for the spring ’14 edition of London Collections: Men last week. For the project, Blahnik updated existing styles with new colors, such as pastels, and incorporated interesting material combos, including leather and linen. “I have been getting my suits done by Anderson & Sheppard for 35 years now,” Blahnik said.

True Character
Viva Las Vegas for Bernard Leifer. The CEO of SG Cos. traveled to the city last week, where he was inducted into the Licensing Hall of Fame by the International Licensing Merchandisers’ Association. “It has been a long journey from the slums of Williamsburg/Bed-Stuy, Brooklyn, to this stage here tonight,” Leifer said during his acceptance speech.