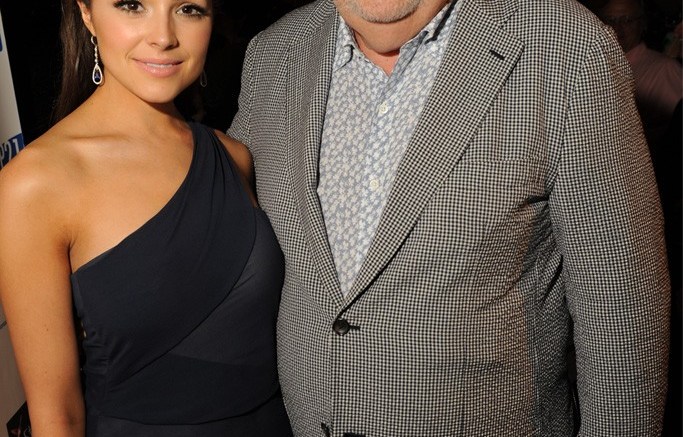 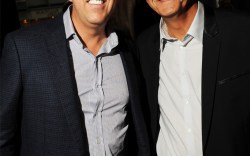 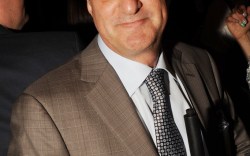 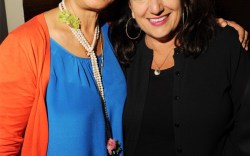 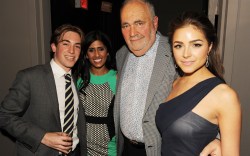 Party Like Gatsby
Thursday night they partied like it was 1925. Two Ten Footwear Foundation kicked off the fifth Young Professional’s party with a “Great Gatsby” theme (think boas, top hats and pearls). The man of the hour was Chinese Laundry CEO Bob Goldman, who was honored for his industry work. “Once you get footwear in your system, you can’t get it out,” Goldman told the crowd at EVR Lounge. “Dedication will help you find success.” Miss Universe 2012 — and Chinese Laundry special guest — Olivia Culpo also attended. “It is an honor to work with Chinese Laundry. I’m here to support him,” Culpo said of Goldman. Top shoe execs, including Titan Industries’ Joe Ouaknine, Fred Mossler of Zappos.com and Pentland USA’s Sonny Shar, also showed their support at the event, which raised more than $100,000 for the foundation.

Click here to see more photos from the party >>

Brit Bashes
Call it British hospitality or ingenious marketing. Whichever it is, Kurt Geiger is set to host several soirees at its Bleecker Street store this summer, in large part to lure new customers to the store. Robert Holness, Kurt Geiger’s VP of retail, told Spy he plans to invite concierge staff from various hotels to attend the events. “When people travel, they often ask the hotel concierge for advice on where to eat and shop. Hopefully, we’ll get good mentions once they get to know our brand and where we are,” he said. “Plus, we have a beautiful garden we need to utilize more.”

Female Power
Industry leaders also came out to support the second annual Two Ten WIFI National Conference on Thursday. This year’s guest speaker, Shelly Lazarus, chairman and former CEO of Ogilvy & Mather, shared secrets to her success with Brown Shoe Co. President and CEO Diane Sullivan, who led the discussion. Among the intimate group of guests, Libby Edelman, Louise Camuto and Carol Baiocchi of Kohl’s listened in as Lazarus emphasized the importance of loving what you do and being able to firmly stand your ground in the workplace. “One thing I’ve learned is being able to say no to projects that bring no substance to my job,” she said. “People will figure out a way to deal with it.”

Celebration Station
H.H. Brown hosted a big fete of its own on Thursday to mark 130 years in business. The company welcomed a wide variety of guests at its New York showroom, including designers, celebrities and athletes. New York Giants player Prince Amukamara, “Project Runway” contestants Benjamin Mach and Samantha Black, and “World War Z” actor Eric West were all on the list. Retailers in attendance included Ruth Hartman, SVP and GMM for women’s merchandising at DSW.