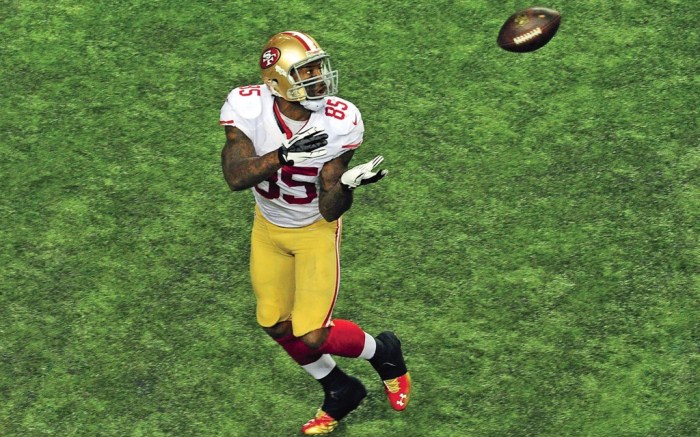 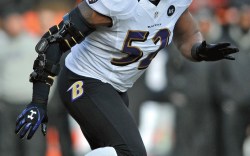 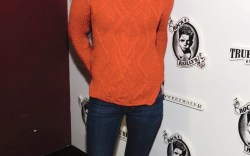 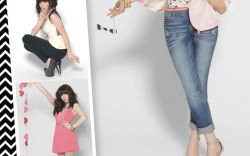 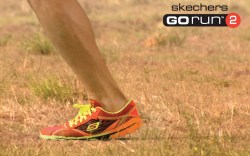 Field Goal
Who are industry players betting on in the big game? When the San Francisco 49ers and Baltimore Ravens face off in the Super Bowl, many designers and execs will be watching closely. Titan Industries CEO Joe Ouaknine is inviting his team over for a viewing party, where he will cheer on San Francisco due to several personal ties. “They are a West Coast team and [Titan] President Brad Bailey’s son played for [head coach] Jim Harbaugh while in college at San Diego,” he said. Designer Rachel Roy has a more sun-filled activity planned for the big day. “I will be in Florida watching with my girls in the sun at Fisher Island,” she said. “49ers all the way — Bay Area born and raised.” And Sportie LA co-owner Isack Fadlon is betting on California’s team as well. “The 49ers will win,” he said, adding that he’ll host a party at his house. “One must either like football or appreciate great commercials, either one gets you in.” But even with all the hype, some designers might boycott the event altogether. “Fashion Week pretty much knocks a Super Bowl party to the back burner, especially when your team is not playing,” said Billy Reid, a New Orleans Saints fan. “I’m not bitter,” he quipped.

Kohl’s Call
Candie’s is calling on Carly Rae Jepsen. The Iconix Brand Group-owned brand tapped the songstress for its spring Kohl’s campaign. And according to Jepsen, she enjoyed embracing her girly side while on set. “That’s what I loved about the shoot — I got to be my most femine side,” she told Spy. Iconix Chief Marketing Officer Dari Marder said the choice was an easy one. “She’s a pop-culture phenomenon and represents the Candie’s girl,” she said. “I was slightly obsessed with ‘Call Me Maybe’ this past summer like the rest of the country.”

Commercial Break
Move over Mr. Quiggly. After Skechers USA Inc. brought the French bulldog to the spotlight in its Super Bowl ad last year, the brand has another animal in mind for Sunday’s GoRun advertisement: a cheetah. “You’ll see a chase unfold, man vs. cheetah, with a surprise ending that we think viewers will love,” said Skechers President Michael Greenberg. “You also have to root for a favorite in the chase — man, cheetah or gazelle, so the anticipation adds a fun element of surprise.” But it doesn’t stop there. The brand will also run a second spot during the game featuring Joe Montana in Skechers’ Relaxed Fit footwear. So who is Greenberg rooting for in the actual game? “I’m from Boston, so it was disappointing to see the Patriots lose,” he said. “But the 49ers are in and that’s exciting because Joe Montana is a former player and one of the best quarterbacks ever.”