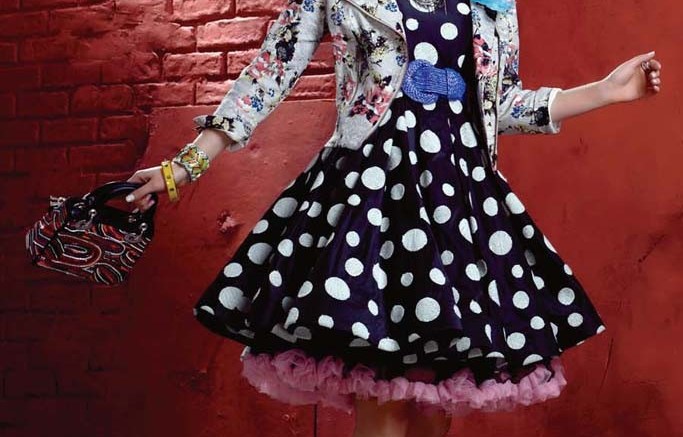 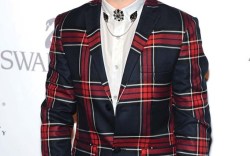 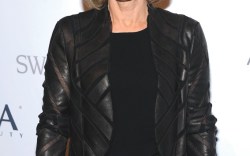 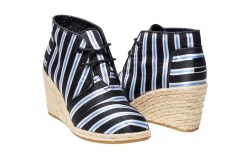 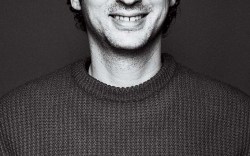 Costume Party
Eric Daman knows his way around shoe closets. The costume designer for “The Carrie Diaries” (currently in its second season) came to fame for his work on “Gossip Girl.” So how does he describe his personal style? “Classic East Coast and urban equestrian,” Daman told Spy. Here, the designer reveals the best brands for TV and his favorite Manolo Blahnik moment.

What are your go-to brands on set?
“Everyone loves a pair of Christian Louboutins, and I have a passion for Roger Vivier shoes. I love the Vivier look — it works great for Upper East Side [New York].”

When was your favorite footwear moment for Carrie?
“When Carrie [played by AnnaSophia Robb] gets her first pair of Manolo Blahniks. It was that aha moment and a precursor to what goes on in ‘Sex & the City.’”

What’s on deck for your down time during the holidays?
“My mom is visiting from Michigan, so I’m taking her to see the Rockettes for the first time.”

Sullivan Says
Does Diane Sullivan travel with groupies? It appeared that way at the ACE Awards, where the Brown Shoe Co. president and CEO received the Business Visionary Award. The executive was accompanied by a handful of power players, including Bob Campbell, Sonny Shar, Sam and Libby Edelman (who introduced their boss), HGTV star and Brown collaborator David Bromstad and designer Paul Andrew. In a twist, Sullivan and Andrew are both being honored next month at the Footwear News Achievement Awards as Person of the Year and Launch of the Year, respectively.

Good Foot
Not only is Blake Mycoskie a fan of Tabitha Simmons, but his wife is, too. “My wife’s credit card statement alone is proof that women love Tabitha’s shoes,” said Mycoskie, who celebrated his collaboration with the designer at The Fat Radish in New York last week. (For an inside look, see page 24.) A group of editors, “it” girls and friends gathered at the intimate dinner, including model and up-and-coming actress Dree Hemingway, who worked the room in Simmons’ Eva booties, and Liv Tyler and Hilary Rhoda, who both stood out in scarlet stilettos from the stylist-turned-designer. While this crowd was mainly in heels, Simmons and Mycoskie’s kicky cricket-stripe flats and comfy chukka wedges were the talk of the evening. However, Simmons was less focused on the footwear and more on the cause. “My favorite part of this whole process was going on the giving trip to Honduras. It was truly amazing.” Also on the agenda for the Toms & Tabitha Tour? London, where they held a second celebratory dinner last Wednesday.

Married to Marant
Husband-and-wife designers Isabel Marant and Jérôme Dreyfuss share an industry, but that doesn’t mean their dinnertime conversations veer toward fashion. “We do [exchange] some ideas — I can ask her where to find a certain fabric, for example — but we have so many other things to talk about,” Dreyfuss told Spy. “I talk more about fashion with my friends from the business.” When the couple has time together, they concentrate on fun and relaxation. “We love traveling. We do everything together,” Dreyfuss said. That approach seems to be working, as the duo has been married for 17 years and counting. “It gets better and better,” the designer said.

Fabulous Fox
Vivica Fox loves her Giuseppe Zanotti looks. The actress paired the designer’s silver stilettos with a jeweled scarlet Alexander McQueen gown to host Wednesday’s K.I.D.S. and Fashion Delivers gala fundraiser. “I’m the hostess with the mostest this evening,” Fox said. But the event’s charitable cause trumped the time in the limelight. “We’re so lucky in fashion that we get to wear beautiful clothes,” she added, “but there are a lot of people living in poverty. There are kids who need the basic necessities of life. If we can give back to generation next, we can give them a boost up and put a smile on their faces.” BBC International CEO Bob Campbell, who was one of the evening’s honorees, also had a red-carpet moment, accompanied by son Seth and fiancée Barbara Zangrelli.

Give, Then Receive
’Tis the season. While shoppers will be scoping out Black Friday/Cyber Monday sales, Two Ten Footwear Foundation is focused on “Giving Tuesday,” set for Dec. 3. The event encourages people to donate to charities in the spirit of the holiday season. “Giving Tuesday provides a way for shoe people to connect with the missions of the organizations they care deeply about and to show the nation what a compassionate industry we are,” said Kate Kaplan, director of development at Two Ten. Donations can be made at Twoten.org/givingtuesday, just in time for the organization’s annual fundraising dinner the following day.