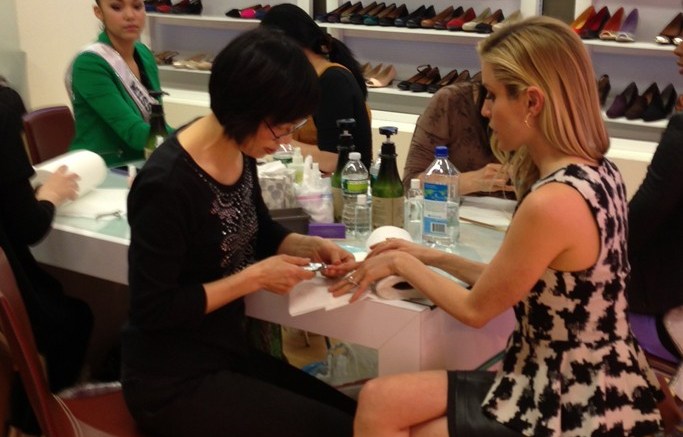 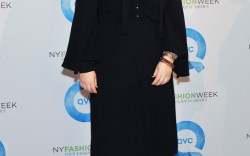 Rest & Relaxation
Who doesn’t like being pampered? Kristin Cavallari took advantage of the manicure station, wine and s’mores at Wednesday’s Chinese Laundry party to celebrate her line. Cavallari, who is putting the finishing touches on her fall line with the brand’s design team, chatted about her love of boots — and family. The reality TV star and new mom said she was eager to get back home to her family, including 7-month-old son Camden. Though he’s not yet walking, Camden is starting to stand up, and his first word seems to be just around the corner. “It’s easier for kids to say ‘dadda,’ but I’m really hoping he’ll say ‘mamma’ first,” joked Cavallari, who also filmed for an “Access Hollywood” special while in New York.

Designer’s Decade
Happy anniversary, Cynthia Vincent. The designer appears to be nostalgic as she celebrates Twelfth Street by Cynthia Vincent’s 10th year. To mark the occasion, Vincent has brought back some of her most successful styles. The classic pumps and booties were reimagined for spring and fall ’13, with added details such as bold embroidery and new colors and textures. “[These silhouettes are] some of my best, iconic pieces,” Vincent said. “Looking back, I am really proud to see how my collection has withstood the test of time. It re-energizes me to [keep] doing real clothes, real shoes — things [women] still want to have.” She noted that the timing of the capsule collection was fitting, given the market’s growing appetite for heritage looks. “As a society, we want something authentic,” she said. “We’ve gone through the faux reality, so now there’s a desire for something with a history, something you can grab onto.” Vincent added that customers also should be on the lookout for other anniversary-related endeavors from the label, though details remain under wraps for now.

Luxury Market
DSW feted the opening of its first Luxe810 pop-up shop in Manhattan on Wednesday, and while the company’s SVP of marketing, Kelly Cook, was there on business, she also coveted a few choice items from the racks of deeply discounted designer apparel. “If it says luxury, I’m kind of [sold on it] immediately,” she said, listing Dolce & Gabbana, Alexander McQueen, Prada and Armani as a few labels on her long list of faves. The party also got a splash of celebrity with the appearance of Rosie Perez and Gina Gershon, who attended to support the event’s beneficiary, Urban Arts. “[Rosie and Gina] are fantastic,” Cook said. “They are both having a blast shopping.” As for her personal fashion idols, the exec told Spy, “I love any celebrity who bucks the trends and identifies with her own style. I love Cindy Crawford. We’re the same age, and she wears leather leggings and high heels.”