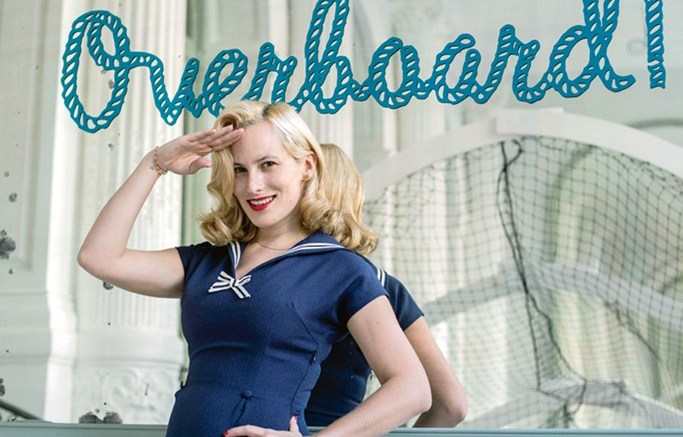 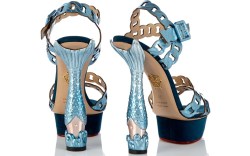 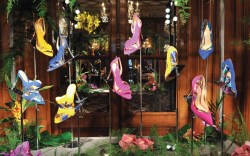 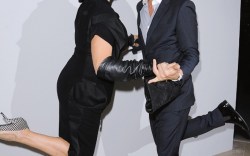 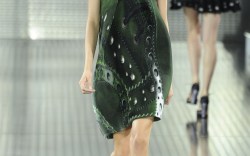 Tour de Paris
The big luxury names. Hot new talent. And a whole lot of buzz. It was a Paris Fashion Week to remember, and Spy was there for all the action.

While many designers kept up a frenetic pace, a relaxed Christian Louboutin got comfortable at a café outside his Rue Jean-Jacques Rousseau headquarters, where he talked about his favorite vacation destinations: Los Angeles, Portugal and Brazil, among others. One place he isn’t keen on? Milan. “You couldn’t pay me a lot of money to go there,” Louboutin quipped. The frequent flier also opened up about one of his weaknesses: driving. “I failed the test five times.” But the designer is moving full speed ahead on retail expansion and hinted that a mega-Miami boutique, set for a 2015 debut, will house women’s, men’s and beauty in one space. (His red-sole beauty line has been delayed until sometime next year.)

Fellow Frenchman Pierre Hardy was in a reflective mood, musing about his newfound free time. “Since I stopped doing Balenciaga, I’ve had the space to think about what I really want to do with my collection,” he said. Fourteen years after launching his namesake line, what advice would he give to aspiring young designers? “I have no idea what I would say. I remember putting my soul on the table for that first collection. For me, it’s just been about doing what I love.”

Charlotte Olympia Dellal clearly loves every aspect of her job, so much so that she hopped on the Eurostar from London just two weeks after giving birth to baby Rio, to attend her whimsical “Overboard” presentation. “I’m only here for a few hours and then I’m going back home,” she said, proudly showing o¦ photos of her third son. Her other big arrival: the spring ’14 sea-inspired collection, which came to life in her Paris showroom. Not surprisingly, Dellal considered every detail, from the boat bar and messagein- a-bottle displays to the temporary pirate tattoos and lobster and fish heels. “It’s all been in my head for a while,” said the designer, who donned a sailor dress of her own creation for the occasion.

Alexandre Birman understands the pressures of juggling work and family, and he’s about to get even busier. At the designer’s elegant presentation at Hotel Le Bristol, Birman and wife Johanna revealed they are expecting their second child next spring. (Daughter Olga was born last year.) “Alex says he wants five kids, but I don’t know about that,” she joked. The couple was in Paris for just 48 hours before returning to Brazil for a big meeting.

Tabitha Simmons certainly logged plenty of miles during “Fashion Month.” After styling Dolce & Gabbana’s show in Milan, she flew home to New York for a few days, then back to Paris to debut her new line. Simmons was also in the City of Light to help her husband, Craig McDean, celebrate the release of his new book, “Amber, Guinevere and Kate Photographed by Craig McDean: 1993-2005.” “I’m so, so proud,” she tweeted.

Rising stars Paul Andrew and Aquazzura’s Edgardo Osorio both revealed some recent high-profile endorsements. Andrew won Vogue Italia’s “Who Is on Next” competition in the accessories category (and dined with fellow honoree Sophia Webster in Milan recently). Osorio is winning, too. “It’s one thing to have the retailers buy the shoes, but when you see people wearing them in the front row, it’s [truly amazing].”

Vivier’s Day
The Palais de Tokyo in Paris was the place to be last Monday night with the opening of the much-touted Roger Vivier exhibit. Diego Della Valle, Bruno Frisoni and Inès de la Fressange (who collected many of the archival pieces herself from various auctions) hosted the launch of the footwear retrospective, crafted by “it” curator Oliver Saillard. Works by the label’s late namesake and by Frisoni were intermingled depending on theme — rather than year or creator — to highlight the importance of the brand’s overall ouevre. But the current man at the helm hinted true aficionados will not need the accompanying app to identify the looks. “You can tell which are mine,” Frisoni said, smiling. Indeed, Spy could.

Mary, Queen of Shoes
Turns out designer Mary Katrantzou has an obsession with shoes. So much so that this season a collaboration with Gianvito Rossi sparked the theme for her entire line. “I was researching di…erent shoe styles to discuss with him and became so inspired,” Katrantzou said. The result? A collection fit for fellow footwear fiends: brogue-print dresses, jackets that mimic Marie Antoinette’s ornate slippers and a series of sporty looks featuring 1980s sneaker graphics.

Singled Out
Kate Moss has released her first single — well, sort of. On the heels of the supermodel’s new campaign with Stuart Weitzman, the brand approached DJ-about-town Brendan Fallis with a proposition: Turn a voice clip of Moss into a track. “My friend Andrew Watt and I locked ourselves in a room for a few days and voilà,” said Fallis. The saucy “Day & All Night” single has gone viral, with Moss cooing, “I think thigh-high boots are glamorous and sexy, especially when you wear them with short skirts.”