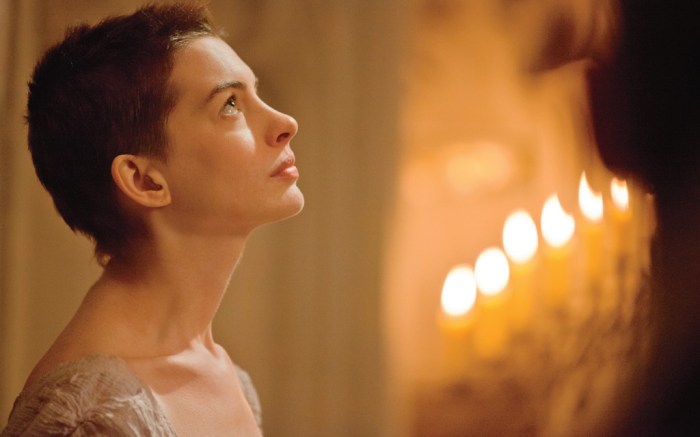 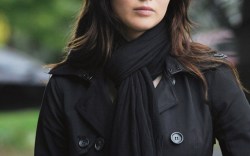 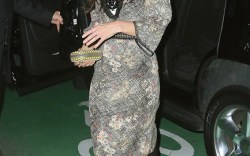 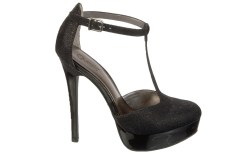 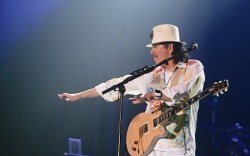 Film Reel
The cat’s out of the bag. With the Academy Award nominations announced last week, designers are making their way to the movies. And Oscar frontrunner “Lincoln” is a favorite so far. “I am a huge history buff and longtime admirer of Daniel Day-Lewis,” said Stuart Weitzman of his pick for Best Picture. And Tiffany Tuttle was on the same page. “I love history and I am particularly obsessed with ‘Lincoln,’” she said. “It was extremely well made and such a strong portrayal of him.” But awards season is also a chance for these movie buffs to show their own skills. “It’s always fun to see the films celebrated for their grand performances, but the real excitement is the red-carpet fashion,” Weitzman said. So who would the designer like to see in his looks? His top actress choices, perhaps? “Jennifer Lawrence and Anne Hathaway [for best Supporting Actress],” he said. “Both truly embodied their characters.” Jerome Rousseau is hoping to win Jessica Chastain’s attention. “So much beauty rolled into one person,” he said.

Shoe Shine
For Gio Diev, a little celebrity attention goes a long way. Oft-photographed New York actress Katie Holmes has sported designer Gio Metodiev’s styles four times over the past several weeks, including on trips to and from the Music Box Theatre, where the actress performed in the Broadway play “Dead Accounts.” “As a result, our personal order business has increased by more than 50 percent,” the designer said. That should give him an extra boost as he preps for fall ’13, when Gio Diev will make its Milan Fashion Week debut.

Music Man
It’s no surprise that Carlos Santana grooves to the music while he is designing his footwear line. The musician, who partners with Brown Shoe Co. on his namesake collection, recently put the final touches on fall ’13. “When we work with the supremely talented creative teams for footwear and handbags we always have music playing,” said Santana. “Music is a big part of my brand.” On his playlist? “I enjoy listening to Miles Davis for style, John Coltrane for spirituality and Bob Marley for universality.”

Bull’s Eye
Matt Bernson might be a city slicker, but the Manhattan-based designer also knows a thing or two about the Wild West. Bernson told Spy that a group of friends who are members of the Professional Bull Riders organization introduced him to the sport about five years ago, and ever since he has been an enthusiastic spectator at PBR competitions, including one at Madison Square Garden early this month. “You put on a pair of cowboy boots — [a pair Bernson made for himself, of course] — and do something totally un-New York,” he said. “It is wild and fun and raw.” And Bernson might even take some fashion inspiration from the arena. His favorite bull is named Bring It, chosen “based solely on the color,” the designer admitted, “cream with uneven black splatter spots — very on-trend.” And back at the homestead, Bernson had some other exciting news to share: The designer and his wife, Lindsay, welcomed their first child, a son, on Thanksgiving.

Royal Treatment
Nicholas Kirkwood is proving to be a guy’s guy after all. The British designer unveiled Nicholas Kirkwood Men’s in London on Tuesday, his first men’s offering composed of what he describes as “classic men’s shapes incorporating interesting lines and strong materials,” — i.e. zig-zag loafers and mixed-material oxfords. Perhaps David Cameron will be one of the first to don the new styles. Kirkwood told Spy it was an honor to join the British prime minister at 10 Downing St. Monday at a reception to toast the collection. Also on hand were Natalie Massenet and Tom Ford.

Daily Grind
After a brief holiday in sunny Puerto Rico, it’s back to work for designer Pierre Hardy. “New York, Paris, Japan. Pre-fall is all about logistics,” Hardy said, noting that his pre-collection samples must travel the globe before converging in Paris next week. Although the designer said he started his pre-collections to better distribute the manufacturing volume for the factories, the offerings have now grown to represent more than 70 percent of seasonal sales. “It’s crazier than ever since I don’t have the leverage that comes with owning a factory,” Hardy said. Up next, more store openings could be on the horizon, including a potential location in Japan.