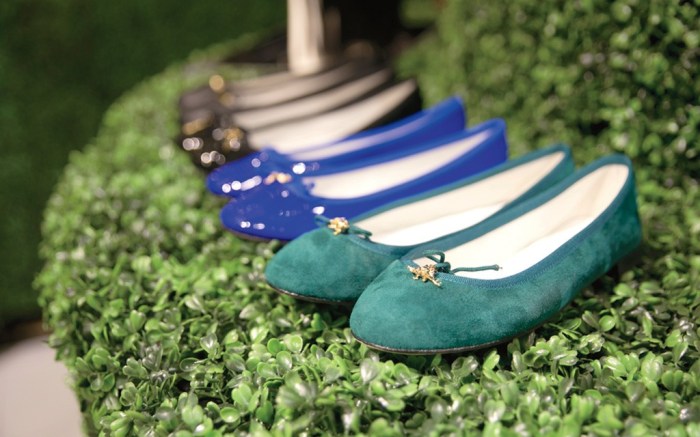 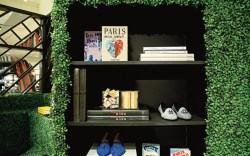 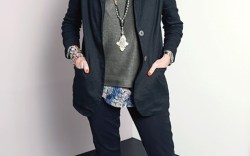 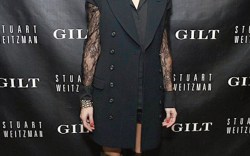 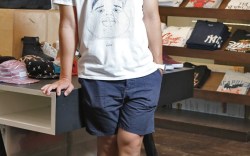 Pop Party
Nordstrom is fêting all things French, thanks to its new “Pop-in @ Nordstrom” series, which kicked off this month. Select stores are featuring “French Fling,” a showcase of Parisian goods curated by the retailer’s director of creative projects, Olivia Kim. And the revolving door will continue. More themes will pop up as part of a collaboration with architecture firm Rafael de Cárdenas Ltd. Here, Spy gets the scoop on Kim’s inspiration and what’s next:

What is your favorite part of the pop-up design process?
“Part of the concept is to create an engaging experience for our customers, and there is a take away — not just a feeling of inspiration but something tangible. I love the frenzy that is created from a pop-up shop concept and the ability to tell a whole story around that. That spontaneity and emotion is one of my favorite things about working in retail.”

Where do you find inspiration to curate the space?
“When I joined [the company] in March of this year, I was in Paris with Pete Nordstrom for the first time and was looking at the city through a different lens. I fell back in love with one of the most beautiful cities in the world with all these wonderful objects, designers, artists and creators. I wanted to share that with our customers. I have always had a fascination with all things French – aside from the cliché images that come to mind.”

Any hints on the next theme?
“It’s an ongoing series. Each [of the shops] will open four to five weeks before being torn down and rebuilt in a new theme. Up next is a holiday shop.”

Heavy Reading
“The Fashion Book” started out a formidable size — the first edition, published in 1998, tallied 512 pages and weighed more than 6 pounds — but the updated version is even bigger. The second incarnation of the “fashion bible,” Phaidon Press’ A-to-Z guide to industry icons, hit stores this month at a whopping 576 pages and 8.2 pounds. Vera Wang and Iris Apfel helped celebrate the launch of the book at a recent Topshop soirée in Manhattan, addressing a crowd of fans who had a chance to purchase the tome four days before its official release date. They emphasized the importance of studying up on style history for anyone aspiring to work in fashion. “There’s not a lot that’s truly original,” Wang said. “To know what came before is as important as what lies ahead.”

Gilt Trip
“I have every color and I love them all,” Olivia Palermo said of Stuart Weitzman’s 5050 boot. “You know every girl sort of has a uniform, and in the winter they are like a uniform for me,” Palermo said at the brand’s party with Gilt Groupe last week to celebrate the 20th anniversary of the style. In addition to Palermo, several other big names were in attendance, including Miranda Kerr, Padma Lakshmi, Petra Nemcova and Angela Simmons. The 5050 anniversary collection features 20 styles, including 10 limited-edition ones featuring such luxury details as sea crystal snake-print calfskin and Swarovski pavé crystals.

Haute Halloween
At Nicole Miller’s New York showroom, Halloween is more chic than spooky. This season the designer took inspiration from her spring ’14 signature floral prints, painting a pumpkin in bright blooms for a stylish alternative to the traditional jack-o’-lantern. “Yesterday I put it up on Instagram and it got more hits than anything,” Miller told Spy. “We have six more that we are going to do [the same way].” The designer also revealed that her distaste for jack-o’-lanterns dates back to a particularly gruesome Halloween experience. “Years ago I carved a pumpkin and left it out on my shelf while I was on vacation,” Miller recalled. “I came back and my answering machine was broken and the pumpkin was gone. [The machine] had all this gooey stuff in it, and [my housekeeper said], ‘Your pumpkin rotted all over it.’”

One on One
Jeff Staple has already made a name for himself in footwear, but he also may have a future on the talk show circuit. The designer and owner of New York’s Reed Space has been busy doing live Q-and-A sessions for his “1-2-1” interview series on Stapledesign.com. Subjects have included rappers Big Sean, RZA and designer Marc Ecko. “I’m trying to be the streetwear Oprah,” Staple quipped. His latest conversation features “12 Years a Slave” film director Steve McQueen.

Twitter Talk
Michael Kors travels with an impressive crowd. The designer hosted his God’s Love We Deliver Golden Heart Awards fundraiser in New York last week, where Jennifer Hudson, Olivia Munn, Karlie Kloss and Anna Wintour showed their support, and Hillary Clinton was honored for Outstanding Community Service. @MichaelKors showed his support on Twitter: “We’ve all seen her commitment to pantsuits over the years, but we’ve also seen her have some fun with her hair.” — MK #GoldenHearts