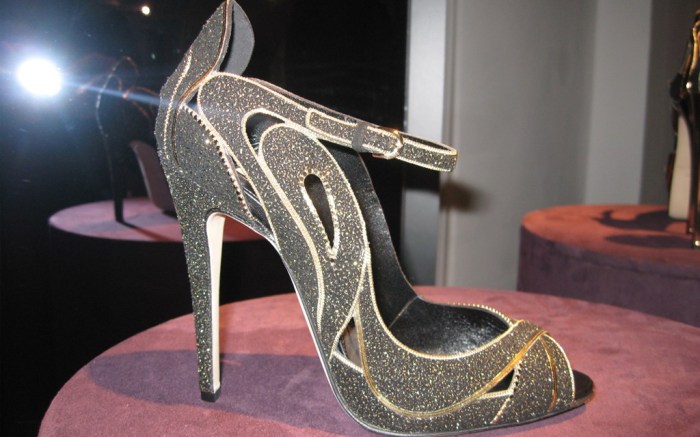 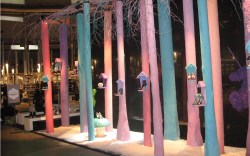 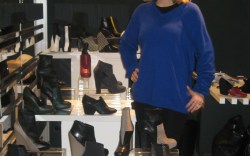 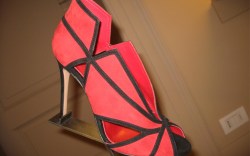 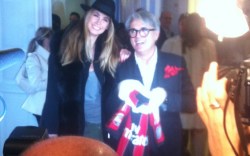 Jet Setters
Despite a full day of appointments in Milan, Brian Atwood said he wouldn’t miss the Versace runway show, where he has become a front-row staple (he was discovered by Gianni Versace). But then the shoe designer was off to Los Angeles for Oscar week, for which he planned to personally pack select red-carpet looks straight from the presentation. “This belongs on the red carpet,” he said of a gold-embellished sandal, also pointing out favorite fall styles featuring astrakhan, fox and mink (both Jennifer Lawrence and Jennifer Garner ended up donning looks by the designer at the big event). Chelsea Handler’s birthday party was also on his L.A. schedule. Meanwhile, fellow globetrotter Alejandro Ingelmo planned a short snowboarding excursion to St. Moritz, Switzerland, to unwind after showing over the weekend in Milan. “Sometimes you just have to disconnect,” he said. “Then I can go back fresh to work at the factory.”

Super Stars
Guillaume Hinfray, Sophia Webster, Paul Andrew, Alejandro Ingelmo and Charline DeLuca were just a few of the headliners at the first edition of accessories-driven trade show Super. “I’ve seen a lot of great Italian stores that I don’t see elsewhere, as well as Eastern European stores that only come to Milan,” DeLuca said of the show, which Pitti Immagine debuted in Milan over the weekend, featuring more than 180 high-end brands. Webster opted to focus on brand exposure rather than sales at Super, recreating her London Fashion Week presentation as a showcase in the center of the circular fair space. She then directed interested buyers to come to Paris for sales. “The setup was really nice,” Webster said. “Unfortunately, I had to run off to Hong Kong for an event with On Pedder, so I couldn’t stay long.”

Sexy Shoes
Sex sells — and Gianvito Rossi knows sexy shoes. “It is the goal of a shoe to make the woman look more beautiful,” Rossi told Spy. For fall, the designer took inspiration from Victor Vasarey’s 1960s op-art to create graphic color-blocking and cutouts with a checkerboard effect on single-sole booties. The collection also featured sharp-looking ankle boots in matte leathers and lots of buckles.

Gift Guide
What do you get for the man who has everything? Surprisingly, a football jersey. Italian actress and model Melissa Satta arrived at the Giuseppe Zanotti showroom with a gift in hand. A custom jersey from her boyfriend, AC Milan football star Kevin Prince-Boateng, with the word “Prince” emblazoned on it. “This is the best gift I’ve ever had,” Zanotti said. While there, the designer also unveiled a collaboration with model Anja Rubik, longtime star of the brand’s ad campaigns. The capsule collection of five shoes and one handbag style will be sold online through the label’s website, as well as on Net-a-porter.com and Colette.com.