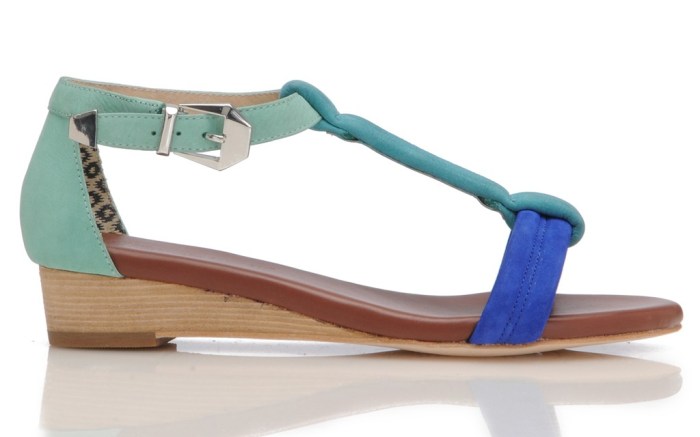 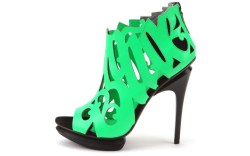 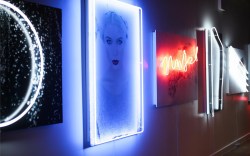 Happy Anniversary
Matt Bernson celebrated the one-year anniversary of his flagship in Tribeca on Thursday night, and he wasted no time discussing future plans for the brand. “We’re signing on a space in Los Angeles for another retail location and [considering] three to five other options as well,” he said. And with the store expansion comes celebrity fans, too. Jessica Alba was recently spotted wearing his Coppelia sandal in mint. “We began as a sandal brand but have since gone way past that,” said the designer. “The Jagg, the swooping ankle bootie, was an instant hit, selling out right away.”

Graffiti Artist
Dutch graffiti artist Niels “Shoe” Meulman and United Nude creative director Rem D. Koolhaus have teamed up to create the Calligraffiti heel, made of laser-cut leather. The spring ’13 style, which is available in three colorways (black, off-white and neon green), is now for sale exclusively at Elizabeth Charles in New York. Each shoe says “Unruly Shoe” on the sides. The two companies celebrated the partnership Thursday at Elizabeth Charles’ West Village boutique, where a prize giveaway offered guests a chance to win a ride in a graffiti-covered United Nude limo. Originally painted for Art Basel Miami in December, the 1984 Cadillac limo also served as a hip backdrop for party guests’ pictures.

Photo Op
Stacey Bendet’s executive assistant, Mallane Stanbury, is stepping into the limelight with her photography — with a little help from her famous boss. The Alice & Olivia designer hosted an exhibit at the brand’s downtown New York store this week to show off some of Stanbury’s work, which includes Alice & Olivia collections and candid photographs from the runways and backstage at Fashion Week.