FN Spy: Manolo in NY… Berkshire Hathaway on the Run 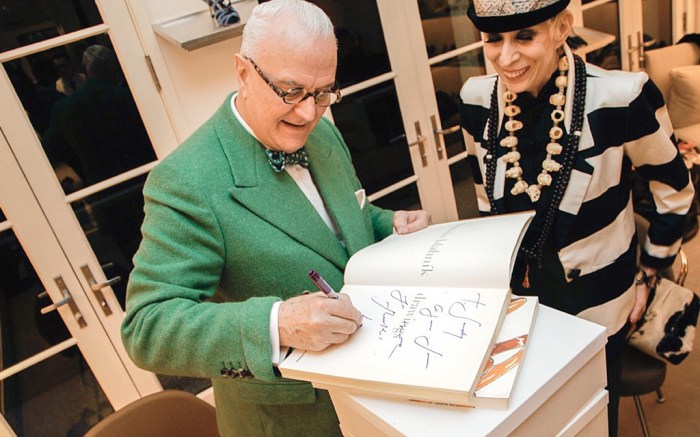 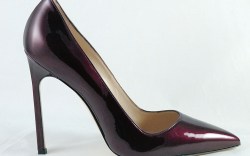 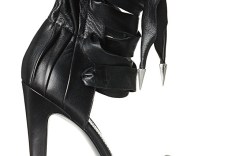 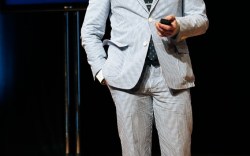 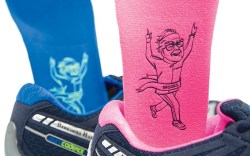 Manolo Moments
This designer loves a good New York shopping spree. During his trip to the Big Apple this month, Manolo Blahnik took time between PAs and appointments to visit some of his favorite haunts. The first stop? Ralph Lauren. “I just love their suits. I feel so American!” he said, proudly showing off his new kelly-green purchase. To complete the look, Blahnik also picked up a polka-dot bow tie at Bergdorf Goodman. He said he also looked forward to buying some books at Barnes & Noble. “There’s no place to buy books in London anymore, and I hate buying them off the Internet,” Blahnik told Spy. Post-Manhattan, the designer headed to Palm Beach, Fla., for his third stateside store appearance (at Neiman Marcus) before returning home to the U.K. But he said he dreamed of another destination: “I don’t have [time] for a trip for pleasure any longer, but [I wish] it could be three months in Egypt. If I [could be in] an ancient world somewhere, and I’d be happy.”

Mood Swings
Kirna Zabête changes with the seasons. As part of its first footwear collaboration with Nine West, the downtown New York-based boutique is launching a collection of shoes each month through July — all with a different motif corresponding to the time of year. “Every month there’s a theme that relates to a woman,” said Kirna Zabête co-founder Beth Buccini. “We all dress by mood.” An all-black urban warrior theme is out this month, while a “dancing in the rain” treatment is up next. “April means rain, so we made some gladiator waterproof sandals that you can change up,” said co-founder Sarah Easley. “It’s about evolving the look during the day.”

Penney Press
Some bad press for JCPenney didn’t stop the retailer’s SVP of product development and design, Nick Wooster, from telling the audience at last week’s WWD Men’s Wear Summit about how the chain plans to become “America’s favorite store.” The exec laid out plans for several shop-in-shops that will debut over the next year. One for Canadian brand Joe Fresh launched this month, and Wooster said “it already did really well,” although he declined to reveal numbers. But when questioned from a doubting audience member, he added that the store’s turnaround centers on a better product offering. “I’m going to get in trouble for saying this, but [we need to] make cute shit,” said Wooster. “If we have compelling product, people will come into the store. I firmly believe that’s the job of merchants. Am I done yet?”

Run for It
Jim Weber likes to push his parent company, Berkshire Hathaway, as well as his fellow CEOs. The head of Bothell, Wash.-based Brooks Sports will be one of the many Berkshire brand leaders, employees and shareholders to lace up their sneakers for the company’s first “Invest in Yourself” 5K, presented by Brooks and held on May 5 in Omaha, Neb. The event, which will be open to the broader community, was born after Weber and several other employees ran a similar race last year and a question was raised: “Why can’t we do a race and get Berkshire Hathaway running?” Weber recalled. Brooks will commemorate the meeting with its second special-edition running shoe, featuring a portrait of legendary Berkshire CEO Warren Buffet on the sockliner. But while it’s all fun and games, Weber said, the new event has raised some eyebrows within the firm. Buffet, apparently, made it clear he’ll keep tabs on the fastest Berkshire CEO. “The gauntlet has been thrown down,” Weber said. “I need to pull out my fastest [time] in memory.”

Role Model
Kanye West’s love for fashion design is rubbing off on his cohorts. The musician’s latest signee, singer Teyana Taylor, recently launched a successful product collaboration with Adidas Originals, with a second one in the works for later this year. “I’m definitely looking to follow in [Kanye’s] footsteps,” Taylor told Spy. “I watch everything he does and I love how he’s so passionate about it.” On the musical front, Taylor’s debut album under West’s G.O.O.D. Music record label is due out this summer.

Sound Stage
The stage is set for Floggs. Carol de Leon, who designs the new Titan Industries line of flip-flop and clog hybrids with a fashion twist, will roll out a marketing campaign at the Coachella music festival. “We have a bunch of models and an RV,” de Leon said of the festival that kicks off next month. “I’m already listening to all the music so I can plan my schedule accordingly.” On deck are such heavy-duty headliners as Phoenix and the Red Hot Chili Peppers.