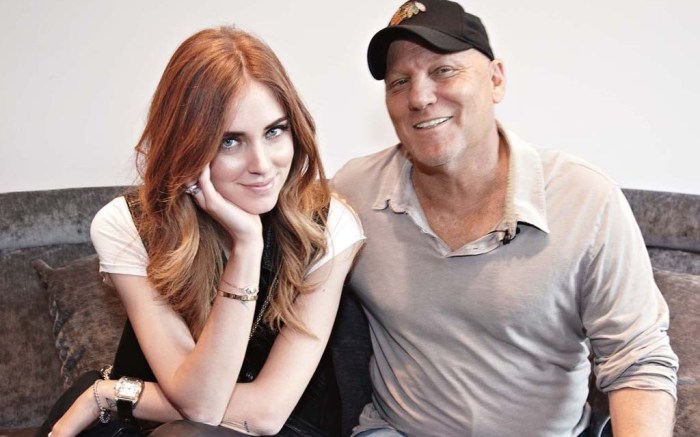 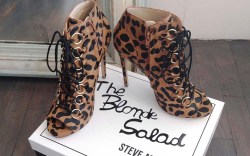 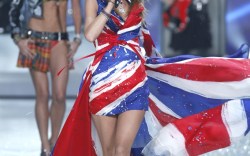 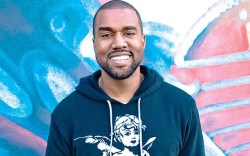 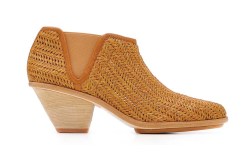 Salad Dressing
Chiara Ferragni remembers her first time — with Steve Madden. “My first feminine shoes were Steve Maddens. I was going out in his heels when I was 17,” said the blogger behind The Blonde Salad. Years later, the pair has teamed up for a spring ’14 limited-edition capsule collection that includes nine styles, priced between $129 and $179, and featuring everything from pony and snake slip-on sneakers to studded stilettos and leopard booties. “People are really obsessed with Chiara. She has a hard-core following,” said Madden. “It’s two shoe lovers working together.” Ferragni is also the creative director for her namesake Italy-based shoe line, which sells in overseas markets for $200 to $500. She said she was pleasantly surprised to get the chance to work with Madden himself. “I assumed I would meet with his [team], but it was him,” she said. “He’s passionate and knows a lot about Italy and my roots, so it works.” Here, Madden and Ferragni talk exclusively with Spy about teamwork and the other blogs Madden is browsing.

Why was this a strong pairing?
SM: Out of all the collaborations we’ve done, this one has had the most interesting reaction. People who follow her feel like they know her, so it’s a personal connection. We share the same customer, and she’s also worked with Superga, a company we’re related to, so it was a natural fit.

CF: It’s always interesting to put your personal style into [a project], and as a blogger, it puts you on another level. I’ve always been a fan of the brand, and I was really free to design what I wanted.

You also are releasing an ad campaign for the collaboration. What was the photo shoot like?
CF: We shot the looks in 10-degree-Celsius [or 50-degree-Fahrenheit] weather, and [I was wearing] a short dress, so it was tough. In Milan you get pouring rain all the time, but I had to just work even harder [to stay focused]. But I can’t wait to see the campaign.

Aside from The Blonde Salad, what other blogs are you reading?
SM: I read a lot of political blogs and a few other fashion blogs, like The Man Repeller.

Ladies’ Man
Nicholas Kirkwood’s latest coup? Overseeing the footwear for the Victoria’s Secret runway show, one of the hottest tickets of the season. “Unlike designing my own collections, I already have the inspiration there for me with the themes being set,” he said of the show, which will air on CBS Dec. 10. “This season we had Parisian Nights, Birds of Paradise and British Invasion.” Though spoilt for choice, Kirkwood did admit to having a preferred Angel. “My favorite is Sui He. For her I kept it understated and elegant with the Snow Angel laser-cut sandal.” Was he a fan of the night’s Union Jack-clad songstress, for whom he whipped up matching booties? “I can’t say that I have any Taylor [Swift] on my iPod just yet, but I thought she looked great at the show.”

Swoosh to Stripes
Kanye West is headed for the Three Stripes. At least, that’s what Yeezus told DJ Angie Martinez on New York’s Hot 97 radio station last week. Kanye, whose two collaborations with Nike — the Air Yeezy and the Air Yeezy II — were limited-edition sellouts, told Martinez that new daughter North (mom is fiancée Kim Kardashian, of course) was his inspiration for the switch. “[Nike] said, ‘We can’t give you a royalty because you’re not a professional athlete,’” West said. “The old me, without a daughter, would’ve taken the Nike deal because I just love Nike so much, blah blah blah. But the new me, with a daughter, takes the Adidas deal because I have royalties and I have to provide for my family.” At press time, Adidas had yet to confirm the deal.

Traveling Shoes
Matt Bernson is prepping for a monthlong whirlwind journey. Starting in March, the New York-based designer will embark on a 10-city tour to meet fans at Bloomingdale’s stores across the country. Scheduled stops include Chicago, Los Angeles, Seattle and Miami. While Bernson’s wife, Lindsay, and 1-year-old son, Myles, will only be able to join him for the West Coast portion of the trip, the designer told Spy he’s packing his No. 1 travel essential — French fashion magazines — to keep him busy during downtime.

Happy Feet
For Petra Nemcova, these boots were made for walking. The supermodel, who recently teamed up with Stuart Weitzman to host a shopping event to benefit her Happy Hearts Fund, spilled her secrets to surviving winter. “Boots, boots, boots to keep warm,” she said of her favorite holiday footwear choices. “The best are from Stuart Weitzman, but I have other very warm boots from Ugg Australia.” The model also said she remains passionate about her charity project, which funds rebuilding projects after natural disasters. “We will commemorate the 10th anniversary of the Japan tsunami with a sculpture in New York. People can participate in rebuilding schools by getting plaques [on the sculpture] named in honor of their loved ones,” said Nemcova, who added that 84 schools have been opened to date. “Our goal is to rebuild 100 schools.”

Twitter Talk
May the odds be ever in your favor. “Hunger Games: Catching Fire” broke box-office records during its first week in theaters, and the film also sparked plenty of social media attention. Hollywood blogger Perez Hilton shared some fashion thoughts on Twitter: @PerezHilton: “I wish Josh Hutcherson wore those Tom Cruise lifts in his shoes so he’d be taller opposite Jennifer Lawrence!”