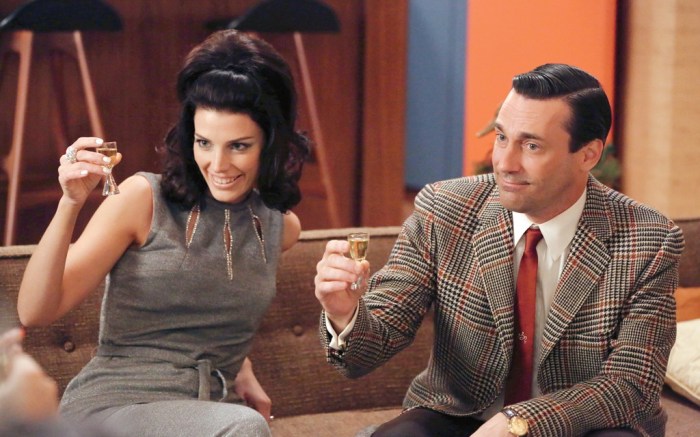 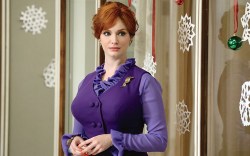 “The period and the colors can be extremely wild and really bright, and the period [in and of itself] can almost be a little jokey,” she said. “The thing is, [my designs are] really about maintaining the tone of ‘Mad Men,’ which can be dark and very moody, and, of course, humorous at times.”

“Some of the colors are really bright, and there are a lot of two-toned shoes,” she said. “There are a lot of almost wingtip styles for ladies with a square toe and square heel. The low heel with the T-strap was also very popular. I also have a lot of brightly colored ballet flats with a leather flower for decoration.”

Here, Bryant sounds off on her favorite shoe moment and the season six prep.

How did you prepare for the new season of the show?
“An approach I take every season that has worked for me is I love to watch films from the period. Some great ones that I watched a lot were ‘The Graduate,’ ‘Guess Who’s Coming to Dinner,’ ‘Casino Royale’ and so many others. Of course, I always look through my catalogs [from the era], from Montgomery Ward, Spiegel, JCPenney and Sears. Those catalogs are important for my research because it’s like the everyday person from that period. For other characters, I’m inspired by Vogue and Harper’s Bazaar, Life, Look, Holiday magazine and, of course, GQ and Esquire. But we do research throughout the entire season, not just at the start.”

Do you have a favorite costume for this season?
“Megan’s [Jessica Paré] tapestry-cut, velvet two-piece ensemble when she comes into the apartment lobby [in the first episode of the season]. It’s a double-breasted velvet coat with a matching mini skirt. She’s wearing a square heel, two-toned Mary Jane shoe. It’s an ochre green [upper] and strap with a winter-white leather heel.”

What’s your favorite shoe find for this season?
“It’s a pair that Sally Draper [played by Kiernan Shipka] wore. They are beautiful. They are bright red and navy blue with a little T-strap. I just love them.”