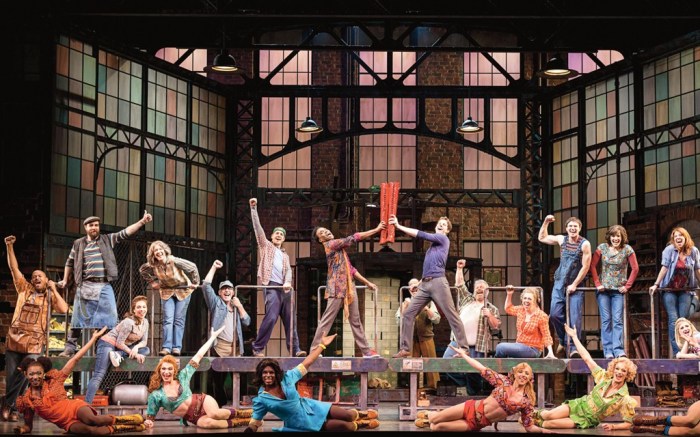 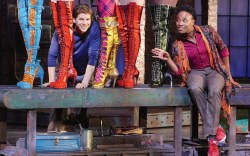 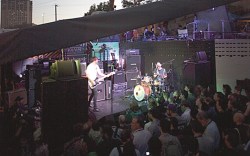 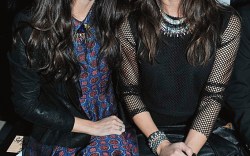 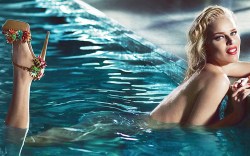 Show Stoppers
These boots were made for walking.

A large variety of standout shoes are about to hit the Great White Way in “Kinky Boots,” a new musical about a man, Charlie, who inherits his father’s shoe factory and meets a performer, Lola, who mixes up his production path to include more daring styles.

“I love [choosing] the shoes. It’s telling a story for the character,” said the show’s costume designer, Gregg Barnes. “There are so many gorgeous shoes in the world that all serve a different purpose.”

And the production has no shortage of star power, with Cyndi Lauper developing the music for the play, which debuts April 4 on Broadway. “Everybody wants to feel sexy sometimes and there is nothing like feeling sexy in boots,” Lauper recently told Spy.

Here, Barnes chats about choosing the thigh-high looks and how stilettos were no problem for the show’s talented male stars.

What brands can we expect to see on stage?
“The red shoe that is most important to the story is from Manolo Blahnik. Some of the other brands were Jimmy Choo, Fendi, Giuseppe Zanotti, Christian Louboutin, Alexander McQueen, Dior and Brian Atwood. We also used a Union Jack boot and a Timberland boot. [There was also] a mix of low-end brands, such as Two Lips, that worked for some of the drag shoes.”

What is your favorite shoe moment?
“At the end of the first act, red boots come down on the conveyor belts. They get their own entrance. They are Fendi in a mix of four different leathers. Everyone is standing at the foot of the belt. They have such a strong impact.”

Any surprising behind-the-scenes moments?
“In the finale, you see all of the factory workers come piling in wearing the kinky boots. [Many] of the men never had to wear a high heel, so in the first fitting, they couldn’t walk. By the time their leg muscles are used to [the height], it’s like they are wearing roller blades on stage.”

Texas Two Step
Tony Hsieh made good use of his time in the Lonestar State. The Zappos.com CEO, who was in Austin, Texas, last week for SXSW, made some new friends during the visit. “There are nearly 25,000 people from the tech startup world there,” Hsieh said. “You always run into interesting people.” This August, Hsieh will deliver the keynote speech at SXSW V2V in Las Vegas.

Futuristic footwear also made a splash at the festival as Adidas and Google unveiled their Talking Shoe. The experimental product, speaks words of motivation, like “I love the feeling of wind in my laces,” and syncs to Bluetooth to track performance. Although the companies don’t intend to mass-produce the shoes, Google is considering making the technology available for others.

Sole Sisters
Is Dannijo getting in the footwear game? The New York-based sister design duo told Spy they are working to add shoes to their offering of jewelry and handbags. “We’ve been talking to a few companies about doing our own shoe line,” co-founder Jodie Snyder said. “We’re all about accessorizing, so footwear is the next natural progression.” Snyder added that a new collaboration might also be on the horizon. (Dannijo launched a capsule collection with designer Matt Bernson this past fall.)

Marathon Man
Tarek Hassan has running on the brain. With the Boston Marathon less than one month away, The Tannery co-owner has been balancing work and family life with an intensive training program. “I’ve been injured, so it’s hard, but I’m determined to run it,” he said. The retailer is also hatching plans for a post-marathon celebration at The Tannery. “It’s such a big deal for Boston.”

Pool Party
Brian Atwood is making a splash. His spring campaign, shot poolside at a private residence in London, features model Eva Herzigova in the water with her heels on. “I [enjoyed] telling the story — the set, the lighting and Eva. She is the perfect muse,” said Atwood. “When she told me she was three months pregnant, my jaw dropped to the floor.

New Addition
We are family. Steve Madden and his wife, Wendy, have more than just shoes on their mind. The couple welcomed their third child, Goldie Ryan, earlier this month. The new arrival joins the couple’s 5-year-old twins, Jack and Stevie. Will the trio find their way into dad’s namesake biz one day? Only time will tell.