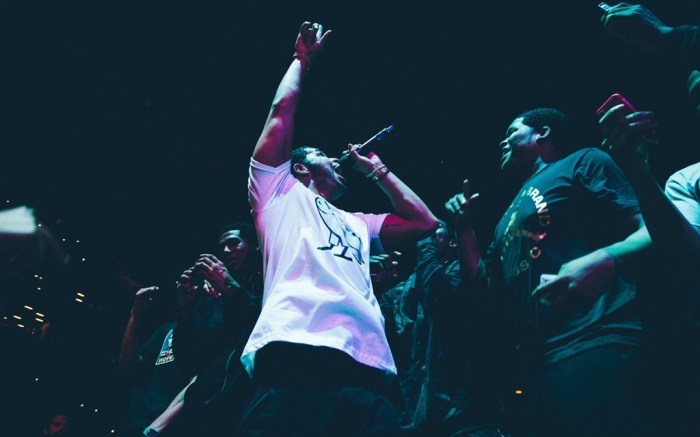 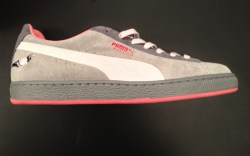 Lights Up
The Jordan Brand did more than put the top high school ballers on display during this past weekend’s Jordan Brand Classic. The athletic firm also introduced rapper Drake to a new venue, as the rapper and the 12th annual basketball event hit Brooklyn, N.Y. “This is my first time at the Barclays Center,” said Drake, who closed out the basketball event with a 15-minute performance that included fireworks inside the new arena. “Usually artists perform at half court, but I asked Jordan [Brand] to get a stage so we could rock out.”

Rockin’ Steady
Clyde Frazier is standing the test of time. As part of Jeff Staple’s “1-2-1” interview series, the retired basketball player stopped by New York’s Reed Space earlier this week to talk about his longtime relationship with Puma, as well as to share anecdotes from his hall-of-fame career. “I haven’t played basketball in 33 years and my shoes have been around for 40 years,” Frazier said of his signature sneaker. “Long before there was the Air Jordan, there was the Puma Clyde.” The Q&A session with Frazier will air online at Stapledesign.com, and Staple’s latest shoe collaboration with the brand, a pigeon-inspired Puma Suede, will hit global retailers on May 3.

Best of Both Worlds
Carah Faye Charnow has a split personality. The lead singer for the band Shiny Toy Guns said her personal style is part rocker-part dainty. “I pull a lot from my punk and hardcore roots,” she said, “but I have a flip side where I like to dress up and be elegant.” Charnow and her band kicked off this year’s Steve Madden summer concert series, which has previously featured the likes of Lady Gaga, Katy Perry and Melanie Fiona. “It’s insane to be in the same breath as those acts,” Charnow said.