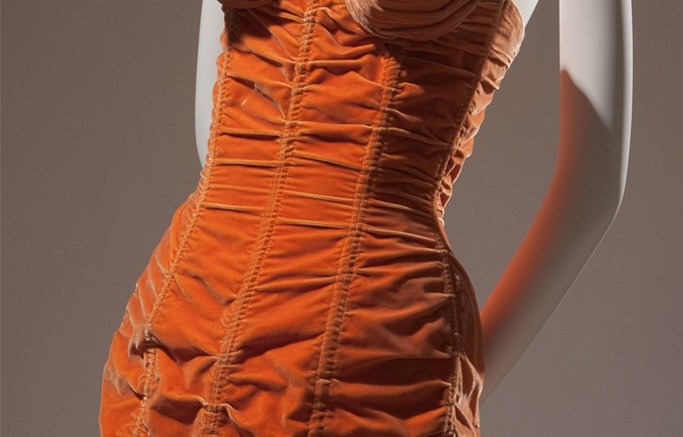 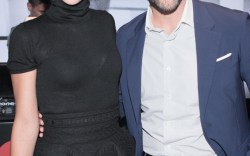 On the Catwalk
The Museum at FIT debuted “A Queer History of Fashion: From the Closet to the Catwalk” Thursday. For the past two and a half years, curators Valerie Steele and Fred Dennis have been carefully collecting clothing and stories from the industry to retell the fashion stories of lesbian, gay, bisexual, transgender and questioning individuals over the past 300 years. “Everybody sort of knows there are a lot of gay people in fashion,” said Steele. “We thought it would be a really important thing to actually highlight how gay people individually and collectively have impacted fashion.” Starting with the dandyism of Oscar Wilde, the exhibit takes viewers through the 1930s “lesbian elegance,” the oppressive 1950s and raucous 1960s. The exhibit also touches on the AIDS epidemic. Standout looks include a 1940s gown by Charles James, the 1992 Versace “bondage” collection, Marlene Dietrich’s “Morocco” tuxedo, and Jean Paul Gaultier’s orange cone bust dress from 1984.

Life with Leigh
Leigh Lezark is all over the fashion scene, and The Misshapes DJ and model is making a big splash for fall with her Schutz footwear collaboration. Not only did Lezark star in the label’s ad campaign video, but she also traveled to the firm’s headquarters in Brazil and consulted on design for a 3-style capsule collection that captures her style. “We love [Leigh’s] work,” said Schutz designer Alexandre Birman, who was on hand to launch the line at a recent soiree that also celebrated the label’s first year in the U.S. “She really represents a lot about the brand. She’s a very beautiful woman, she’s charming and she’s very on trend — she’s cool. She came up with the idea to do a [design] collaboration.” Lezark said the feelings were mutual. “I had an amazing time working with the brand,” she told Spy, pointing out a pair of stiletto cage booties on her feet. “I fell in love with it. It’s just sexy and I can wear [Schutz] anywhere.” Perhaps she’ll wear it on stage too, since The Misshapes have a new mix-tape album slated to drop later this fall.