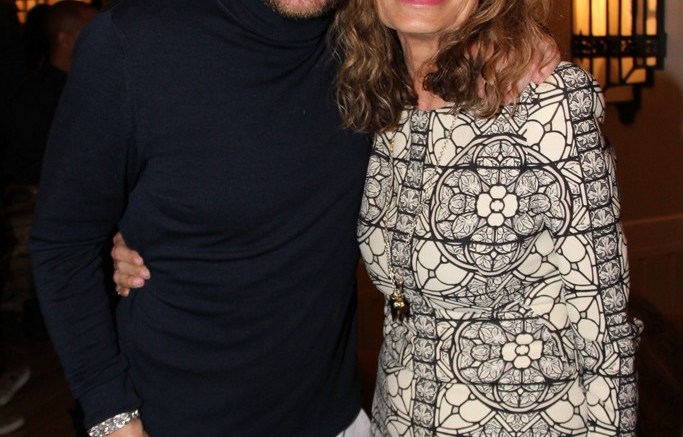 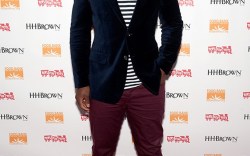 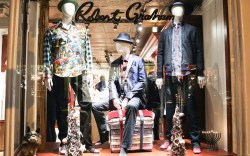 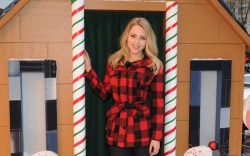 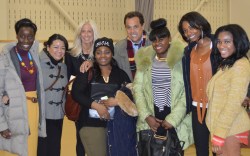 Fashionable Friendship
Rupert Sanderson made the rounds in New York this week, highlighting his trip with a holiday party held in his honor by jewelry designer Ann Dexter-Jones at her Manhattan abode. The two met through mutual fashion-world friends several seasons ago and quickly became pals — and fans of each other’s work. “We were going to [have a party] in London, but we never got around to it, so we thought a bit of festive cheer here would do,” Sanderson told Spy. He sported an edgy silver skull bracelet by Dexter-Jones at the soirée, while Dexter-Jones wore a pair of black, ankle-strap Rupert Sanderson pumps, in spite of a broken toe. “I told him I needed something comfortable, so he sent two pairs over,” she said. “I thought I wouldn’t be able to wear [heels], but he proved me wrong.”

Brown Town
H.H. Brown kicked off the holiday season on Tuesday evening with its Giving Holiday Event, in association with Toys for Tots and The Food Bank for New York City. On behalf of each guest attending the event, the company made a donation to the two charities. Making the rounds at the party were New York Giants cornerback Prince Amukamara, actors Brendan Dooling of “The Carrie Diaries” and David Alan Basche of “The Exes.”

Opening Day
Designer lifestyle brand Robert Graham has staked a claim in the New York retail scene with a store on Bleecker Street in Greenwich Village. The flagship location, its first in the city, was celebrated on Tuesday night with a champagne toast at the store, followed by a VIP dinner and cocktail party at Cooper Classic Cars. Brand CEO Michael Buckley and founder Robert Stock were joined by former Yankees pitcher Mariano Rivera, ex-NHL player Ron Dugay and Fern Mallis, founder of Mercedes Benz Fashion Week.

Holiday Spirit
AnnaSophia Robb was having a Bongo moment. “The Carrie Diaries” star hosted an event this week with the label, owned by Iconix Brand Group Inc., featuring an oversized gingerbread “jean house.” And to give back, the denim was donated to Blue Jeans Go Green, a recycling program that donates to communities in need.

Children’s Corner
Sam and Libby Edelman are reliving their youth. The husband-and-wife duo and their team launched the “Arthur & Teddy Edelman Speaker Series” at a recent event at the Harlem’s Children Zone. Speaking to youth, the couple talked about pursuing dream career paths and spent time reviewing the children’s design portfolios. The series’ second speaker was Derek Ferguson, CFO of Bad Boy Entertainment. More names will be announced soon for the program.