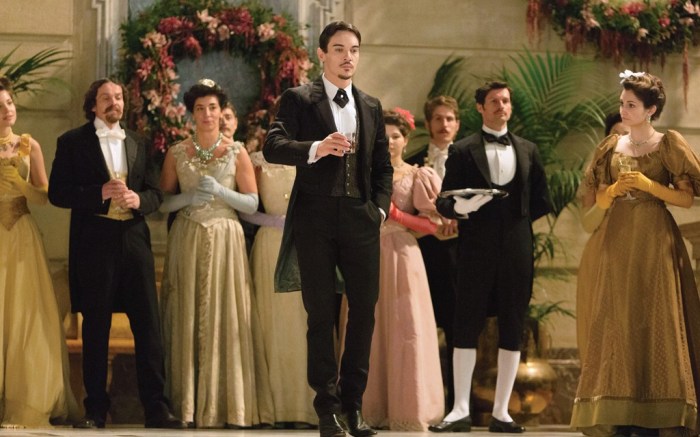 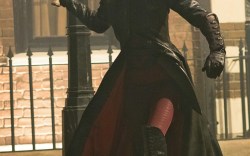 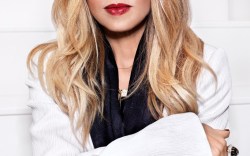 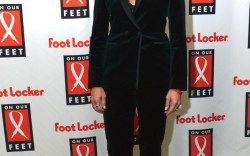 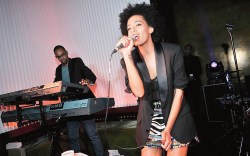 Fashion Immortal
As expected, “Dracula” features killer footwear. The new NBC series, starring Jonathan Rhys Meyers, showcases shoes inspired by the late 19th century. “The looks are not strictly Victorian,” said costume designer Annie Symons. “We had to have [styles] made so that we can adapt to all the different locations and actions that the actors have to do.” Here, Symons talks traveling back in time and power heels.

What was the inspiration behind the footwear for the show?
“We had a huge amount of shoes made, mainly because we had to have so many doubles. We thought about the 1890s, scaled it down into a more contemporary feel and then ended up looking quite closely at the 1940s. We based them on a South American, American and some Italian makes of shoe wear. For the men, we bought a lot, actually. We wanted classic English period shoes. We either went to Trickers or Church’s.”

Which character will get the most attention from the fashion world?
“Probably Lucy [Katie McGrath] because [her wardrobe] is so much fun. Her whole character is about ostentatious wealth, showing off and trying to attract the richest man. Her character’s [shoes] were really cute because all the colors are bold and candy colored. They are sort of like 1940s shoes. They have got a very high arch — very cheeky shoes.”

How important are shoes to the show?
“[Footwear] is something I care about a lot, and obviously it means a lot to the characters. What they have on their feet dictates the way they walk, the way they stand. [For example], the high heels for Lady Jane [Victoria Smurfit] are very empowering. They’re power heels.”

In Costume
Trick or treat? Footwear designers are feeling festive for Halloween and have a variety of costume ideas. “[My husband] Rodger and I are deciding between ‘Star Wars’ Princess Leia and Han Solo; Sonny and Cher; or the Lone Ranger and Pocahontas,” designer Rachel Zoe told Spy. “[My son] Skyler said he wants to be Mickey Mouse, a pirate or a fighter pilot.” And Alice & Olivia designer Stacey Bendet also took some advice from her kids. “At [my daughter] Eloise’s request, I’m going to be a princess and she will be a princess bride,” she said. Meanwhile, Aruna Seth is opting for glam. “I’m going to go as a butterfly, a sparkly one,” she said. Decades owner and Nine West collaborator Cameron Silver said that dressing up for Halloween is part of his regular routine. “I am normally in a costume of sorts 365 days out of the year,” said Silver, who will celebrate at a special party at Selfridges. “I’ll be in London, so I’m excited for the U.K. version.”

Trouble in Paradise
There’s one way to get on Solange Knowles’ bad side: infringe on her shoe space. “For the past five years, the biggest argument between me and my boyfriend, [Alan Ferguson], has been about the size of the shoe closet,” the singer joked, adding that she splits her time between New York and New Orleans. But her significant other may have some time to do some reorganizing next month, when Knowles kicks off her first South American tour.

Boston Strong
They may be Big Apple athletes, but New York Yankee CC Sabathia and New York Jet Geno Smith both foresee the Boston Red Sox winning the World Series against the St. Louis Cardinals. “We played against them a lot this year, so I got to see how good they were and how they gelled as a team,” Sabathia told Spy last week at Foot Locker’s annual On Our Feet gala. “They will be tough to beat.” Rookie quarterback Smith, who grew up admiring some Red Sox players, also picked the team to come away with the pennant. “I was always a fan of ‘Big Papi’ David Ortiz and Manny Ramirez,” he said. But not everyone is seeing another Sox championship. Actress Brooke Shields said her allegiance is with St. Louis — for now. “First game I ever saw was a double header and it was Boston against the Yankees when I was 9. Boston won both games,” Shields said, admitting she hasn’t been following the MLB playoffs. “I’m a New Yorker, so I’m going with whoever is playing Boston.”

Do Gooder
“I’m a person who believes in giving back what you’re fortunate enough to earn. Incredible people have been recipients of [the K.I.D.S. award] and it’s interesting that I could be chosen for this prestigious honor,” said Bob Campbell, CEO of BBC International. Campbell is being recognized at the K.I.D.S. & Fashion Delivers gala for his longtime support of children’s charities. It’s the first gala for the nonprofits since they joined forces earlier this year. Other honorees include Brendan Hoffman, president and CEO of Bon-Ton, Peter Comisar, vice chair of investment banking at Guggenheim Partners, and TV personality Daisy Fuentes. Vivica Fox will serve as emcee for the gala on Nov. 6.