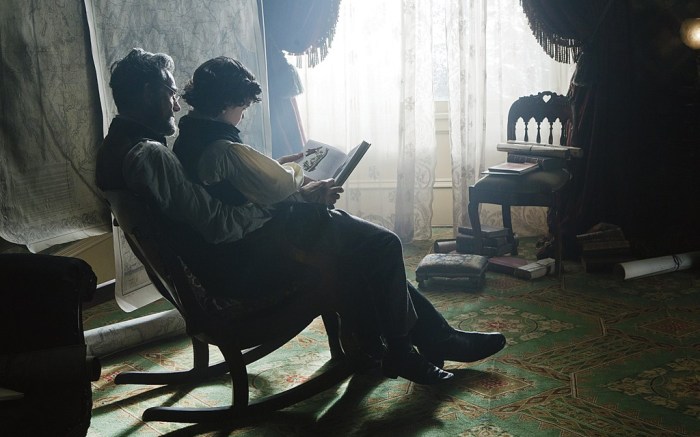 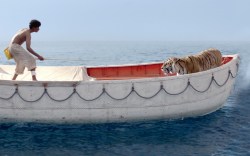 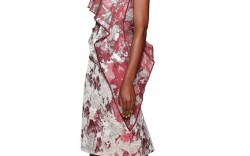 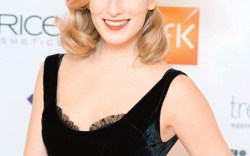 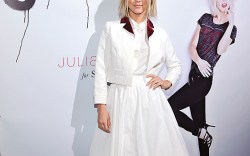 Oscar Goes To
Lights, camera, action! Designers are gearing up for the Academy Awards this week. Here, Spy gets the scoop on some of the power players’ Oscar picks.

MANOLO BLAHNIK
Best picture: “Lincoln”
Best actress: “I love anything with Jessica Chastain. I saw ‘Zero Dark Thirty,’ and I saw ‘The Tree of Life’ with her at least half a dozen times.”
Best actor: Daniel Day-Lewis

MAX KIBARDIN
Best picture: “‘Amour.’ It’s romantic, delicate and sweet, a story of a true love, and very intense. But all the films have interesting topics. Some of them meet my taste, others less. The irony of Quentin Tarantino [for ‘Django Unchained’], the unexpected delicacy of Michael Haneke [for ‘Amour’], the mastery of Steven Spielberg in the historical blockbuster — it will be a tough race.”
Best actress: Naomi Watts
Best actor: Daniel Day-Lewis

REBECCA TAYLOR
Best picture: “‘Silver Linings Playbook.’ The subject matter on the surface didn’t sound like something I’d be interested in, but it was funny, charming, sad and emotional all at once.”
Best actress: Jennifer Lawrence. “She’s so young and engaging.”
Best actor: Hugh Jackman. “I’m rooting for him. I’m from New Zealand, so I like to cheer on the Aussies.”

ALEXANDRE BIRMAN:
Best picture: “‘Life of Pi.’ It’s an astonishing movie. You see a lot of energy, life and nature, and it gives you a lot of motivation to do things better.”
Runner-up: “Amour”

Strike a Pose
Footwear designers were at the heart of the fashion frenzy last week. Tabitha Simmons showed her collection exclusively at the CFDA/Vogue Fashion Fund presentation, alongside Jennifer Meyer and The Elder Statesman. “It’s an amazing honor to be a part of this, and it’s been an incredible journey,” said the designer. “I feel at home showing in New York, but you guys are a tough audience!” Simmons also collaborated with Creatures of the Wind and Peter Som for their runway collections, and styled Tory Burch and Marchesa’s shows. Next up for her is Dolce & Gabbana in Milan. “It’s a very busy time,” she said. Uptown at Lincoln Center, Jean-Michel Cazabat was backstage checking out the ladylike styles he created for the Lela Rose runway. “We are in very good hands — or very good feet, I should say!” Rose quipped. “Jean-Michel is a genius who knows how to do the most perfect cut to make a woman’s legs look fabulous.” Cazabat said he loved collaborating, too. “You get the energy and the feedback of two people, and the key is to make a nice marriage.”

California Dreaming
Charlotte Olympia Dellal and La-La Land might just be a perfect fit. “Los Angeles has always evoked old Hollywood Glamour,” she said. “It’s an era that has always inspired me.” And luckily, the designer will spend more time there as she preps to open her second U.S. store in May, on Rodeo Drive. She is also gearing up to watch the Academy Awards, where she will cheer for Jessica Chastain. “I love her wonderful red hair. It’s reminiscent of one of my favorite Hollywood stars, Rita Hayworth.”

Sin City
Downtown Las Vegas will be transformed into a catwalk on Wednesday for Fashion Alley, an event presented by Stitch Factory and hosted by Zappos.com. The show will highlight local designers and provide some entertainment, too, with a performance by Red Eye Radio and DJ Wizdumb on the turntables. “I’m most excited to share the excitement of downtown with people who’ve never been here before,” said Stitch Factory founder and CEO Meghan Boyd, newlywed wife of Zappos’ Fred Mossler. “This is Las Vegas. There are bound to be some surprises.”

Hough Talk
It turns out that new Sole Society collaborator Julianne Hough’s first connection with the online shoe site happened on the set of her latest movie, “Safe Haven.” “This film was set right by the water, and it was summertime, so everything I wore was mostly just shorts, flip-flops and a few tennis shoes,” she said at a Sole Society preview party and screening for the flick in Los Angeles. “But there was one great pair of [heels] that I wore in the dance scene at a Fourth of July party. They were Sole Society shoes, and that’s how this all came about.”