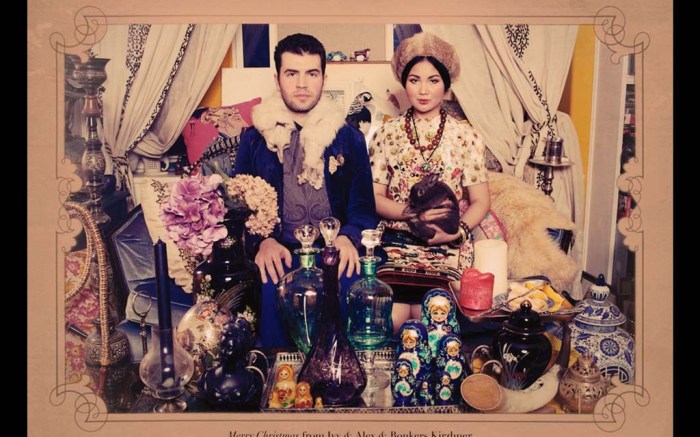 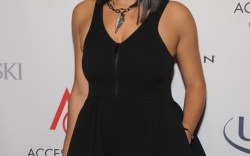 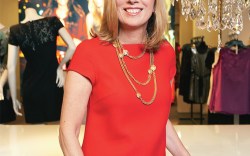 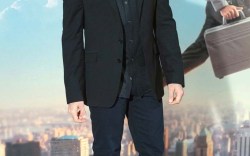 Season’s Greetings
Along with the eggnog and tinsel this holiday season comes a slew of family traditions from quirky to sweet. Designers share their favorite holiday pastimes:

Ivy Kirzhner
“I was raised Catholic and my husband, Alex, is Jewish by tradition, so we end up having some pretty cool holiday mash-ups: like lighting our menorah next to the Christmas tree, dreidels in Christmas stockings. This year, we’re going to make a gingerbread house out of chocolate- and peppermint-flavored matzoh balls.”

Charlotte Olympia Dellal
“My Christmas is spent with family at home enjoying my husband’s cooking, followed by an equally festive Boxing Day at my in-laws, enjoying turkey sandwiches with beer whilst playing Texas hold’em in fancy dress.”

Louise Camuto
“I tie red ribbons around all the candles in the house — it’s festive in an instant. Growing up in Sweden, we would always put a bowl of porridge out on the porch for Santa. That can be hard to do if you live in the city, though.”

Paul Andrew
“My elderly Protestant grandparents live in rural Berkshire, England, and my entire family gathers there to spend the holidays. In lieu of a Christmas tree, my darling grandmother has started the tradition of lighting her ‘Christmas candles.’ I’ve tried to explain that the candles are in fact a Jewish menorah, but she’s not convinced and thus continues to illuminate her candles each year.”

Rebecca Minkoff
“Pumpkin bread is a tradition at our family dinner. I make it every year. It’s festive, sweet and always a hit at the dinner table.”

Nicholas Kirkwood
“For Christmas, I will be at home with my family trying to resist the endless mounds of lovely food cooked by my mother.”

Festive Footwear
What shoes will Liz Rodbell be wearing this holiday season? “[Looks] with a little glam, velvet or glitter,” she said of her favorite festive styles. And it’s no surprise that Rodbell tends to dress from the feet up. “I decide I want to wear these shoes and then what goes with it,” she said. For the holiday season, the president of Hudson’s Bay Co.’s department store group is planning a trip to Playa del Carmen in Mexico with her family. And she will do her very best to completely tune out while on vacation. “I’m going to try to relax. I’m very good at just focusing on [my family].”

Work & Play
Rupert Sanderson is on the move. On the heels of his recently launched capsule with Antonio Berardi, a footwear exclusive for Net-a-porter.com, the designer announced he has yet another partnership in the works: a shoe for contemporary brand Joseph at the brand’s London Fashion Week show in February. “I’ve drawn it all up, but [the details are] under wraps,” Sanderson said. He did, however, share his holiday plans: He’s headed for a quiet, rustic vacation before the fall ’14 fashion frenzy hits. “I am going to Yorkshire Dales [National Park in northern England] for 10 days to fish and be in the countryside,” he said. “After that, more beautiful shoes.”

Sole Mates
Celebrate good times. Paul Mayer and Jeff Levy said their vows earlier this year, at a City Hall wedding in New York, but the co-founders of Mayer’s eponymous women’s label waited until this month to officially celebrate the marriage. The guest list for the soirée, held at Michael’s New York, included some notable names in footwear, such as H.H. Brown President and CEO Jim Issler and Aquatalia Group’s founder and creative director, Marvin Krasnow. Fashion insider Marylou Luther and reality TV’s Rick Harrison (of “Pawn Stars”) were in attendance. So what’s the secret to staying together? “Patience, support and love,” Mayer said, noting the couple has been together for more than 30 years.

Spotted…
Ben Stiller kicking it in Adidas on the red carpet. The star of “The Secret Life of Walter Mitty” was in Madrid last week, where he paired his casual jacket-and-jeans look with a set of sneakers featuring the signature three stripes — specifically, the brand’s Seeley style.