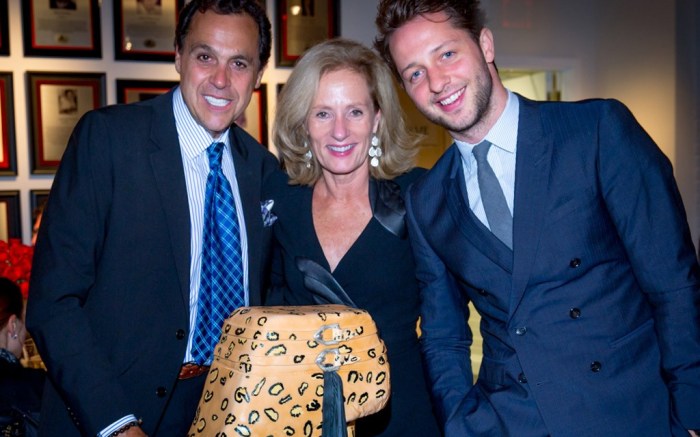 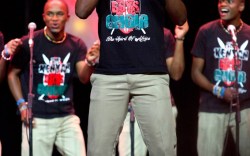 Coming Home
Brown Shoe Co. hosted an event with Derek Blasberg in the company’s hometown of St. Louis last week. The private dinner celebrated the opening of “A Queen Within,” a fashion exhibition at the World Chess Hall of Fame. “At dinner, I’d like to think I had the best seat in the house — between [CEO and President] Diane Sullivan, who is the chic and sophisticated woman you’d expect to be leading up a billionaire shoe business, and Sam Edelman and his wife, [Libby],” said Blasberg. “I left St. Louis to move to New York right after high school because I wanted to chase my dreams of working in the [fashion] business. And then I come home and realize it was there all along. Talk about a chic homecoming.”

Charity Calling
Minneapolis-based Minnetonka recently sponsored We Day Minnesota, which benefits Free the Children, an international education-based charity. The event featured Disney stars Bridgit Mendler and Debby Ryan, and music by The Jonas Brothers and Carly Rae Jepsen. “We feel our partnership with Free the Children is a great fit with our commitment to community service and efforts to create change in a positive way,” said Minnetonka CEO David Miller. This month, the brand also announced two other initiatives: Me Too We Week, pledging $3 to a school in Haiti from the sale of every Minnetonka pair sold; and a Me to We volunteer trip to Ecuador or Nicaragua, offered to a winning student as part of Free the Children.

Costume Choices
Mark Consuelos tipped off Spy to the retro look he’ll try to pull off on Halloween next week. “I’m probably going to dress up like Eric Estrada from ‘Chips,’” he said. His wife, TV personality Kelly Ripa, will act as the Grand Marshall for the 40th annual New York City Village Halloween Parade. Although he was mum about what Ripa plans to wear, Consuelos did talk about his one of his kids’ costume choices: “One wants to be Bane from the Batman movie,” he said.

Pay It Forward
Aquatalia Group marked the first anniversary of Hurricane Sandy on Thursday by teaming up with youth-focused nonprofit Red Hook Initiative and radio station KTU 103.5 for a Sole Empowerment event at the Red Hook Community Center in Brooklyn, N.Y. The brand donated boots and manicures to 30 young women participating in RHI’s high school and work progress programs. The recipients also took part in a career-themed Q-and-A session with KTU’s Cindy Vero and celebrity manicurist Gina Eppolito. “The Red Hook Initiative was so impactful during Hurricane Sandy, and we felt the timing was perfect to give back to them,” said Aquatalia COO and fashion director Rena Krasnow. And Vero told Spy she relished the chance to inspire the next generation. “I hope they reflect back on what I said and carry it with them on their career paths,” she said. “I hope my perspective gave them insight to never give up on their dreams.”

Daver’s Day
Designer Shereen Daver has been selling her women’s label, Daver, on her e-commerce site for several months, but she met several of her customers face-to-face for the first time on Thursday. Daver hosted a private shopping event in Manhattan, where she was on hand to fit customers in her fall ’13 boots and pumps. “It helps to see what’s working [for customers],” she said. Daver, who plans to launch the brand at wholesale for spring ’14, told Spy that she aims to bow a jewelry line at the same time. A signet ring, bracelet and other pieces will feature the brand’s insignia of a lion and a butterfly. “It’s the balance of masculine and feminine,” the designer said.