FN Spy: Close Up on ‘The Newsroom’… Hot Summer Escapes 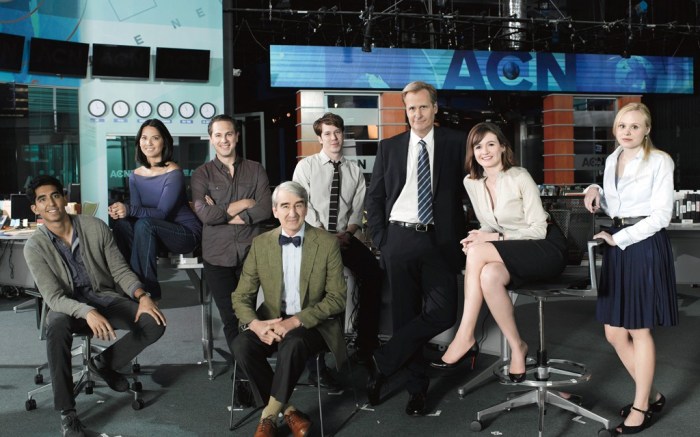 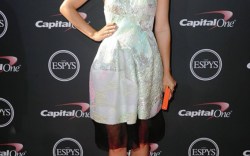 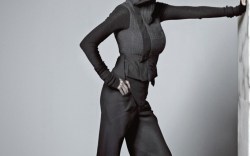 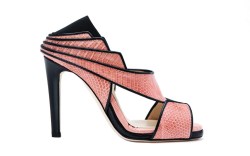 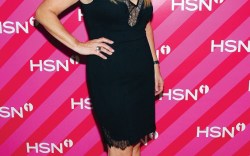 Breaking News
Fashion gets a reality check on “The Newsroom.” For the HBO show’s second season, costume designer Hope Hanafin said incorporating office attire is key. “These are probably the most understated looks I’ve ever done because the set is so kinetic,” she said. “I keep things streamlined and chic. If they look too on-trend, it’s hard to believe [the cast] has been up all night studying the [current event] issues.” Here, Hanafin talks to Spy about mixing high and low fashion and her close relationship with Zappos.com.

What are some key brands featured in season two?

“For Will [Jeff Daniels], there is a big distinction between everyday life and going on air. He puts on loafers and Frye boots to walk into the studio and then puts on his anchorman shoes: classic cap-toe laceups by Allen Edmonds. MacKenzie [Emily Mortimer] and Sloan [Olivia Munn] wear a classic Christian Louboutin pump on-air. Neal [Dev Patel] wears a lot of Cole Haan, Onitsuka Tiger and Toms.”

Which character undergoes the biggest wardrobe transformation this season?

“Maggie [Alison Pill] is wearing a few more heels, such as Sam Edelman. The change in her footwear is a prominent clue for the change in Maggie’s character. Understanding the difference is important to the actor — it really changed how she moved.”

Where do you shop for the New York-based show?

“One of the challenges of the show is [transforming] L.A. actors into New Yorkers. [California styles] such as neon-studded sandals don’t make the cut. The Internet is amazing and great for shoes. The Zappos delivery people know us very well.”

Are there any on-set fashion secrets?

“We are a really high-low show. There are things that people wear that they assume are Chanel and they are from Zara. The mix of what we do is the most surprising.”

Sports Center
It wasn’t all about sneakerheads at the ESPY Awards. Designers received some nods on the red carpet, too, at the event held in Los Angeles last week. Tennis pro and nominee Maria Sharapova chose black Casadei pumps, celebrity Malin Akerman opted for a cut-out style by Giuseppe Zanotti, Olivia Wilde wore a look from Jerome C. Rousseau, pro surfer Stephanie Gilmore donned a strappy heel by Manolo Blahnik and figure skating champ Tara Lipinski paired her little black dress with Charlotte Olympia platform pumps. As for the men, Miami Heat player Dwyane Wade sported a sneaker by Balenciaga. After the awards, Foot Locker had some fun of its own, with an ESPYs afterparty.

Hang Loose
Girls just want to have fun. Designers Chrissie Morris and Camilla Skovgaard are both ready for a break this summer. “I always make time for boating and diving with my three sons,” said Morris. “They bring out the tomboy in me.” When she’s not spending quality time with her boys, Morris also enjoys reading and watching movies. After a recent visit to the permanent photography collection at London’s Victoria & Albert Museum, she picked up Susan Sontag’s book “On Photography,” which tops her summer reading list. In addition, the designer will head to Italy’s Aeolian Islands with her family next month. “The blue of the sea there is surreal. I’m also looking forward to making a great seafood paella,” she said. “It’s a perfect dish for a rambunctious crowd of revelers.” Meanwhile, Skovgaard plans to spend a few months in Lampedusa, a favorite spot of hers on the Mediterranean. What’s on the agenda? Eating fresh seafood, practicing yoga and riding her bike, she said. The designer, who splits her time between London and Dubai, loves the island so much she decided to enlist a friend to help make wooden signs in Dubai (where she lived) and Copenhagan (where she was born) that point toward Lampedusa. “The signs indicate the estimated kilometer distance to the island from both points,” Skovgaard told Spy. “Last year, I dreamed of doing this, so it’s fun to see Lampedusa marked in my cities of origin.”

Mindy’s Project
Out with the old and in with the new. HSN CEO Mindy Grossman is both adding to and subtracting from her shoe closet. Most recently, she purchased a studded kitten heel by Christian Louboutin, plus a style by Nicholas Kirkwood and a Valentino with some leopard flair. “I have a problem,” quipped Grossman, who was on hand at a New York event last week to celebrate HSN’s holiday collection. But don’t expect these new styles to make the trip next month to her vacation spot: her family home in Hudson Valley, N.Y. “We really make it like camp, with tennis lessons,” said Grossman. “Up there, it’s not a stiletto world, it’s a sandal world.” And the CEO recently donated some pairs to charity as well. “I did some pruning,” she said.