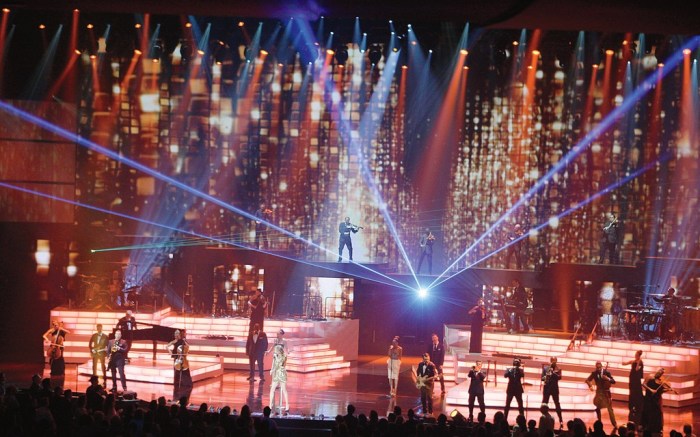 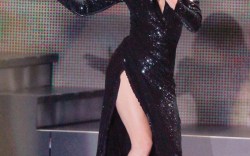 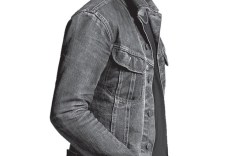 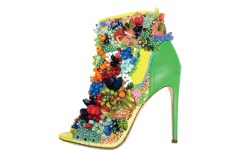 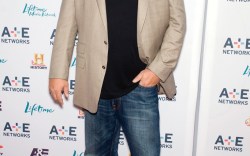 Shoe Stopper
Céline Dion’s footwear collection will go on. The star, who has been working the stage for decades and has had a home at Caesars Palace in Las Vegas since 2003, owns more than 3,000 pairs of shoes. But according to her longtime stylist, Annie Horth, not all of them are for performances. “As much as I like high heels, and Céline does as well, there are shoes that are just ridiculously high and don’t flatter anyone,” she said. “We don’t go there.” Here, Horth spills on the singer’s favorite brands and a few stage tricks.

What are Céline’s favorite brands and shoes for her performances?
“Giuseppe Zanotti makes great styles that are stable enough and easy to get into and out of, which is a must for the stage. And of course the designs are extremely beautiful, chic, edgy and sexy. Azzedine Alaïa is a favorite as well. Those shoes are really high, yet comfortable, which is impossible. How he does it is a mystery.”

About how many footwear changes does Céline have during a typical performance?
“Five or six is usually the number we’ll use in a show. Platforms are almost banned, unless it’s for a long gown during a one-song-only performance — [for example], an awards show. Platforms aren’t stable enough. Plus, I can understand that as a performer she wants to feel the stage under her feet.”

Are there any shoe-styling secrets you can share?
“Shoes play a huge role in Céline’s show. Her dresser uses soap and wax around the edges to smooth [the heel and outsole] so the stones on the shoes don’t catch the bottom of a dress. Also, for ‘My Heart Will Go On,’ Céline is surrounded by a curtain of waterfalls that swirl around her during the whole song. The dress gets a bit wet — and the shoes definitely get wet. We have three pairs of the same Sergio Rossi cage sandals [to get through it].”

On Target
Phillip Lim is the latest designer to hit the bull’s-eye. The designer has teamed up with Target for a fall collection. “I feel more accountable with this project because it’s not reaching a small, niche market — it’s reaching millions of people across the globe,” said Lim. “I put the same amount of passion, energy, spirit and creativity into a $29.99 shirt that I do for a $229 shirt.” The limited-edition series, set for a Sept. 15 launch, features more than 100 different products for men and women, including accessories and shoes. “I focused on the idea of romanced reality,” he said.

Art Project
Email may be an unglamorous calling card for a calligrapher, but for artist Emily Snyder, a quick note of praise to one of her favorite shoe designers — Jerome Rousseau — sparked an exciting collaboration for spring. During a follow-up meeting with Rousseau, Snyder’s whimsical calligraphy, hand-beaded necklaces and “chic eccentric” vibe (according to Rousseau), grabbed the designer’s attention. “She was a multicolored work of art herself,” he told Spy. And just like that, a partnership was born. With a week before the spring ’14 line’s introduction, Snyder set to work embellishing a pair of Rousseau’s booties with 7,000 beads of coral, freshwater pearls and vintage Czech glass. “The shoes were an amazing canvas to work on,” said Snyder. “I finished at 3 a.m., just in time for Jerome to pick them up at 4 a.m. to go to the airport to fly to New York.” The look retails for $6,495.

Pawn Pals
If designer Paul Mayer and partner Jeff Levy get the urge to go antique-shopping while in Vegas for FN Platform, they certainly have the hookup. The footwear veterans met “Pawn Stars” personality Rick Harrison — who lives in Sin City and heads the family business, World Famous Gold & Silver Pawn Shop — while vacationing in Hawaii two years ago. The three have been friends ever since. In fact, Mayer and Levy attended Harrison’s lavish California wedding to Deanna Burditt earlier this summer. “[Rick] knows about so many different things. He is so smart and nice, and he is exactly the same on the TV show as he is in person,” Mayer said. So do they keep up with “Pawn Stars?” “Once in a while, we’ll watch a marathon,” Levy said.

Card Shark
Vegas is war — just ask Jeff Kelley. The Sanuk brand founder makes a stop in Sin City every summer when he drives the brand’s RV from Southern California to Salt Lake City for the Outdoor Retailer show. (And yes, plenty of casinos have RV parking.) Kelley said he has a foolproof way to ensure he leaves Vegas with full pockets: finding a spot where he can play the card game War. Before last month’s OR show, his winnings were $1,400. “You have to be willing to lose as much as $2,000 at a time,” Kelley said. “But if you don’t get greedy, you’ll always win.”

Tweet of the Week…
Simon Doonan is a man of many words. The creative ambassador-at-large for Barneys New York is getting ready to launch his fifth book, “The Asylum: A Collage of Couture Reminiscenses … and Hysteria.” And he’s got something to say about shoes, too:

@BarneysNY: Despite their ubiquity, killer heels seem to have lost none of their allure …. @simondoonan