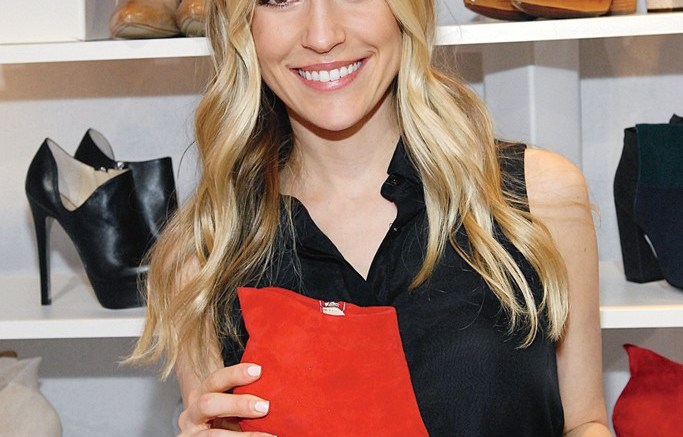 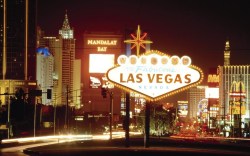 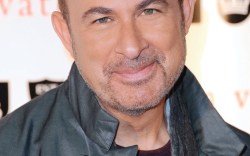 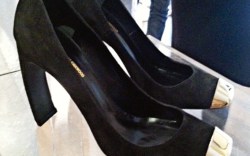 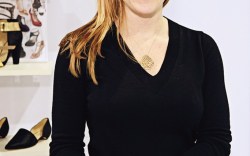 Viva Las Vegas
When she arrived in Las Vegas, it was less sinning and more sleeping for Kristin Cavallari. “[My fiancé] and I went to Nobu, and we were in bed by 10:30,” said the Chinese Laundry collaborator and former reality star, who joined the FN Platform exhibitors for the first time. “We were probably the only people in Vegas who were in bed that early.” She said their second night in town was likely to be similar. “I say we’ll go to Tao, but I turn into a grandma these days, so we probably won’t make it.” But Cavallari did make time for a little extra business on the trip — she toured the Zappos.com headquarters. “Their offices are so fun,” she said. And “Entourage” actress Emmanuelle Chriqui was also on hand, promoting her Charles David capsule collection. “I’m thrilled to be seeing the product in person for the first time,” said the star of the brand’s campaign, wearing a pair of suede pointy-toe booties from her line. “I’ve never been to a trade show like this, so I’m intrigued.” And it might not be the last time. Chriqui she would love to partner up for an apparel collection. “I like idea of collaborating with designers,” she said. “I like to be guided.”

Fan Fare
Television stardom takes some getting used to. John Varvatos, who’s back on prime time on March 8 for his second season as a mentor on NBC’s “Fashion Star,” told Spy he’s still adjusting to being recognized. He’s even been spotted by fans of the show at the airport. “It’s definitely changed things,” said the designer. So what’s in store for the series this time around? “The bar’s been raised, and the levels are a lot higher,” Varvatos said. “The challenges are much more difficult, but the focus is still on creating great product. I’m really excited.”

Vegas Bound
The Las Vegas Strip is about to add another big name to its roster of luxury footwear retailers. Nicholas Kirkwood will set up shop at The Wynn this year. The boutique will be the designer’s third, after London and New York.

Juggling Act
FN Platform designers spent last week working hard. And they are keeping busy after the show, too. Matt Bernson enjoys the West Coast lifestyle so much that he’s about to lock down a Culver City, Calif., storefront, set to open in 2014. “It’s a much bigger space than our Tribeca store [in New York],” he said, “but we’ll have plenty of time to plan and design.” The new shop will house Bernson’s entire footwear collection, plus new product categories such as belts and jewelry. “The jewelry especially is growing in a really big way,” he said. Meanwhile, Pour La Victoire designer David Giordano is gearing up for a different type of job. The creative head is expecting his first child in a matter of days. “It’s really exciting to be here, but there’s some pretty exciting stuff happening at home, too.” While Giordano wouldn’t dish on the baby’s name, he confirmed, “It’s a boy!” And Coye Nokes has big plans, too: to travel across the country. Her itinerary includes stops in New Orleans; Washington, D.C.; Houston; and Austin, Texas. “Trunk shows are a great way to get access to the customer and boost sales for my brand and the retailers,” Nokes said, adding that she’s hoping to get some downtime between appearances. “I’ll have to try and squeeze in a few fun dinners.”

Color Wheel
Via Spiga is all about color for spring. For the season’s campaign, the brand turned to pops of bold colors and photographer Nick Knight to put consumers to sleep — sort of. “The campaign is about the fantasy that most women enjoy when dreaming about shoes. I wanted to convey a feel-good dream,” said the brand’s creative director, Edmundo Castillo. “To achieve the fantasy dream-like effect, we literally closed the model inside of a mirrored cube with a hole in it, through which all the images were shot. While on set we played with different lighting techniques, colors and model poses. It all came about very spontaneously.” The ads, which showcase six different spring styles, will launch in March issues of magazines.

Shaq Facts
Don’t call it a comeback. Shaquille O’Neal has had his Shaq and Dunkman lines since 1999, and Reebok will soon relaunch his first signature shoe, the Shaq Attaq, as well as the Shaqnosis, first introduced in the 1990s. Reebok creative director and longtime friend of the basketball star Swizz Beatz welcomed Shaq back into the Reebok family at last week’s Project show. “Bringing back Shaq’s first shoe starts a new chapter for [Reebok] for a new generation,” said Swizz Beatz, who has made it his mission to reintroduce classic Reebok styles for younger consumers. Shaq, who will most likely have to special order a custom pair for his size 22 feet, said he wanted to make sure the kicks were financially within reach of Reebok’s target consumer. “I wouldn’t have asked my father for $300 for sneakers,” said Shaq. “He would have killed me.” Look for the Shaq Attaq to hit stores in April at $160, and the Shaqnosis in July at $125.