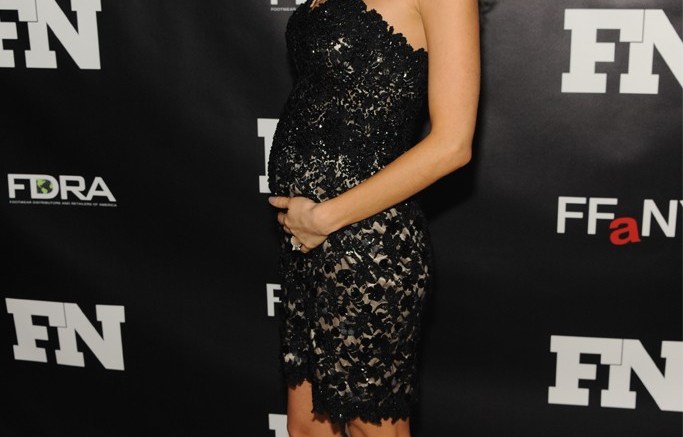 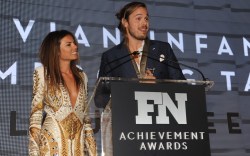 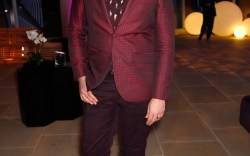 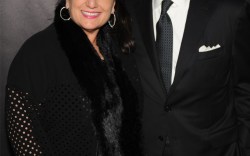 Mother Moments
Kristin Cavallari gets star struck, too. The TV personality admitted she was excited to meet Jessica Simpson at the Footwear News Achievement Awards last night. “I’ve always been a huge fan, so maybe we can compare baby notes,” said the mother-to-be, who is due next spring. Her Chinese Laundry footwear line is on the upswing, too. The collection will start selling in five Nordstrom doors next year. “There are a few other things going on, but I can’t talk about them yet,” she hinted.

Happy Couple
Vivian Infantino Emerging Talent winners Louis Leeman and Erica Pelosini said they received a lot of good feedback from their FNAA story. “But people kept saying, ‘congratulations,’ and I said, ‘For what?’” Pelosini said. “Then we realized it was because the story said we were getting married, and we hadn’t told anyone yet!” Before the happy day in July, the couple will continue their jet-setting lifestyle. Next, they head to Miami for Art Basel, which starts Thursday. They will spend the holidays in St. Barths with award presenters Peter II and Harry Brant. When will they go home to Paris? “Never!” they quipped.

Empire State
It was a quick New York trip for Cameron Silver. The owner of the L.A.-based Decades boutique was in town for just one night, specifically to support Louis Leeman. “He’s doing outstanding men’s shoes,” Silver said. The fashion guru also admitted to being a big fan of Max Kibardin and Christian Louboutin looks. But when asked about his New Year’s resolutions for 2014, he quipped, “To buy less shoes.”

Friends Forever
Joining the FN Hall of Fame last night was DSW vice chairman Debbie Ferrée, who was introduced by longtime friend Jim Issler — so longtime that Issler joked they no longer admit how long exactly. “Let’s just say I’ve known her since she was 3,” the H.H. Brown CEO quipped. For her part, Ferrée was honored to be recognized and used her speech as an opportunity to thank the people who helped her along the way, and to encourage other industry leaders to do the same. But Ferrée also had other big plans on awards night. “I’m leaving a little early because I have tickets for Elton John,” she revealed to Spy.

Big Screen
Pass the popcorn. Vans President Kevin Bailey was on hand for the FNAAs (Vans’ parent company, VF Corp., was named Company of the Year, in part due to a great year at the brand), and the exec had movies on the brain. Specifically “Catching Fire,” which Bailey said he’d caught over the weekend. So what did he think? Chalk up one for the print edition. “It wasn’t as good as the books, but it never is,” he said.