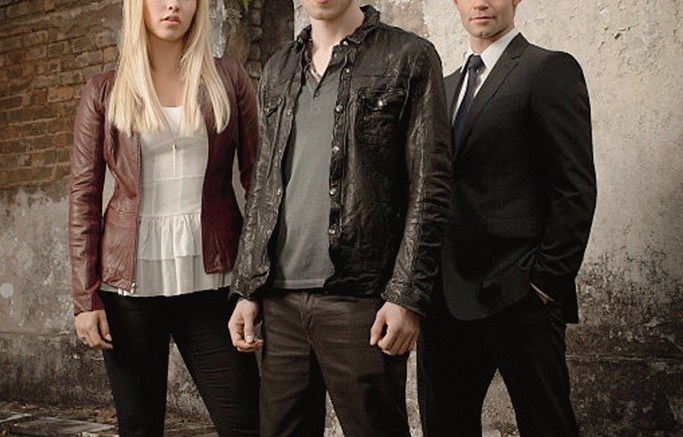 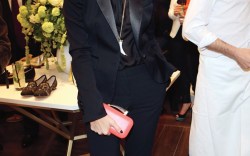 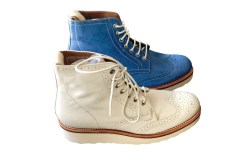 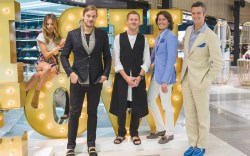 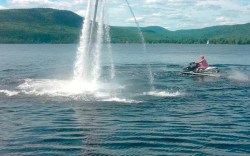 Biting Style
Vampires are still in fashion. “The Originals,” a spin-off and prequel of “The Vampire Diaries,” premiered this fall on The CW, and costume designer Jennifer Bryan does not take her on-set footwear choices lightly. “I use a wide array of footwear on the show,” she said. “It is important the [shoes] meet my criteria.” For her picks, Bryan staked out looks that combine both antique and modern style, set to resemble the New Orleans vibe from centuries ago. Here, Bryan spills on behind-the-scenes styling and brands she could sink her teeth into.

What brands can we expect to see on “The Originals”?
“For the girls on the show, I have selected stilettos from AllSaints, flats and sandals from Sam Edelman, and wedges from Vince Camuto, Steve Madden and Jessica Simpson. [I used] tough-girl boots from Mia, and punk, invisible-heel wedges with spikes, of course, for our witches. For our vampire guys, expect to see boots from Bed Stu, To Boot and Aston Grey — DSW’s house brand.”

How do you begin the styling process?
“I style from the ground up. I love shoes. They punctuate and define style. It has to be functional for the actor, be visually interesting on screen and resonate with our audience. Distressed leathers, patinas, mixed materials, layering of straps and buckles — the updated brogues and monk straps — catch my attention.”

What was the inspiration behind the footwear for the cast?
“Julie Plec, the creator of the show, wanted the actors’ wardrobes to ooze a hip, edgy look layered with a dark sensuality, danger and a sense of history. The show inspires me to create that look and send a message that these characters are edgy and modern, but with a sexy romantic nod to the vibe of New Orleans.”

Gone Bananas
It’ll be a happy Halloween for the Camutos. Louise Camuto might be busy outfitting women in footwear from her new line, Louise et Cie, but the Camuto Group exec and wife of Vince Camuto is also putting together an entirely different look this month — a wacky getup for her son, Philip, who turns 10 on Oct. 29. “Because [his birthday] is close to Halloween, we always have a costume party,” she told Spy. What do Philip and mom have in mind for this year’s soirée? “He is considering [going as] a banana playing maracas,” Camuto said. As for the designer herself, she plans to host the party sans costume.

Lab Right
Grenson lets customers customize. The label will feature its G:Lab concept in London’s Liberty department store from Oct. 15 to Nov. 4. Shoppers will be able to choose their own soles, leathers, eyelets and laces on any of the brand’s core men’s and women’s styles — at a price of 350 to 400 pounds (or $560 to $640 at current exchange) and with a six-week wait time. Grenson has also been using its factory to make Foot the Coacher collaboration shoes, sold on Mrporter.com. “What’s nice about this is that it’s a project started by the retailer, who was on board from the very beginning, so you know it will definitely happen,” said Grenson owner Tim Little, hinting that additional collaborations could be coming up for the brand.

Fancy Footwork
“This isn’t a shoe store, this is shoe porn,” exclaimed Derek Blasberg as he walked into Level Shoe District. The Dubai retailer hosted a party to mark its first anniversary last Thursday. Designers Nicholas Kirkwood, Edgardo Osorio, Alberto Moretti, Paul Andrew, Louis Leeman and his partner Erica Pelosini were on hand to launch their shoes designed exclusively for the retailer. Solange Knowles, who DJ’ed the after-party was overheard saying, “I’m in heaven with my two passions: playing music and gorgeous shoes.” Andrew, who is retailing for the first time in the region, noted, “The selection here is like nothing else in the world.” The event was billed “Let the Shoe Begin” and brought in show dancers from London to perform ballet, tap and contemporary dance numbers choreographed by Allen Warren. Naturally, they wore the hottest shoes from the spring ’14 collections.

Action Pack
What does Modern Vintage CEO Rick Cytrynbaum have in common with Leonardo DiCaprio? Each was spotted enjoying some major airtime recently, thanks to a water jet pack. The daredevil device attaches to a jet ski and blasts its user dozens of feet above a lake or ocean. “I bought it in Marseille, France,” Cytrynbaum said of the machine, which retails for several thousand dollars. “I love water sports, so the jet pack was the perfect next step.” And it seems the CEO is an early adopter. “The only other guy I’ve seen doing this is Leo.”

School Ties
Vasilios Christofilakos is getting used to double duty. The former accessories design chair for New York’s Fashion Institute of Technology continues to teach classes for the fall semester, while focusing on the second season of the men’s brand he co-founded: Roberto Vasi. “I’m sleeping with the left eye shut and the right eye open,” said Christofilakos, who has been at FIT since 1992. He told Spy his past pupils have ended up at places like Kenneth Cole, Steve Madden, Alice & Olivia and Highline United. “It’s funny when I catch up with my former students, because I tell them, ‘Guess what? I’m also your competitor.’”