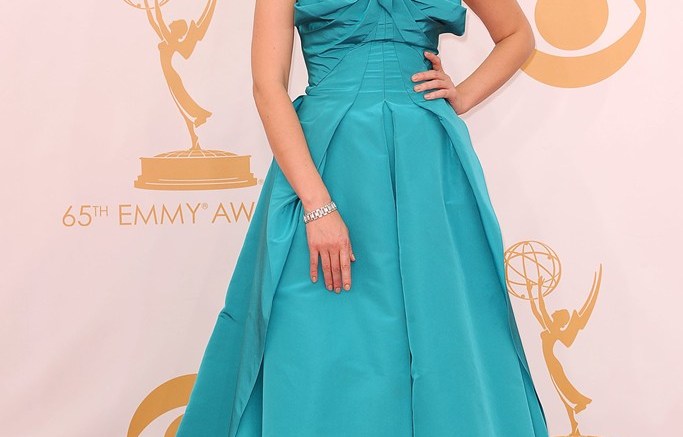 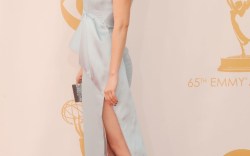 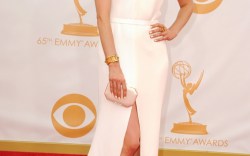 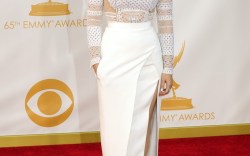 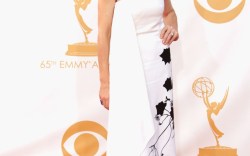 Television and movie stars took the stage at the Emmy Awards, donning an impressive mix of the brightest footwear brands.

For the show, held at the Nokia Theatre in Los Angeles on Sunday, “Mad Men” star Jessica Paré showed off her black strappy Oscar de la Renta shoes on the red carpet.

“New Girl” Zooey Deschanel, who was a presenter for the evening, wore white platforms by Charlotte Olympia. And Kate Mara, of “House of Cards,” was also in a style by the designer. Her sheer ankle-strap heels peeked out through a slit in her J. Mendel dress.

And the evening had no shortage of Christian Louboutin looks. Best Actress winner for “Homeland” Claire Danes wore the designer’s satin T-strap sandals, and fellow nominee Kerry Washington, of “Scandal,” opted for pumps with glitter details.

Both Matt Damon, whose HBO film “Behind the Candelabra” was a winner for the evening, and Jon Hamm sported Christian Louboutin, while Jason Bateman wore black derbies by Dior Homme.

Kit Harington of “Game of Thrones” appeared in shoes by John Fluevog.