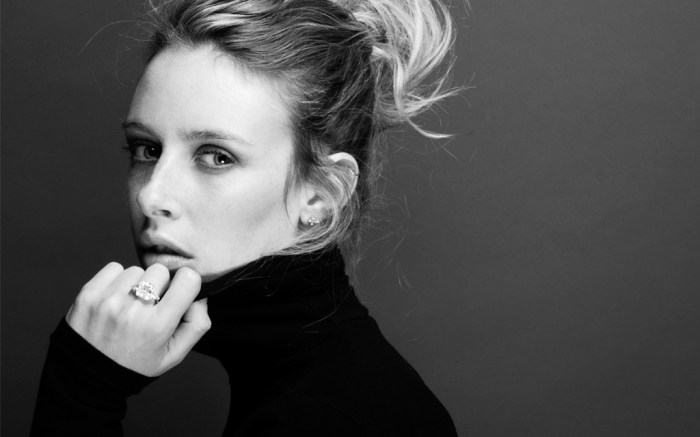 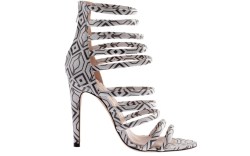 “The energy here is unbelievable, I can feel it from the moment I land till the moment I leave,” said Charline De Luca during a recent trip to the Big Apple. “New York and I have a special realtionship. I enjoy every bit of it from dawn on the East River to the starless sky at night.” A native of Rome, the up-and-coming footwear designer attended the New York Institute of Technology and worked in Fendi’s store design department before launching her eponymous collection in 2011. In just four seasons, she has developed a distinct look that pays homage to her roots with soaring modernist shapes. A speaker at Footwear News’ CEO Summit last May, De Luca was also a finalist in Vogue Italia’s prestigious Who Is On Next? competition in accessories. In town for a slew of meetings with her stateside stockists — which now include Scoop NYC, Oak NYC, Intermix and Saks Fifth Avenue — this rising style-setter revealed to FN a few of her favorite things.

My Roman holiday:
“I love to spend a Saturady or Sunday morning at Kamispa. It is a historic building in the center of Rome with indoor pools and beautiful private suites where you can indulge in the lushest body treatments. After this, I head up the street to the Majestic Hotel for the best brunch in the city, at Filippo La Mantia’s restaurant.”

When off duty in New York …
“I love to walk around in Chelsea and enjoy the exhibitions that the best galleries in the world have to offer. This time, I loved Damien Ortega at Gladstone Gallery and Lucien Smith at Salon 94. Trying new restaurants like Acme is definitely lots of fun, too.”

The last great film I saw was …
“‘Diana Vreeland: The Eye Has to Travel.’ I have actually seen it at least five times, but I love how it takes me back in time in the golden years of the fashion business. She was such an inspiring woman. Nothing explains it better that the tiltle of the movie itself: ‘The eye has to travel.'”