Celebrities Out in Full Force for Jeffrey Fashion Cares 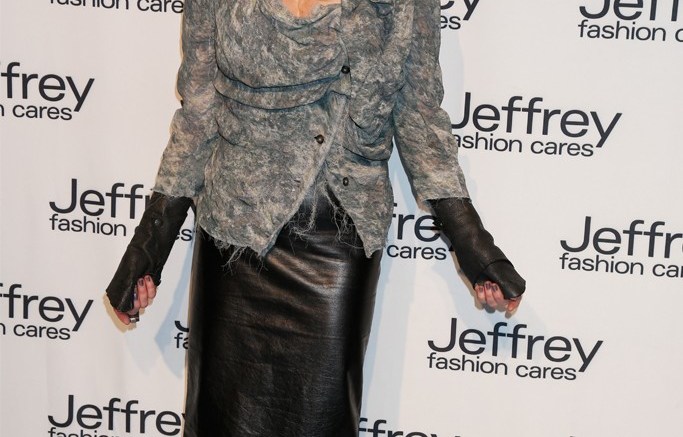 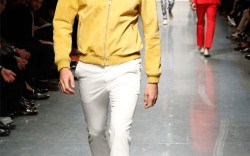 Cyndi Lauper, Emmy Rossum, Veronica Webb and a cadre of other famous faces made the rounds at the Jeffrey Fashion Cares fundraiser on Tuesday at the Intrepid Sea, Air & Space Museum in New York.

The soiree marked the event’s 10th anniversary and drew more than 1,000 attendees who celebrated by sipping champagne, snapping up auction items and taking in the runway show.

Founder Jeffrey Kalinsky said that despite the jovial atmosphere, the fundraiser’s main focus has always been its mission to benefit the LGBT community and nonprofits that serve people living with HIV and AIDS. “I’m thrilled that every year we [recruit] more artists and raise more money for the charities,” added Kalinsky, who is EVP of design and merchandising at Nordstrom, and president and CEO of Jeffrey New York and Jeffrey Atlanta. “That’s why I’m here tonight, and that’s what this is all about.”

But the fashion exec did take a little time to pal around with Rossum, who served as the evening’s celebrity host. “I think she’s beautiful,” he said. “I have not missed an episode of [her Showtime show] ‘Shameless.'”

Rossum said raising awareness about HIV and AIDS is a cause close to her heart. “I’ve worked with YouthAIDS for many years, talking about safe sex with [middle school students],” she noted. “It’s also something that we talk about on ‘Shameless.'” The actress, who wore gold Rupert Sanderson sandals with a Naeem Khan dress for the party, said that in addition to her hosting duties she also was shopping and had her eye on a pair of Hermès gloves up for auction.

Cyndi Lauper set off a flurry of fawning fans when she stepped onto the red carpet. The music icon donned a pair of vintage black lace-up boots she found in London, an Alexander McQueen skirt and a Vivienne Westwood top. “It’s important for women to dress creatively and have an edge to what they do and not be forced to be conservative,” she told Footwear News.

Lauper was in attendance to present the Community Leadership Award to Jerry Mitchell, an activist, as well as the director and choreographer of the musical “Kinky Boots,” which is currently in previews on Broadway and features music by the singer.

“I’m happy, [but] I never did this to get an award,” said Mitchell, whose own annual event, Broadway Bares, raises funds to support the nonprofit Broadway Cares/Equity Fights AIDS. “I feel like I’m accepting the award for all the people who are part of Broadway Bares.” The honoree wore black Gucci boots with low heels for the occasion. “Aren’t they fabulous?” he quipped. “I’m not afraid of my height.”

The New York version of Jeffrey Fashion Cares (the “younger sibling” to Kalinsky’s 21-year-old event that takes place in Atlanta each year) has raised more than $4 million for local charities to date, while both events combined have garnered more than $10 million. “We try to give 80 or 90 cents from each dollar that we raise to the charities,” Kalinsky said.

After a successful event, he said his plans were to indulge in some much-needed downtime. “The second it’s over, I’m going to get in bed and watch some television,” Kalinsky said. “I thought that tonight I’d honor [Rossum] by going home and watching the new episode of ‘Shameless.'”