Best Shoes at the SAG Awards 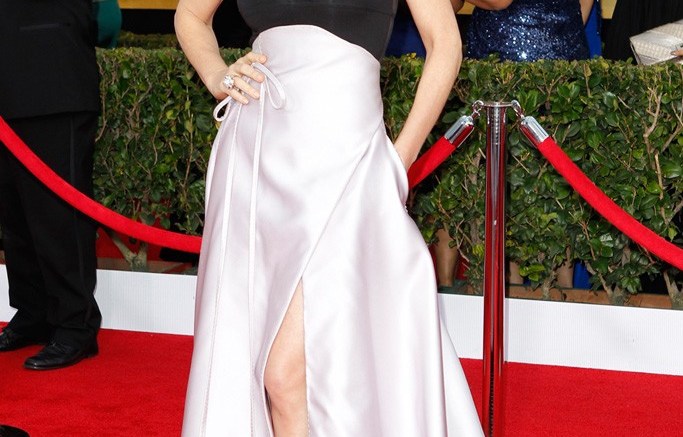 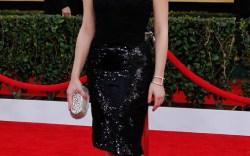 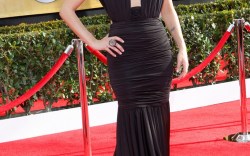 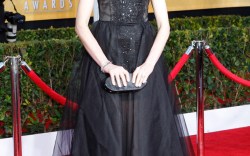 Long gowns ruled the red carpet at the 19th Screen Actors Guild on Sunday, but the event certainly wasn’t short on shoe moments.

Awards-season staple Brian Atwood also made a strong showing, appearing on the feet of Jennifer Garner, whose custom-dyed platform sandal peeked out from the hemline of a gold strapless dress. The cameras also caught a glimpse of the same style in black beneath Kelly Osbourne’s trailing art deco-inspired dress, and Busy Phillips walked the red carpet in a pair of the designer’s black sandals, too. Morgan Saylor of “Homeland,” one of the few actresses to don a shorter gown, stood out in a pair of classic satin pumps.

Jimmy Choo also stood out when Anne Hathaway, who took the award for female actor in a supporting role for her performance in “Les Misérables,” walked the carpet in a pair of custom vegan peep-toe stilettos from the brand. Jennifer Lawrence, Lea Michele and several other stars also sported Choo under their dresses.