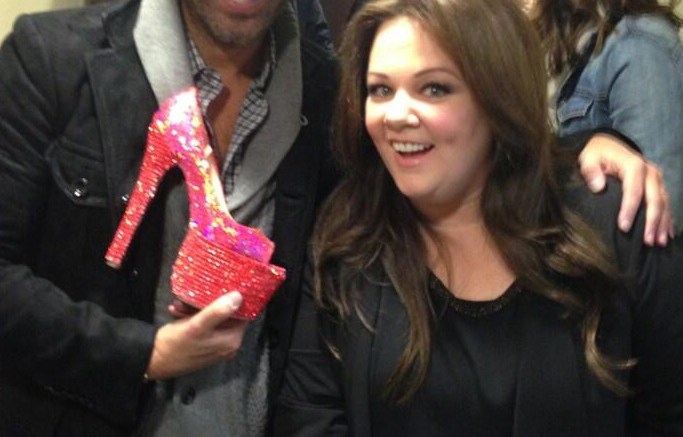 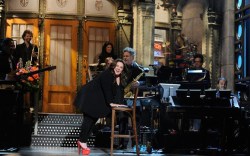 It was all in good fun as the actress opened her second “Saturday Night Live” hosting gig with a monologue focusing on her struggle to walk in the 6-inch sparkly red heels, Atwood’s Alesha style.

“I should have tried these on,” McCarthy said before grabbing a chair from the orchestra to balance herself and then sliding face-first on stage.

“They told me, ‘Make sure you practice in your shoes.’ I said, ‘What, I live in heels!’” But she eventually conceded, “That was not honest. I’m primarily in a Croc. … I cannot feel anything from my arch to my toe.”

Atwood, in the audience to see it all go down live, said McCarthy had pitched the idea to the SNL team early last week, but he didn’t know whether it was going to happen until Saturday afternoon.

“They called for shoes on Friday, and there I was seeing the hilarious skit the next day,” said the designer, who has been good friends with McCarthy since they attended high school together. “I was laughing so loud that friends watching at home said they could hear me.”

So could women think twice before wearing Atwood’s shoes in the future?

“Walking in heels is an art and we all poke fun at that,” said the designer. “Melissa took it to another level, and that’s what makes her a genius. You can’t ask for better press!”