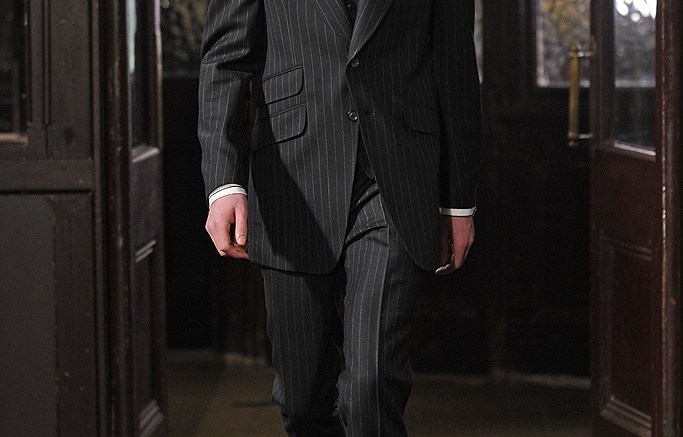 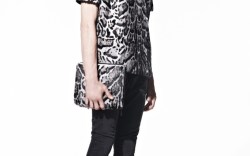 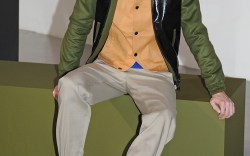 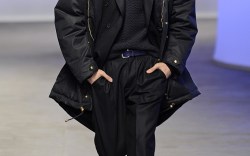 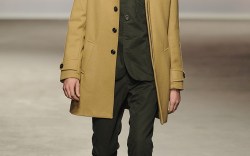 The fall ’13 men’s collections in London this week offered both tailored classics and a dose of quirk. Utilitarian boots were a major hit and included Topman’s athletic-inspired look and Oliver Spencer’s tailored wingtips. Loafers and new takes on slides, such as Alexander McQueen’s high-cut style, are also on-trend for the season, along with updated brogues in unique textures. And while MAN showed two-tone rubber looks, Nicholas Kirkwood unveiled his men’s collection of iridescent laceups and other styles.