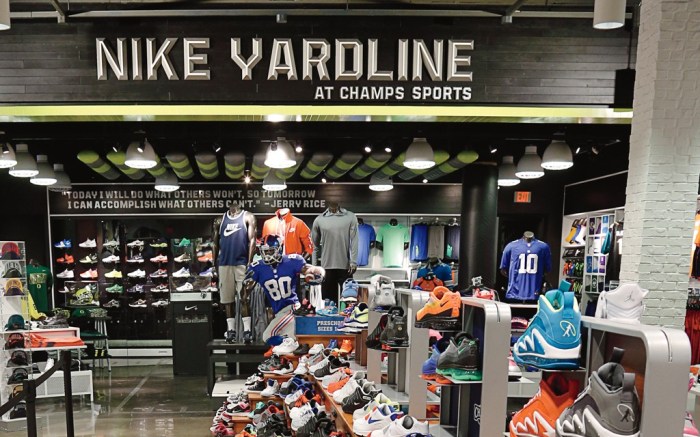 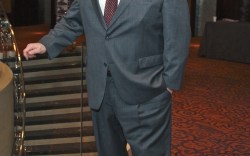 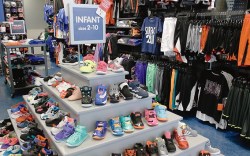 In an interview with Footwear News at the firm’s 34th Street headquarters in New York, Hicks, chairman and CEO since 2009, said he is firmly focused on the future. “I congratulated everybody,” he said. “[But] you can’t look back because [competitors] might be gaining on you.”

To keep ahead of the pack, Foot Locker is moving forward on a number of fronts, from capitalizing on its newest acquisition — Runners Point Group in Germany — to refreshing several of its nameplates.

After years of slipping sales at Lady Foot Locker, that 279-door chain is in the midst of a wide-ranging, apparel-focused remake of its heritage doors. The company also is expanding its larger-footprint, apparel-driven women’s concept, Six:02, which has three stores and will debut more doors, with plans to launch a website. Foot Locker, Kids Foot Locker and Champs are getting facelifts as well.

“You have to keep having the next acts ready, and that’s why we’re trying different things,” Hicks said.

“It goes without saying [that Foot Locker’s] mere size commands and demands respect, but its strategies have been spot-on for the consumer,” he said.

In addition to tweaking the storefronts at home, Foot Locker also is targeting overseas markets. Its $94 million acquisition of the performance-focused Runners Point Group in Germany, expected to close later this summer, will give the company new running strength in Europe’s strongest economy.

“It’s a great acquisition, and they bought it incredibly well, [especially] for a business that isn’t broken,” said Camilo Lyon, an analyst at Canaccord Genuity. “It’s a strong beachhead in a more stable part of the continent, and it broadens their reach to go after a more specialized segment of the market. It’s really positive.”

Here, Hicks sounds off on Europe, the fickle stock market and what Six:02 really means.

The Runners Point acquisition expands your presence in the German market in a big way. Did you have any reservations about growing in Europe right now?
KH: [Our] Germany business has had very good numbers in the last two years, and their numbers so far this year are good. They’re in the best market in Europe by far, so we feel good about that. Both [Runners Point and Foot Locker] are doing OK [overall in Europe] now, so the only thing we should do is get better. At some point, Europe will come back and we’ll be even better positioned.

When do you anticipate a turnaround?
KH: That’s above my pay grade, [but] I don’t think anybody really knows. Our business is still making money in Europe. I don’t know how many other people can say that, but it’s OK for us. It’s just not as good as it was.

Does the unstable U.S. economy worry you?
KH: You’re always concerned about the economy. But I can’t control it, so I don’t worry about it. The biggest concern I have as a company is if hubris starts to take over. This isn’t a market where you’re competing against a bunch of schmucks. We’re competing against good people who push us to improve.

Even after such a strong quarter, your stock price took a hit because the May comps seemed low. How closely do you track the market?
KH: The stock price on any given day doesn’t matter. Over time, it matters. Some people go, “Oh my God, the stock went down.” Well, yeah. It’s a good chance to buy. Our job is to keep selling sneakers, and if we do that, we’ll be fine.

The strength of basketball has worked in your favor. Do you worry about the trend waning?
KH: At some point, there will be a shift to running — two-and-a-half years ago, running was hot. Now it’s, why do you want to be in running? Sell basketball. We have a four-legged stool because we’ve got basketball in a good way, we’ve got running in a good way, we’ve got lifestyle in a good way and we now have apparel. If one thing starts to trend down, it pushes out the other side. It’s not that people are going barefoot.

The women’s business has been a big initiative. What have been the major changes there?
KH: One, in all the Lady Foot Locker stores we’ve put in more apparel and bra and bottoms bars, and we’ve changed the assortment to more performance, less fashion. But [most of them] are smaller stores and still primarily shoes. [Two], we went back and changed the layout of [about 20] stores, where we took the majority of shoes off the wall and put apparel on the wall. They will look to the customer like they have about half apparel, half shoes. And those are performing well. Then we have three Six:02 stores and will be opening more later based on our learnings. Those are larger stores — 4,000 square feet versus 2,500 square feet — and they have a lot more apparel.

The names of all your other banners are so literal. How did you come up with Six:02?
KH: Well, we actually came up with 6:20, because that’s when the alarm went off [for one of our employees]. But somebody was already using 6:20. So then we said what about 6:10, and we couldn’t use 6:10 because there were already some retail stores called 6:10. So we said Six:02.

How are you refreshing the other nameplates?
KH: Champs, Foot Locker and Kids Foot Locker — all three have new formats. At Champs, all the shoes are off the wall and they go down the middle of the store on bleachers, and apparel is on the walls. [When] you walk into the store, it looks very different. At Foot Locker, we’ve got a new wall format and we’re showing more vignettes with the apparel. And at Kids Foot Locker, we’ve taken the shoes off one wall and put apparel down the wall. We said that we hope to have 20 percent of the Kids, 15-plus percent of Champs and more than 10 percent of Foot Locker revamped this year.

What’s driving the new looks?
KH: [It’s about] the ability to show apparel. [Before], we basically sold cheap apparel that you could just stack up and sell. Now we’re selling $25 T-shirts, Adidas track suits and Under Armour and Nike hoodies — things that are nicely priced. And we need to show those in a manner befitting the quality [of the product].

Is footwear still the primary business driver?
KH: Oh yeah, we’re still primarily shoes. And we always will be. Our objective is we’d like to get apparel and accessories back to 30 percent of the assortment, and right now we’re at 24.

This month, the company finished closing the 22 CCS skate stores it began opening in 2009. What did you take from the experience?
KH: We didn’t go after apparel the way we should, and we made the stores too small. You look at the other people in that space — Tilly’s and Zumiez — their stores were two to three times bigger. We had this little tiny store with a much more limited assortment versus these big stores. If you’re a kid, where are you going to go?

Are you optimistic about CCS’s future online?
KH: That’s what we bought, and it was a very successful website. We think it can be very successful again. Because the stores were limited, we probably did some things wrong for the website, so we’ve got to get it back [in order]. We’ve got a team and product we believe in, and good vendor support.