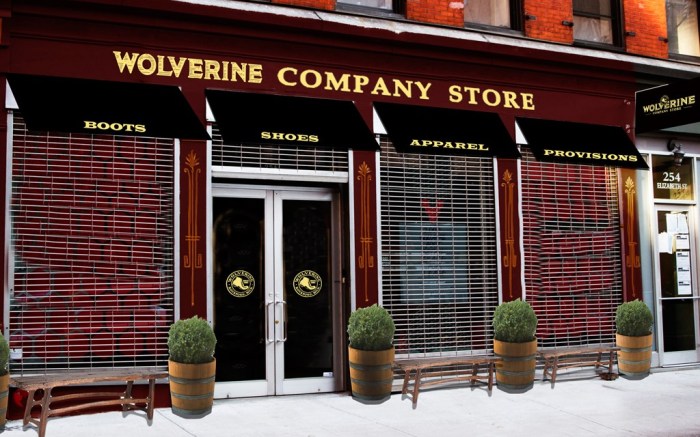 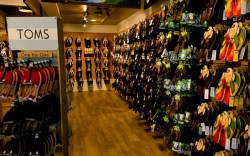 Wolverine Makes It Permanent
Wolverine World Wide Inc. is taking a bite out of the Big Apple. After a successful pop-up project last fall, the company has announced plans to debut a permanent store in New York’s Nolita neighborhood under the Wolverine Company Store banner. “The Wolverine Company Store pop-up was successful beyond our expectations,” Wolverine Brand President Todd Yates said in a statement. “We wanted a location that showcased our heritage, but what came of it was much more than that. The consumer response was terrific, and we experienced significantly higher volume than expected. After making strong brand connections with so many people, we wanted to continue the momentum from the pop-up with a permanent location.” The store is slated to open in late July and will feature a curated selection of Wolverine products.

Island Sole Bows in Maui
Island Sole is doing some island hopping. The multibrand retailer last week bowed its fifth location in Hawaii, this one in Maui. “We’re absolutely thrilled that the Island Sole brand has taken flight and expanded to bring our wide selection of footwear to Maui residents and visitors,” Lon Miyaguchi, VP of operations for Island Sole parent company Art Source Inc., said in a statement. “Front Street [in Lahaina] is a thriving shopping destination on Maui. This location is the perfect opportunity for us to share our passion for footwear and living the aloha lifestyle.” The 700-sq.-ft. store features a 26-foot wall dedicated to OluKai, featuring stories and images about the brand’s partnership with the Hawaiian Lifeguard Association, and video screens showing grassroots events. In late July, Island Sole will open its first store outside the islands, in Newport Beach, Calif.