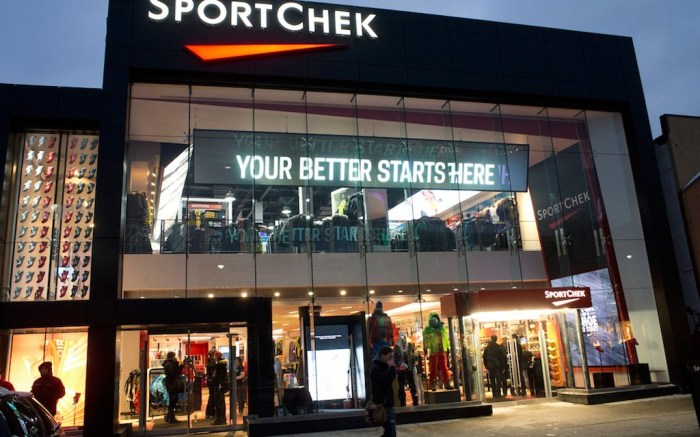 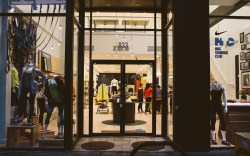 Sports Chek Debuts Retail Lab
Sports Chek is getting experimental. The Canadian sporting-goods retailer, owned by FLG Sports Ltd., recently launched a new “living lab” concept store in Toronto. The 12,000-sq.-ft. store was designed to serve as an ongoing testing ground for merchandising presentations and new uses of technology. Successful innovations will then be rolled out to other locations within the chain — starting with new flagship stores later this year. “Our goal with this live lab store is to test and demonstrate the latest in retail technology to deliver the same emotional rush our customers get when they are pursuing the sports and physical activities they love,” said FLG Sports President Michael Medline in a statement. The lab design includes the largest digital shoe wall in North America, installed by Adidas, and featuring three 55-inch touch screens. Reebok has installed a customization kiosk, while Nike has outfitted the store with its first “Nike Shoe VJ Experience,” which allows customers to play video games with custom-made gaming controller technology built into shoes.

Coming Soon
Vince Camuto has begun the build-out for a new store on Fifth Avenue in New York near 20th Street. … Johnston & Murphy is renovating its Madison Avenue location and plans to reopen on Feb. 11, according to a sign in the window.