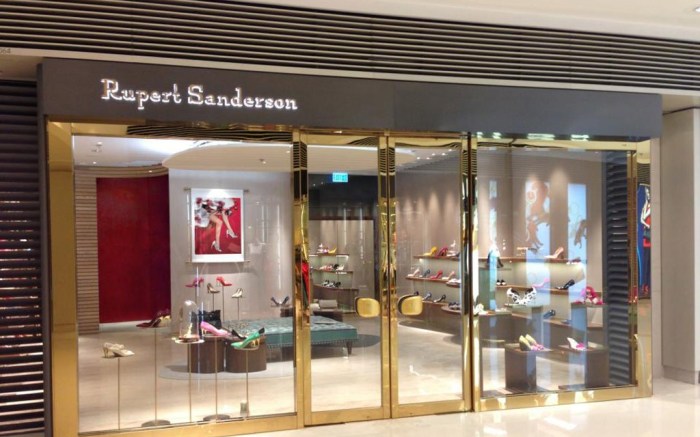 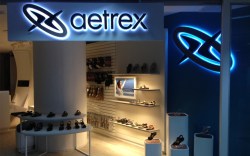 Two for Hong Kong
Rupert Sanderson earlier this week opened its second boutique in Hong Kong, a 1,000-sq.-ft. location in the Elements shopping mall. The new store features many of the same design elements from in the designer’s London and Paris shops, including lighting, shelving and imagery from his recent ad campaign. “I’m thrilled with our new opening,” Sanderson said in a statement. “This is part of our drive to bring our store locations into line with where we see ourselves now and in the future.”

Munoz Redefines Fast Fashion
Abel Muñoz is getting ready for some hit-and-run retail on April 18. The designer plans to open the first of a series of very short-term pop-up shops in Toronto for his eponymous label. The stores will be located inside luxury retail centers owned by real estate developer The Daniels Corp. “The pop-ups [will run] through the season, for one evening or two, lasting three to four hours at a time,” Muñoz said. “The styles that are going to be available are the same styles as in the Abelmunozshop.com and maybe some classics styles [as well].”

Israel Gets Aetrex
Wellness shoe brand Aetrex Worldwide is expanding its retail footprint with two concept stores in Israel. The first opened earlier this month in the City Garden Mall in Tel Aviv. A second is set to debut in April in the Ramot Mall outside downtown Jerusalem. Both are 500 to 600 square feet and will feature Aetrex’s foot scanning devices, footwear and orthotics. The shops are the first to bow since Aetrex opened its original concept store in 2011 in Englewood, N.J. According to the company, the new locations are part of an international expansion of its retail concept and will be operated by its Israeli subsidiary, Aetrex Worldwide Inc.

Growth Spurt for DSW
DSW continues to roll out stores at a breakneck pace. The company last week cut the ribbon on an 18,000-sq.-ft. store in Saginaw, Mich., which will stock 23,000 pairs of shoes. Christina Cheng, director of investor relations, said the company operates 16 stores in Michigan, but none serviced the Saginaw area. “The next closest store to that area is about 55 miles away, in Lansing, so we are excited to serve shoe lovers in the region,” she said. This week, the retailer debuted a location in Harahan, La. Other recent openings were in Charlottesville, Va., and Camp Hill, Pa.

Pliner Goes Bicoastal
Donald J Pliner is preparing to bow a 1,650-sq.-ft. boutique in the Dadeland Mall in Miami on April 11, and two additional stores are slated to open later this year. The Miami location kicks off a new concept format, inspired by the designer’s travels in the U.S. and abroad. Tribal décor, exotic skins and dark wood accents provide a backdrop for the shoes and accessories, including the Donald & Lisa Signature collection. In addition, the store will feature stands with iPads, providing customers with access to the full product assortment, available online. The next two shops will be in the Mall at Millenia in Orlando, Fla.; and in the Century City Mall in Los Angeles.