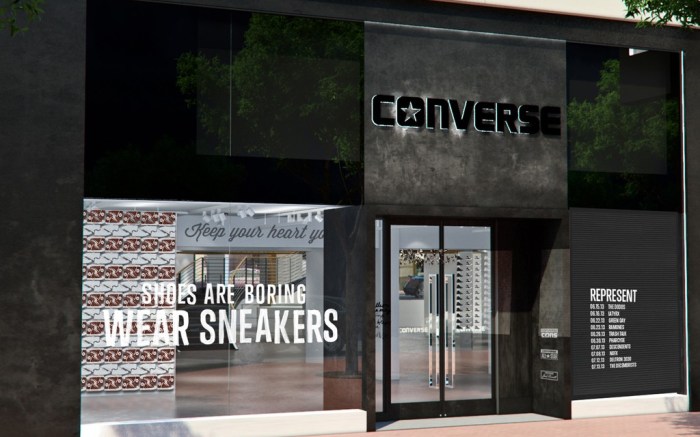 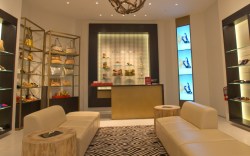 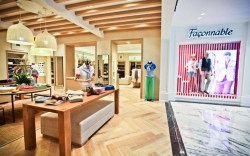 Converse to Debut Largest Store
Converse is putting down roots in Fog City. On June 28, the brand will open its fifth U.S. branded store, on San Francisco’s Market Street. The location will be its largest store to date. The two-floor, 8,200-sq.-ft. space also will stock the largest assortment of Converse footwear, apparel and accessories found anywhere in the world. The new store is set to feature a customization area that allows shoppers to produce one-of-a-kind footwear and apparel. “San Francisco is a perfect fit for Converse, [as it’s] a city with a creative spirit similar to ours,” Jonathan Tappan, GMM of direct-to-consumer at Converse, said in a statement. “We’re thrilled to offer local consumers an outlet to unleash their creativity and participate in our brand through our in-store customization and various music and art programs that the brand supports.”

Pliner Times Two
Donald J Pliner recently opened two Florida locations — at the Dadeland Mall in Miami and the Mall at Millenia in Orlando. The stores feature design elements inspired by Pliner’s travels and accentuate the tribal features, exotic skins and dark accents in the designer’s spring ’13 collection. In addition to housing Pliner’s collection, the store also carries the new Donald & Lisa Signature collection. “This is such an exciting new phase for us,” said creative director Donald Pliner. “The design concept is a modern evolution of the brand, while remaining true to the Donald J Pliner DNA. The environment is chic and fresh, yet warm and eclectic. It truly emulates the detailed nature and richness of our footwear collections.”

Façonnable Goes to Shanghai
Façonnable is headed to mainland China. The brand recently opened its first shop-in-shop inside the Takashimaya department store in Shanghai. The 1,900-sq.-ft. space features the brand’s full range of footwear and apparel for men and women. The interior reflects the latest concept rollout, incorporating design elements from the French Riviera, complete with natural wood floors and white walls with blue stripes.

Fluevog Preps Denver Store
John Fluevog continues his retail expansion with plans to open a store in Denver’s Larimer Square later this summer. The space will be adorned with archival imagery of the historical area. On opening day, slated for sometime in July, Fluevog will release limited-edition men’s and women’s styles available only at the new location.