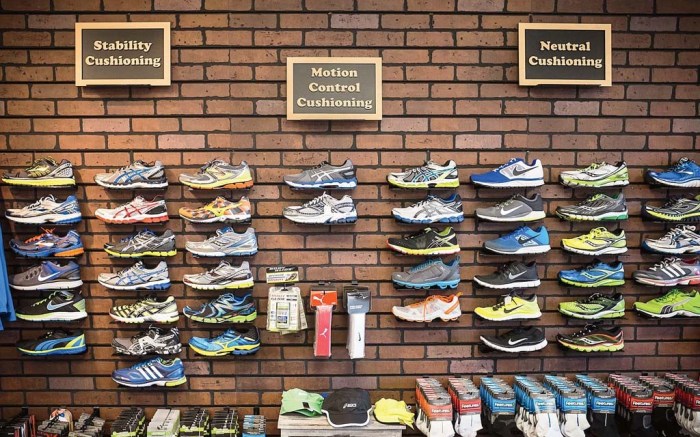 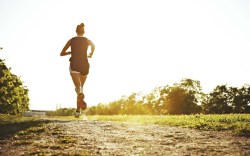 AUSTIN, Texas — The running market grew in 2013, but the battle for consumer dollars was fiercer than ever.

And 2014 will be more of the same, storeowners at The Running Event trade show here told Footwear News. “Every year takes more and more work and effort,” said Ross Martinson, co-owner of the Philadelphia Runner stores.

Sales of running shoes continue to rise, according to the National Sporting Goods Association. It reported revenues increased 23 percent to $3.04 billion in 2012 and are predicted to hit $3.51 billion this year.

But it hasn’t been easy for small storeowners to keep up, thanks to higher prices and increased competition from bigger players.

The Running Specialty Group, operated by Finish Line Inc. and Gart Capital Partners, made a number of high-profile acquisitions in 2013, adding shops such as the three-store Boulder Running Co. and Bob Roncker’s Running Spot.

Also altering the playing field is the fact that more brands are getting into the retail game.

“It [used to be] a three-pronged competitor deal — with the big boxes, the online businesses and other specialty stores,” Rouse said. “Now though, the big elephant in the room is the vendors themselves, and they’re doing a great job. They have every color and every size. It makes the challenge bigger and more dynamic.”

Rouse pointed out that Asics and Saucony both have opened or will open brick-and-mortar shops in his area, and Brooks introduced product in nearby REI and Dick’s locations. The brands’ e-commerce sites are in the mix as well.

“This year will be the first since we’ve been open that we haven’t shown pretty significant growth,” Rouse said. “All of a sudden, a lot of people we were in bed with are now our competitors.”

Ed Griffin, owner of the two Fleet Feet Sports franchises in Syracuse, N.Y., said running stores also are competing with other channels, even if those channels don’t have access to the same product lines.

“It’s an image issue with consumers — if [a brand] is selling premium product to us and secondary product to Kohl’s, T.J. Maxx [or other off-pricers], the customers see the logos on the shoes and those might be $70. They don’t always know the difference,” Griffin explained.

And price sensitivity is going to be a bigger issue going forward, he added.

“Over the past three years, prices on shoes have risen 20 percent to 25 percent on the retail level. What concerns me is that $120 is the new $100,” Griffin said, noting that sticker shock is the most common critique of his store in post-purchase surveys, and the number of people mentioning it has increased over the past year.

With that in mind, independent retailers are focusing more on the specialty experience to help drive traffic and sales. Philadelphia Runner’s Martinson said his stores have responded to the crowded field by doubling down on outreach, though he acknowledged the year had not been as strong as he had hoped. “We’ve done more events and worked more on advertising this year,” he said.

Baltimore-based Charm City Run’s strategy has been to build its community-based outreach efforts to set itself apart from the competition.

“It’s a different industry than it was two or three years ago. [People ask]: ‘What races do you have, what charities are you donating to, what kinds of things are you involved in?” said GM Tom Mansfield. “It’s a much more sophisticated, educated experience. People want to see how deep your roots are. The [same] product is everywhere, so you need to give people a reason to come back.”

“Running specialty is changing — not only who’s out purchasing in stores but who our customer is,” she said. Event-style races such as Color Runs, Tough Mudders and the Rock ’n’ Roll marathon series are drawing newer athletes to the stores.

“We’re seeing this young, fast, hip, social running crowd. They don’t care about their times. They’re doing it for the experience with a bunch of friends,” she said.

And Mansfield of Charm City said the firm’s five area stores are looking at attracting those shoppers with dedicated programs.

“We’re hitting hard on the training group side to draw in a [fresh] customer: ultra runners is one of our fastest-growing channels,” he said.

And the next generation offers opportunity, too, as the retailer skews younger with new training programs and events aimed at kids. “We’re hitting the family front, and making it a one-stop shop,” Mansfield said.