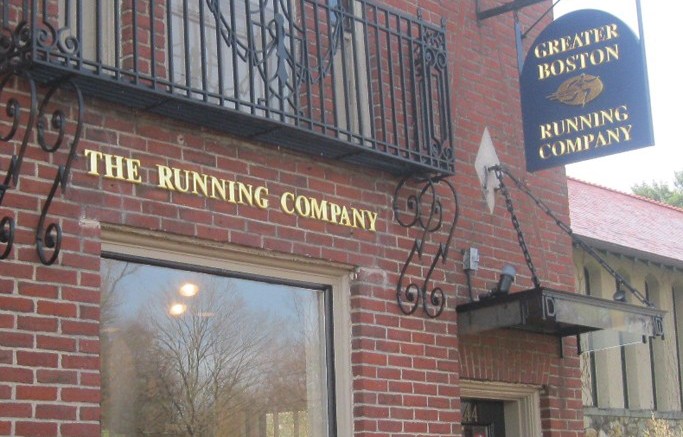 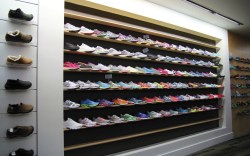 NEW YORK — Specialty running storeowners are ready to do battle.

In the face of increasing competition — from big-box stores, the Internet and even their own vendors — retailers said they must elevate their game this year with more exclusive product and better service.

“2013 is going to be a challenge for a lot of people,” said Mark Rouse, owner of Runners High ’n Tri in Arlington Heights, Ill. “Stores that adjust to change with the times and keep everything exciting and fresh are going to do fine. Stores that try to do business as usual, they’ll be in trouble. The pie is getting sliced in a lot more pieces.”

It’s not the first time other players have taken aim at specialty running, said Chris Lampen-Crowell, co-founder of the three Gazelle Sports stores based in Grand Rapids, Mich., but the sheer number of new contenders can be daunting. “There’s more focus on this category from the entire retail industry, whether you’re Macy’s and putting in Finish Line [shop-in-shops], Road Runner Sports putting out more stores or a small new independent guy down the street from someone who’s been around,” he said.

But Lampen-Crowell suggested a more crowded market could actually be a good thing. “There’s more competition, but at the same time, that’s kind of fun. That means there’s opportunity,” he said.

John Rogers, owner and president of Maine Running Co. in Portland, Maine, agreed: “Competition can sharpen the saw and make it better for everyone.”

According to several owners, the main threat is still online, where minimum advertised price policies aren’t always enforced and newly released shoes can be found for $10 or $15 less than the manufacturer’s suggested retail price.

“The biggest threat is still the Internet, which isn’t a fair playing field with us, so we have to solve [that problem] with our vendor partners,” Rogers said.

He added it highlights the need for running stores to make sure vendors are working with them to move the product, whether it’s with clinics, co-op advertising, partnerships for race expos or other joint ventures. “Going into 2013, we’re going to find out [whether] they are on board with us,” Rouse said.

Other storeowners said they are embracing some brands’ recent efforts to give the run specialty market dedicated product, whether through early deliveries, channel-exclusive colors or by making popular styles brick-and-mortar only, as Nike has done with the Structure Triax and New Balance with the 880 and 860.

Retailers also are deepening their focus on community engagement — long the channel’s strong suit — and doubling down on new ways they can compete.

For Fleet Feet Sports in Syracuse, N.Y., that means looking at what online shops do well.

“There have been a lot of studies on [consumers’] reasons for online shopping, and half said they are purchasing for convenience — that’s the element we need to focus on,” said storeowner Ed Griffin.

To achieve that, Fleet Feet is overhauling its POS system to allow mobile iPad checkouts. It also is weighing potential new services such as sending email reminders to existing consumers to encourage reorders and beginning same-day delivery. “We need to ratchet up the experience to continue to separate ourselves from all other channels,” Griffin said.

Gazelle Sports is sharpening its focus on the female shopper to further differentiate. “We’re training our staff differently, [studying] dressing room methodology, lighting, everything — and that makes a difference,” Lampen-Crowell said.

But as they ramp up service efforts, independent retailers are keeping an eye on new entrants in the category. The Finish Line and Gart Capital Partners venture, which now operates 25 stores under the Running Specialty Group corporate banner, has said their aggressive expansion plans will include not only buying existing retailers but opening new doors. And Dick’s Sporting Goods has bowed two True Runner concepts in the past year, in St. Louis and Pittsburgh.

Matt Helbig, owner of St. Louis-based Big River Running Co., said business has been up since the True Runner location opened in September. But he isn’t taking its presence in town lightly, especially since, unlike Internet accounts, these new specialty shops tend to have access to the same colors, exclusives and styles as the independent doors.

“Dick’s has a lot deeper pockets than I do, and I don’t expect them to go anywhere,” he said. “It’s raised the level here. We’re aware they’re here and have done a lot of things to improve our service and shore things up, but they’re not a huge focus. We’re focusing on ourselves.”

But the deep pockets and outsize influence of big-box players could even be an advantage, said Robb Finegan, co-owner of Fit Right NW in Portland, Ore. “They could do some amazing things,” he said. “They have the power to force the vendors to do things for our specialty channel.”