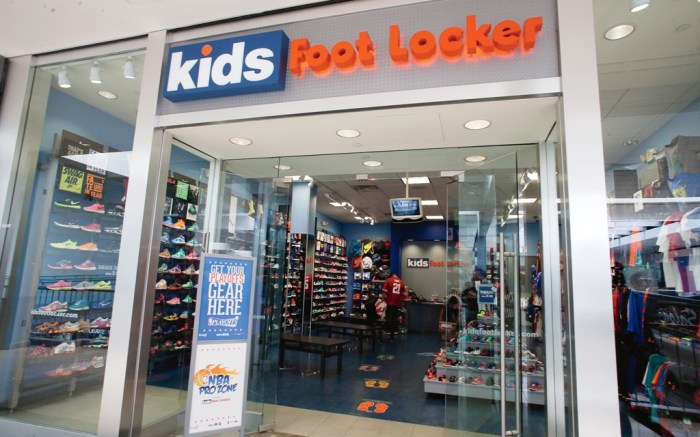 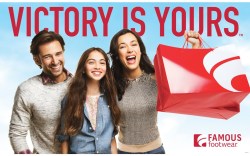 NEW YORK — School may be out for summer, but retailers already are anticipating students’ return to the classroom.

Storeowners said last week they are putting more emphasis on the critical period, and many are launching marketing efforts earlier than in the past.

“Back-to-school is like our Super Bowl,” said Will Smith, chief marketing officer for Brown Shoe Co.’s retail division. “As [the season] rolls around this year, we will reach our consumers in more ways than ever before.”

The retailer also is leveraging key partnerships to stay top of mind with parents this summer. For example, Famous Footwear is the title sponsor of the “Good Morning America” Summer Concert Series. “[It provides] us with a powerful platform and lead-in to the season,” Smith said.

Other major retailers, such as Target and Foot Locker, are putting the focus on digital efforts this year.

According to market research company The NPD Group Inc., online b-t-s shopping is expected to rise by 4 percent.

Foot Locker USA President and CEO Jake Jacobs is feeling upbeat about the opportunities for sales, thanks to the firm’s new online initiatives.

“E-commerce is performing very strongly, so I’m hoping it will continue to do well,” he said. “It has had significant gains year-over-year during b-t-s, so it should be a strong selling season for the digital side.”

The athletic retailer’s brick-and-mortar stores are in a good position as well, Jacobs said. As part of a refresh of all the company’s nameplates, the Kids Foot Locker chain has received an updated look for the season. “[The locations] have all been remerchandised, and the apparel business has been stronger in those formats,” Jacobs said.

Roger Brooks, owner of Brooks Shoes for Kids in Santa Monica, Calif., is cautious, despite coming off a solid year.

“I’m looking at back-to-school to be very flat,” Brooks said. “I’m going to be very conservative and maintain a defense posture in terms of inventory.”

Tip Top Shoes owner Danny Wasserman expects sales to be consistent with last year at his New York store. He already has begun to market for the b-t-s season to move out inventory.

“We’re starting now because we have a lot of goods,” Wasserman said, adding that local children are starting to return from summer camps and vacations.

Eddie Quintana, owner of Sesame Steps in Miami, wants to get a head start on selling. The merchant began issuing coupons and promotions to local schools even before the summer officially started.

“B-t-s has changed dramatically,” he said, adding that the bulk of his sales are driven by the private-school uniform business. “I started much earlier this year.”

But not all retailers are switching up their seasonal strategies. Confident that there will be a high consumer demand for footwear starting next month, Gary Weiner, president of Richmond, Va.-based Saxon Shoes, isn’t planning lengthy or sizeable sales promotions this summer. “We’re pretty sure we’ll be packed a good portion of August, especially during the weekends,” he said.

Greg Greenberg, president and GMM of Baltimore-based Shoe City, is turning up the volume on marketing efforts this year to cater to a trend-savvy crowd.

“Kids these days are more fashionable than I’ve seen in years,” Greenberg said. “What’s driving them is social media. They’re seeing entertainers and athletes wear these brands and [consumers] identify with it.”

In addition to grassroots events and direct mailers, Shoe City is emphasizing outreach through social media and its blog. Greenberg is optimistic about his prospects for the season, citing retro looks as a key driver for the business this season.

“The re-emergence of street fashion and basketball should definitely give us a gain,” he said.

“[Shoes] trend up and down from year to year, but this is definitely a footwear year,” said Marshal Cohen, NPD’s chief industry analyst. “It also will be a good indication of what’s to come as we move into the fall season and even into the holidays.”

Cohen noted that pent-up consumer demand is one reason for his strong forecast, since many parents held off on buying new shoes last year and now will need to replenish their children’s wardrobes.

But despite retailers’ early efforts, Cohen predicted customers will do the bulk of their shopping closer to September.

“Retailers start earlier every year because they want consumers to think of their store first before the competition,” Cohen said. “Consumers are not in a rush, but they know they are going to have to do some shopping.”