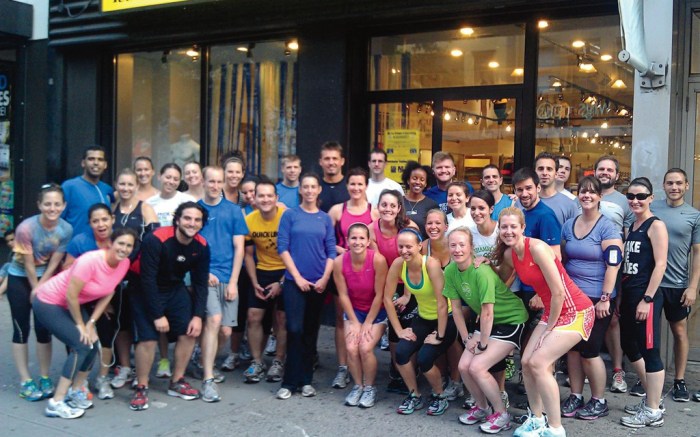 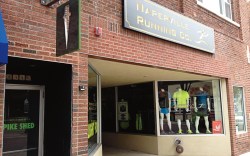 Independent footwear retailers are in a battle to either show off or be showroomed.

“Showrooming” is the term retailers use to describe when customers enter a store, shop various styles, try on shoes and then head online to buy them at the cheapest possible price. The tactic is as old as e-tailing, but smartphones with cameras and the ability to search QR and UPC codes in real time add a new imperative to the situation.

Rumors abound online about stores that have implemented shoe-fitting fees — from $5 to $25 — to ensure staff members aren’t wasting their time with customers who will ultimately make their purchases elsewhere, though few stores will actually go on record confirming such a tactic.

But retailers agree the issue does need to be addressed on the selling floor.

“We’re probably going to come to a point soon where we have enough customers coming in and doing this where we’ll have to have a policy [to address it],” said Sportie LA co-owner Isack Fadlon. “It wouldn’t be to challenge [customers] in a stern manner, but it would be to ask them why [they are doing this] and convince them to make the purchase now. If it’s a price issue, we may have to match it if we can.”

James Dion, a retail consultant and president and owner of Dionco Inc., acknowledged the uphill battle brick-and-mortar retailers face in fighting showrooming. “This is the effect of price transparency,” he said. “You can run, but you can’t hide. The price of any product is immediately available to any consumer.”

And while it may be difficult to score a clear victory over the practice, Dion noted retailers can implement certain strategies to minimize showrooming’s impact on business.

For example, he recommended storeowners start by examining their vendor base and support labels with a minimum advertised price policy. “If you are a branded shoe vendor, you’re going to want really good retail partners to protect your brand,” he said. “You have to decide up front who your partners will be going forward.”

Kris Hartner, owner of Naperville, Ill.-based Naperville Running Co., said his vendors have begun to enforce minimum advertised price rules and become more aggressive about introducing specialty product available only in brick-and-mortar stores. Hartner cited Nike, Asics and, starting in July, Mizuno as being proactive on this front. “It gives us something unique and exclusive,” he said. “It’s only been a year or so since we’ve had this. We’ve had some shoes that were running specialty-only before and the problem is that a lot of times those styles were like redheaded-stepchild shoes and weren’t widely worn. Now we have some styles that are really strong sellers that are for brick-and-mortar only.”

At New York-based JackRabbit Sports, owner Lee Silverman said he combats showrooming and online sellers by upping his own Web presence. Over the summer, the retailer will launch an online platform to help his employees locate sizes and colorways across the four stores. “It’s an inventory augmentation tool, so I can offer more product to customers,” Silverman said, adding that a consumer-facing e-commerce site would follow. “It certainly won’t increase the number of walk outs. It can only help.”

Jim Sajdak, president and CEO of Milwaukee-based Stan’s Fit for Your Feet, said he is exploring e-commerce options as well. “We don’t do e-commerce, but it’s a channel we’ll need to get into because you need to have that convenience for your customer,” he said.

However, Parker Karnan, president of the Independent Running Retailers Association, expressed doubts that going head-to-head with major e-tailers is the right move for retailers trying to combat showrooming. “All of us need to do what we’re really good at,” he said. “[Independent stores] are really good at creating relationships with their customers.”

Sajdak agreed, noting that his team regularly goes out into the community, meeting with professionals like physical therapists and explaining what the store can offer their patients. “They’re looking for places to send people to get properly fitted shoes,” he said. “What are they going to do? Send them to Zappos.com? No, they’re very happy to know we can take care of them. And when [customers] come in, they get the product, the fitting, the knowledge and they also get me.”

The hope is that once customers have gone through the entire fitting process they will feel obliged to buy rather than take their newfound knowledge online.

Dion added that he often advises retailers to offer footwear as part of a package deal. For example, shoes might be bundled with a T-shirt, shorts, socks or other items for a single amount. “When you offer packages, it’s much more difficult to price it,” he said.

Retailers also may have to face the hard reality that they need to increase their store’s footprint to challenge online sellers, according to Karnan. “That will at least let them compete with selection,” he said.

But in the end, storeowners said, chasing after a customer motivated solely by price ceases to make sense after awhile. Instead, catering to customers who appreciate product expertise and the full shopping experience may be a wiser approach.

“I don’t know how you stop [showrooming],” Sajdak said. “But I know our business continues to grow despite online retailers and big-box stores because there is a consumer out there who wants to be educated and go to a store with great footwear and knowledgeable [salespeople]. There is a lack of that type of shopping experience today.”

Fadlon agreed: “We still hope and believe the majority of our customers want to see, touch and feel, and have the experience of discovery and seeking something out and feeling very good about it. It’s the tangible element you can’t get online.”