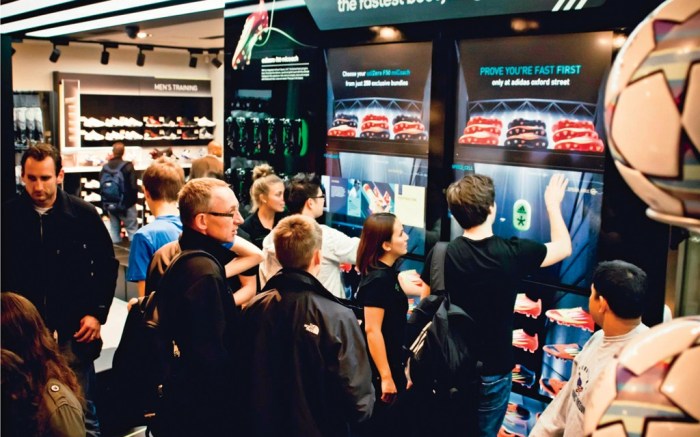 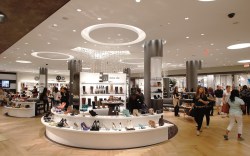 Omnichannel was one of last year’s biggest buzzwords — and now retailers are racing to implement ambitious and costly new tech-driven initiatives to stay ahead of the competition.

“2013 represents a transition year, with retailers realizing that now is the time to revisit their technology playbook,” said Deborah Weinswig, an analyst at Citi Investment Research. “Companies are hiring data scientists, establishing offices in Silicon Valley and stepping outside their comfort zones to defend their turf.”

As shoppers use more devices to buy products and compare prices, it has created what some industry experts are calling hyper-channel consumers, or shoppers who are no longer satisfied with buying from just one store for a specific product. Consumers also want to be in charge of their own shopping experiences; they don’t want storeowners to define them.

Wendy Liebmann, CEO of WSL Strategic Retail, noted that many retailers, especially U.S. department stores, “had a pretty quick reality check in the last couple of years that omnichannel is not just defined simply as bricks-and-clicks.”

“If I’m a department store, I can no longer just look at what the people in my traditional competitor set are doing. I have to see what someone like Walgreens is doing,” she said. “Nowadays, the shopper is willing to go to different channels to get a product, and digital has just heightened that.”

Weinswig estimated that retailers will increase their capital expenditure on information and technology to support their omnichannel initiatives by an average of 1.4 percent this year, versus a decrease of 0.7 percent last year.

Macy’s, which last year unveiled in Herald Square the world’s largest women’s shoe department, is getting aggressive with radio-frequency identification (RFID) technology and is utilizing social media more than before to communicate brand messages and spread the word about promotions, in association with its “My Macy’s” merchandising strategy to localize assortments.

Karen Hoguet, Macy’s EVP and CFO, recently told analysts, “RFID is going to be an important part of the shoe floor. You would think [we] would not be testing technology in [our] biggest store, but we’re about to do so.”

When Saks Fifth Avenue relaunched the 10022-SHOE floor in its Manhattan flagship, also last year, it included many digital elements such as iPads that customers can use to browse Saks.com and its social media platforms, as well as a live shoe cam directed at shoppers’ feet.

The retailer is now working with Oracle to identify emerging trends across e-commerce, store and mobile channels, to better manage offerings to meet customer preferences — an effort that will continue through 2016 and cost between $30 million and $40 million. Last week, it also introduced free shipping on all online orders, a move that now puts it on par with competitors such as Nordstrom and Zappos.com.

Meanwhile, Belk Inc. is investing $600 million over the next five years to modernize its stores, with $270 million to be spent on remodels and expansions, and $263 million going toward new technology.

“Our investment in IT is approaching the level of that in stores,” said Thomas Belk, chairman and CEO of the Charlotte, N.C.-based retailer.

“That got our attention and really motivated us,” said Belk. “[We realized that] in the digital world, our brand can be much bigger than our footprint.”

Investing in digital is a focus of retailers worldwide. U.K.-based Selfridges said it plans to update its online store this year (although the firm would not give specifics), and execs noted that footwear remains a key category for e-commerce because the retailer always strives to keep its offering fresh.

“We have to keep on top of [everything that changes] because if we are not doing it, someone else is,” said Helen Attwood, buying manager for shoes at Selfridges.

Peter Harris, president of Hong Kong-based Pedder Group, which runs the Lane Crawford department stores, said investment in IT has stepped up considerably, to be commensurate with the increased rate of return on investment seen from existing omnichannel initiatives.

Harris told Footwear News, “Specific to footwear and accessories, our approach in terms of harnessing technology is to increase our customer experience.”

Technology also is working well for brands such as Adidas, which is testing touch screens developed by Intel to allow customers to instantly see in stores how a shoe works; which star athlete might be endorsing it; what colors it comes in; if a size is in stock, and more.

According to Chris Aubrey, director of commercial experience at Adidas, the Oxford Street store in London, one of two global flagships testing this technology, last year sold more shoes out of one store in two weeks than three stores typically do in six weeks.

The firm will roll out the screens to other global locations this year, Aubrey added.

Looking ahead, experts are encouraging retailers of all stripes to invest in other IT developments, such as predictive analytics and Near Field Communication (NFC) — a technology that lets consumers wave a smartphone in front of a payment terminal to buy goods and services.

They added that more resources should be spent on increasing integration across channels through innovative marketing, to gain both mind share and market shares.

“Market analysts may separate online, mobile and brick-and-mortar, but consumers don’t make these distinctions,” said Vicki Cantrell, executive director of Shop.org, the National Retail Federation’s digital division. “To succeed in this omnichannel world, retailers [must] actually deliver the same quality of service, anytime, anywhere, in any way — one organizational, cultural and operational change at a time.”

What all this means, said Liebmann, is that retailers have to constantly rethink their offerings, make sure customer service is in tip-top shape and put money toward updating all channels at the same time.

She added, “Follow the shopper and she’ll lead you to the future.”