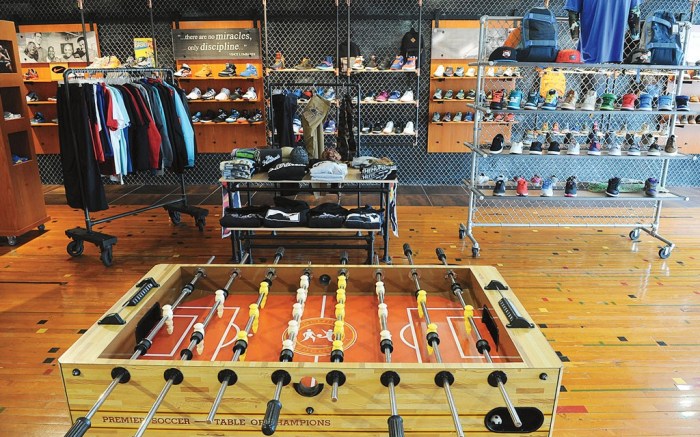 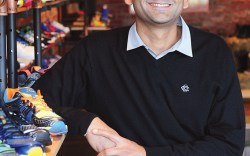 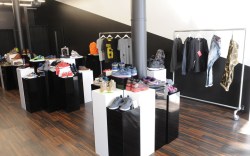 What started as a mom-and-pop store in East Northport, N.Y., has grown into a thriving sneaker retail force with multiple concepts.

When Ankur and Nick Amin’s parents purchased Renarts in 1981 from its previous owners, the athletic boutique already had a solid rapport with major vendors, as well as the local community. The Amins quickly took the business to the next level, emphasizing a family atmosphere and personal, sit-and-fit service. Into the 1990s, sales grew 10 percent to 15 percent year-over-year.

“We were founded on the premise of customer service,” said CEO Ankur Amin, who worked with his brother in the store starting in their teens. “My dad came from retail back in India, and he always preached to us, ‘Whatever you do, always take care of the people providing for you.’”

By 1993, the family had branched out with a second store. Eight years later, they relocated the East Northport flagship to its current, larger, 3,600-sq.-ft. space. “[Adding a second location] was a bold move because our rents nearly doubled,” recalled Nick Amin, CFO. “But I told my brother and dad that big-box [competitors] were going to move in, and if we wanted to beat them to the game, we needed to have a [high-traffic] location customers could see.”

The expansion paid off, with sales climbing between 15 percent and 25 percent each year through 2007. “It really put us on the map and gave us financial stability,” said Nick, adding that during that time the family also bowed a Renarts kids’ boutique and the first U.S. Merrell store in partnership with the outdoor brand.

The company continued to thrive through the mid-2000s, but the Amins didn’t rest on their laurels. Building on the core values instilled by their father, who retired in 2005, the second-generation owners created a business model that put success in the hands of the employees. “We’ve taken on partners instead of just employees,” Ankur explained. “It’s how we want our company culture to be, and we’re always looking for people to cultivate and grow our brands further.”

That approach proved fruitful in 2007, when Ankur and employee Jason Faustino joined forces to launch lifestyle sneaker-focused retail concept Extra Butter. Faustino, who started as a Renarts sales associate, is now an operating partner with the Amins and runs Extra Butter’s locations in Manhattan and Rockville Center, N.Y.

“Extra Butter is less athletic driven, and it speaks to people looking to make a statement with their style,” Faustino said of the shop, where sales are projected to increase 45 percent this year.

Extra Butter’s name and design concept are inspired by old-school movie theaters, replete with shoe shelves that resemble frames of a film reel, strip lighting and even a functioning movie screen. Renarts’ interior, meanwhile, is reminiscent of a 1980s gymnasium, with vintage details such as lockers and bleachers.

The product mix also varies between the two concepts. Renarts is known more for core athletic products, such as running sneakers, soccer cleats and wrestling shoes, from vendors including Nike, Reebok and Asics. Extra Butter stocks retro-style items from Ewing Athletics and Jordan, as well as its own sneaker collaborations with brands.

Still, one common thread unites the two stores: a commitment to customer service, which is the hallmark of the original Renarts store. “Whether you’re in the sneaker culture or not, you can come in here and get your foot fitted and find something fresh,” Faustino said.

Scott Saltzman, national sales manager for Puma image accounts, said the retailer’s genuine passion for sneakers is at the heart of its success. “I didn’t have to sell them on the product because they knew more about the product than I did,” Saltzman said. “They live and breathe sneakers, and it comes off as authentic in the way they run their business.”

Louis Colon, Fila’s director of lifestyle and heritage product, also praised the retailer’s understanding of the market. “They know how to segment the business, and that’s what makes them different,” he said. “Whereas other boutiques need to stick to one lane and feed one type of consumer, they have a family that’s expanding and growing.”

In fact, just last month, Renarts bowed its newest concept, Rise, in Huntington Village, N.Y. Run by Chase Ceparano, Rise caters to a more sophisticated shopper with brands such as Timberland, Red Wing and Thorocraft, as well as Renarts’ key athletic vendors. The boutique features a minimal interior, with footwear displayed in the middle of the sales floor rather than on wall units. To build buzz, Rise plans to release several branded collaborations in 2014.

Ceparano, who like Faustino started with Renarts as an associate, said the Amins’ vision and leadership have positioned the company for strong growth in the future. “As the younger generation of this business, we’ve had great tutelage from Nick and Ankur,” Ceparano said. “They’ve guided us in what to pursue and what to stay clear of, and we have a multifaceted umbrella of stores where we can cater to just about anyone.”

With Faustino and Ceparano spearheading Renarts’ newest concepts, Nick Amin said the future of the family business is bright. “We’re in a position now where we can grow for the next three to five years,” he said. “But we only want to do it organically, and I have faith that these guys can do it.”