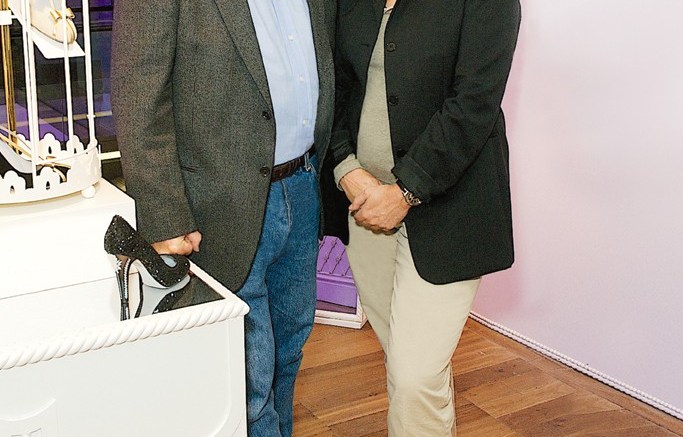 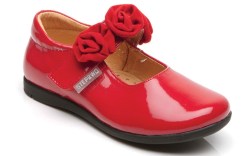 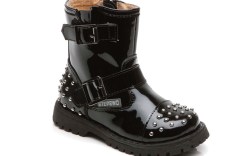 He knows the secrets to wooing some of the world’s most discerning parents.

For more than 25 years, Nick Rayne’s London-based firm, Step2wo, has operated at the top end of the kids’ market. The company, which Rayne runs with his wife, Lulu, manages the children’s departments at upscale U.K. retailers Harvey Nichols, Selfridges and Brown Thomas. Among its offerings are designer collections including Gucci, Burberry and Armani.

Step2wo also has four multibrand stores in China, as well as its own children’s shoes under the Step2wo label, which is sold to 250 wholesale accounts worldwide. Stores include Tsum in Moscow, Kids 21 in Singapore and e-tailer Alexandalexa.com. “There is quite a large clientele for designer kids’ goods. It’s amazing what people are willing to spend,” said Rayne, citing a recent Selfridges Oxford Street exclusive with Italian brand Lelli Kelly that had customers lining up to buy Swarovski crystal-embellished canvas sneakers for $600 a pair.

Though Rayne has built his career in the luxury business, the love of footwear is also in his blood. He is a fourth-generation member of the shoemaking family behind the legendary Rayne women’s label, founded in 1885. Following a 20-year absence from the market, the brand recently was resurrected by Rayne under French designer Laurence Dacade.

For Rayne, it’s an exciting time to be in the shoe business, particularly the children’s space. Nearly every big-name designer has added kids’ footwear, and major department stores are putting resources into the category. Still, it’s also a challenging time, as mounting economic pressures in Europe have forced many high-end kids’ players to seek out new business overseas. “It’s been a tough five years for everyone,” he said.

Here, Rayne talks about the changing landscape in the children’s industry, navigating new markets and how the royal baby could mean big business.

The number of designer brands entering the kids’ business has accelerated in recent seasons. What is driving this?
NR: If you go back 20 years, almost none of the top designer brands did kids’ shoes. Now almost all of them do. There is a strong rationale to it: It costs so much money to create brand recognition that it makes sense to use it for all the different product categories you can. It’s relatively cheap to add an extra category because you’ve already spent millions creating a brand image. Kids’ shoes also have that “oh, cute” factor — it’s a talking point for a brand. And in some cases, kids’ shoes can be quite successful commercially as well.

Has today’s celebrity culture been a factor?
NR: It does play a part here in the U.K., but much less so than in the States because the celebrity mothers here are more private and generally try not to prominently publicize their children. We did have a big jump in sales recently when David and Victoria Beckham’s [2-year-old] daughter, Harper, was photographed wearing a pair of Dr. Martens [boots].

With so many adult brands crowding the kids’ category, how are the smaller labels faring?
NR: It’s a difficult situation for them. They’re definitely suffering. Step2wo is one of those small brands, so we feel it ourselves. With adult brands dominating the top end of the market, kids’ labels are being marginalized. No matter how good their design and their product, these brands can never compete with the level of brand recognition.

How important is the children’s business to the department stores you work with?
NR: Most department stores here in the U.K. are expanding the amount of space they’re devoting to kids’ shoes and clothes. It’s an increasingly important business for them. One major reason is because although kids’ sales are generally lower than adult sales on a per-square-foot basis, children’s departments draw families to the store. Families will come in to buy something for their kids and then they’ll browse and buy things in other departments and eat in the restaurant. They spend half the day in the store. If you look at the bigger picture, it actually makes very good economic sense.

How challenging is it to juggle your role as concessions operator with running your own brand?
NR: It’s hugely complicated. With our Harvey Nichols concessions, for instance, we don’t just do shoes — we also do clothing. There are so many brands to manage, and the business is incredibly fragmented. Then there are the politics that come with the fact that we have our own brand. People are aware the departments are named Step2wo and will therefore feature a higher concentration of Step2wo products, but we do have issues with brands questioning their position on the floor and the other brands they are mixed with.

What factors play into planning the product mix for the concessions?
NR: It’s a real challenge because you’re dealing with a limited amount of space and budget, and there are so many brands today. You want to have a mix of the must-have brands, the up-and-coming [labels] and then the commercial brands because they always sell. You also have to have some sports brands because people often want to buy, say, a Converse shoe as a second pair. We stock something like 60 collections, and about 40 of those we carry season after season. But the other 20 or so are constantly being reviewed. You have to be brutal: When a new brand comes along, you have to say goodbye to another to make room for it.

What are some of the really hot lines right now?
NR: Ugg Australia and Gucci continue to sell very well. But the new one that’s pulling in big sales is Dr. Martens. The brand kind of went out of fashion and now it’s back with a vengeance.

How is the economic situation in Europe impacting the high-end segment?
NR: Retail in most European countries has been very difficult for some time now. You see it at trade fairs such as Pitti Bimbo. The main stands are busy, but mostly with retailers from outside the European Union. Much of the action has moved to markets like Russia, the Middle East and Asia. Brands are replacing some of their lost business in Europe with [new business] in these other markets. Here in the U.K., though, business has never been as bad as in the rest of Europe. Particularly in London, we’ve been somewhat more insulated [because of tourist traffic].

How are your Chinese stores performing?
NR: China has proven to be a very difficult market. When we opened our first store there six years ago, we were the first luxury multibrand children’s shop. Now there is a plethora of competition, not only from other retailers but top labels that have opened their own [stores]. For us, that means we can no longer stock many of those very well-known labels, like a Gucci or a Dior, which is the whole reason we opened our stores in the first place.

Will the royal baby boost the kids’ business?
NR: Prince George is still a baby, but we’re already seeing it. He was photographed leaving the hospital swaddled in [an Aden & Anais] blanket, and that brand’s sales went through the roof. Whatever George wears is going to be closely watched, and it will certainly have a halo effect over the whole business. And if the royal couple goes on to have a little girl, it will only [intensify].

You relaunched the Rayne label in September at Selfridges. What does that mean to you?
NR: It was very sad when my family sold the business in 1987. It almost felt like it had been abducted from us. So to have it back after 26 years is a hell of a kicker. The idea is to build the business very slowly in a bit of a dilettante way, rather than trying to plaster it all over at once.