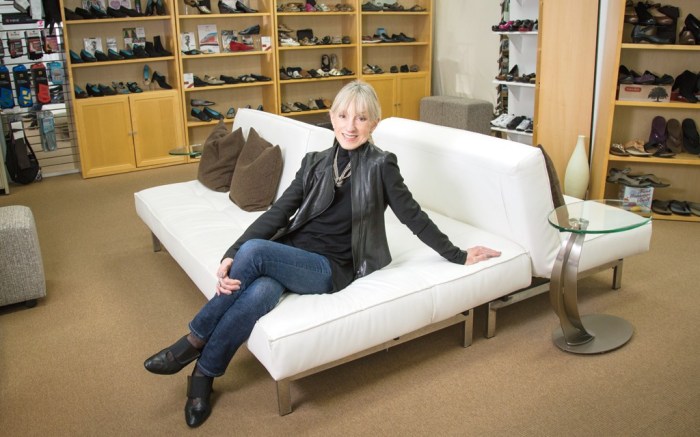 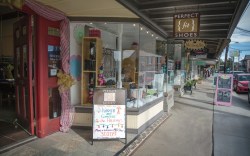 When Gini Davis sought a new space for her fashion-comfort store, Perfect Fit Shoes, in 2011, she stumbled upon the perfect spot.

The location was closer to her New Orleans physical therapy practice and had increased foot traffic as well as a retail partner to share the space. The store is housed within Spring Boutique, a women’s apparel and accessories shop in the city’s historical Uptown district. The boutique occupies the front part of the store, and Perfect Fit has the back. However, each maintains a storefront window showcasing their banners and merchandise, giving them an on-street presence.

“You have to cut your expenses wherever you can,” Davis said about the high cost of doing business in the city, due to everything from rent to hurricane and flood insurance. “The concept developed to combat escalating rental costs in this high-demand [area].”

With the new arrangement, Davis added, she was able to reduce her expenses by about 20 percent. “We moved to an area where rent and lease space is generally more expensive than in our previous location, so sharing the space made the move possible,” she said.

Davis, a practicing physical therapist, opened the original Perfect Fit Shoes in 2007 in a strip center in the suburb of Metairie, La. “It was a destination location with no walk-by traffic,” she said.

Though the store’s footprint decreased 200 feet with the move to a total 900 square feet, it is now in a more visible locale and nearer to her physical therapy office. (When Davis is busy treating patients in her practice, store manager Brian Leblanc, also a fit specialist, sees to the customers.)

And it was the patients who motivated her to go into retail. “My female patients said over and over [they couldn’t] find shoes to fit their feet that were stylish and comfortable,” said Davis. “I knew the shoes were available, but not in New Orleans. And I knew I would be able to select [styles] that would be appropriate for the foot problems I’d been treating.”

Davis had certain criteria to meet when putting together her vendor list, beginning with a focus on styles with removable footbeds. “As a physical therapist, I can make custom orthotics and can modify [existing] footbeds to suit individual customers’ needs,” she explained. And, she noted, area doctors routinely refer patients to the store for footwear that will accommodate their orthotics or ankle braces.

Vendors, too, said her medical expertise is a major benefit. Michael Ciccia, owner of Cordani, based in Wakefield, Mass., compared Davis to a doctor recommending appropriate footwear. “She’s in tune with her customers’ needs and buys with particular customers in mind,” he said. “For her, it’s not just about a shoe’s aesthetics. She does a lot of fit features. She’s aware of the adjustment [abilities] she can get.”

Still, the relocated store, which opened in fall ’11, has already weathered its share of storms, including Hurricane Isaac last September, making sales predictions murky. “It would be difficult to forecast for 2013, although I remain optimistic,” Davis said.

The store’s interior has a no-frills design built around two white futons that offer a cozy shopping experience. Instead of industrial-style shelving, shoes are showcased on blonde-wood bookcases. And though Perfect Fit shares a physical space, it maintains separate customers from its retail partner, with Davis targeting 45- to 65-year-old women.

According to Davis, the move has given her access to a new clientele of locals and tourists visiting the historical district, the latter including conventioneers as well as Loyola and Tulane University parents and faculty. However, she’s managed to hold on to more than half her original customers.

The new location also prompted Davis to tweak her assortment to appeal to a younger audience. She added the Kork-Ease, Cordani, Cobb Hill and Earthies brands, and expanded her assortment from Orthaheel and Dr. Weil. Other key labels include Thierry Rabotin, Munro, Think and Finn Comfort, as well as extra-depth styles from Drew Shoe.

Therapeutic brands such as Drew and P.W. Minor account for just 10 percent of sales. “We’re not heavy in this area,” said Davis. However, she added, in the extra-depth category she focuses on more fashionable looks such as Mary Jane styles. “If a woman has to wear extra-depth shoes, they [don’t] need to look orthopedic in style or color.”

Bernie Richfield, director of sales for Laurevan Shoes in White Plains, N.Y., lauded Davis’ eye for both fashion and comfort. Davis now carries both the company’s mainstream La Plume line featuring removable footbeds and its Eric Michael collection of fashion-comfort looks. “Because we’re an open-stock company, Davis can do tests with us,” said Richfield. “She always takes her time and is very analytical about her buying.”

These days, Davis’ biggest challenge remains educating women that comfort does not have to be dowdy. “I wish I had a nickel for everyone who said, ‘I need to get my mother to come into your store for shoes,’” she said. “They have a pre-conceived idea of comfort.”