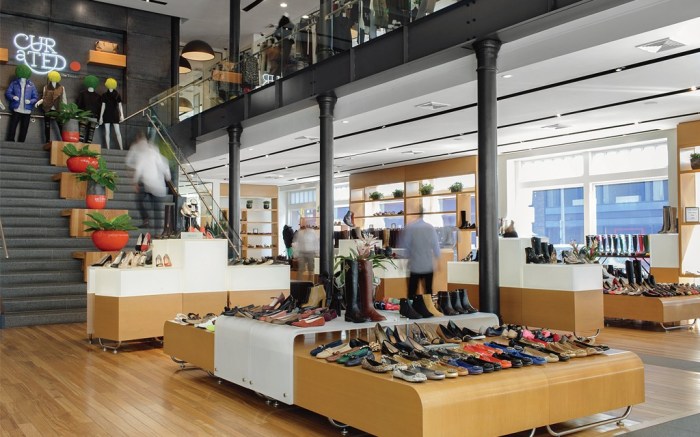 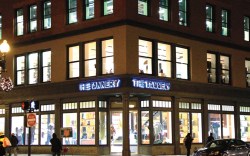 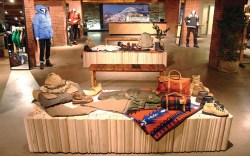 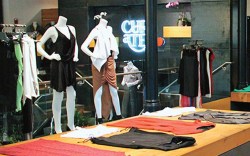 Since it opened shop four decades ago, The Tannery has had one rule for all staff members: The front door stays open.

“It doesn’t matter if it’s too cold or too hot out, we’ve always implemented an open-door policy,” co-owner Tarek Hassan said, noting that there have even been times when courtesy jackets have been loaned to shoppers. “The store is really the most inviting when the doors are always open.”

That welcoming spirit is the driving force behind the evolution of the retailer’s in-store environment. Even as the flagship has grown, its focus on maintaining an intimate and unique shopping experience has been key to building customer relationships.

In 2010, the company unveiled its 21,000-sq.-ft. flagship at 711 Boylston St. in Boston, nearly doubling the size of the original location in Cambridge, Mass. The added room has enabled the owners to curate individual environments within the store to better serve the variety of product that The Tannery carries.

“We wanted to target a specific demographic with each highlighted category,” Hassan said. “Each area of the store has its own feel.”

The Wilderness Workshop, a space for outdoor brands and American heritage products, is on the bottom floor. The staff wear Americana attire and the decor includes nuances such as reclaimed wood, vintage sewing machines from shuttered New England factories and lower-wattage lighting.

“It could be a different address,” Tannery buyer Andrew Hampshire said of the area, which also features a coffee bar and magazines. “We’ve found that those types of consumers like to take their time with purchases, so the space is more inviting.”

The second floor, dubbed Curated by The Tannery, is dedicated to high-end footwear, accessories and apparel. The decor is minimalist, with white cubed shoe walls that call attention to luxury labels such as Lanvin, Balenciaga, Gucci and Prada.

“The space is designed with more of an artistic vibe,” Hassan said. “We have to meet the expectations of that discerning consumer who shops for these types of products.”

The retailer’s current layout represents an evolution of the shop-in-shop concept that it helped pioneer in the 1980s. According to the owners, The Tannery was one of the first independent retailers to partner with key vendors to create custom environments inside the store.

“We did that because we wanted to tell powerful brand stories,” Hassan recalled. “Every brand wanted to showcase themselves with their own [point-of-purchase displays], and every corner of the store looked unique. It had never been done before.”

Still, the owners realized they couldn’t rely on their vendors to dictate the store environment and that they needed to craft their own retail identity.

In 2010, with the opening of the Boylston flagship, The Tannery began to walk away from the concept-shop approach completely, instead focusing on building its own image. While retaining the goal of strong segmentation of its footwear selection, the retailer moved to departmentalize its format to appeal to more shoppers.

“The store now offers a more seamless experience for people to search for their brands,” Hampshire said. “Products are much more efficiently separated for the consumer.”

Being able to quickly modify the store layout to align with product trends is also a key part of The Tannery’s strategy, Hassan said. For example, to capitalize on the hot luxury-sneaker trend, the owners are building a custom-made fixture at the Boston flagship to showcase that type of footwear.

And when the economy shrank and unemployment hit a high in 2009, the owners also overhauled their Cambridge location. They updated it to look less like a Barneys New York-inspired, high-end retail store and more like a laid-back boutique, with earth tones and refined wood finishes.

“We’re not afraid to turn things around when we need to,” Hassan said. “We need to show the consumer that we’re adaptable, on top of trends and understand what’s going on in the market.”

To that end, The Tannery is investing in more changes to its flagship store on Boylston. Within two years, the retailer plans to unveil a new concept on the fourth floor to showcase The Tannery’s brand collaborations and exclusive product, as well as its private-label apparel.

“It’s becoming a bigger part of the business for us,” Hassan said. “We have the products and ideas that would make that floor work.”

The company’s digital platforms also are being revamped to better match the retailer’s brick-and-mortar presence. An updated e-commerce site, which will offer access to all of The Tannery’s departments, is slated to launch later this year or in early 2014. Each store concept under The Tannery will also have its own Web address.

Despite the changes to the business, one thing will remain constant at The Tannery. “We’re always doing something, and it will never stop,” Hassan said. “Also, the doors will still be open.”